Hailed as the fashion capital of Italy, if not the whole of Europe, Milan is a city in the north of the country. It attracts 8 million tourists per year, with beautiful architecture, art galleries and luxury hotels and restaurants making it an attractive destination. The city is home to two of the most successful soccer teams in the world, and there is plenty to see and do when visiting the city on one of our best Milan tours. Enjoy the very best this city has to offer with this guide to its top sights. 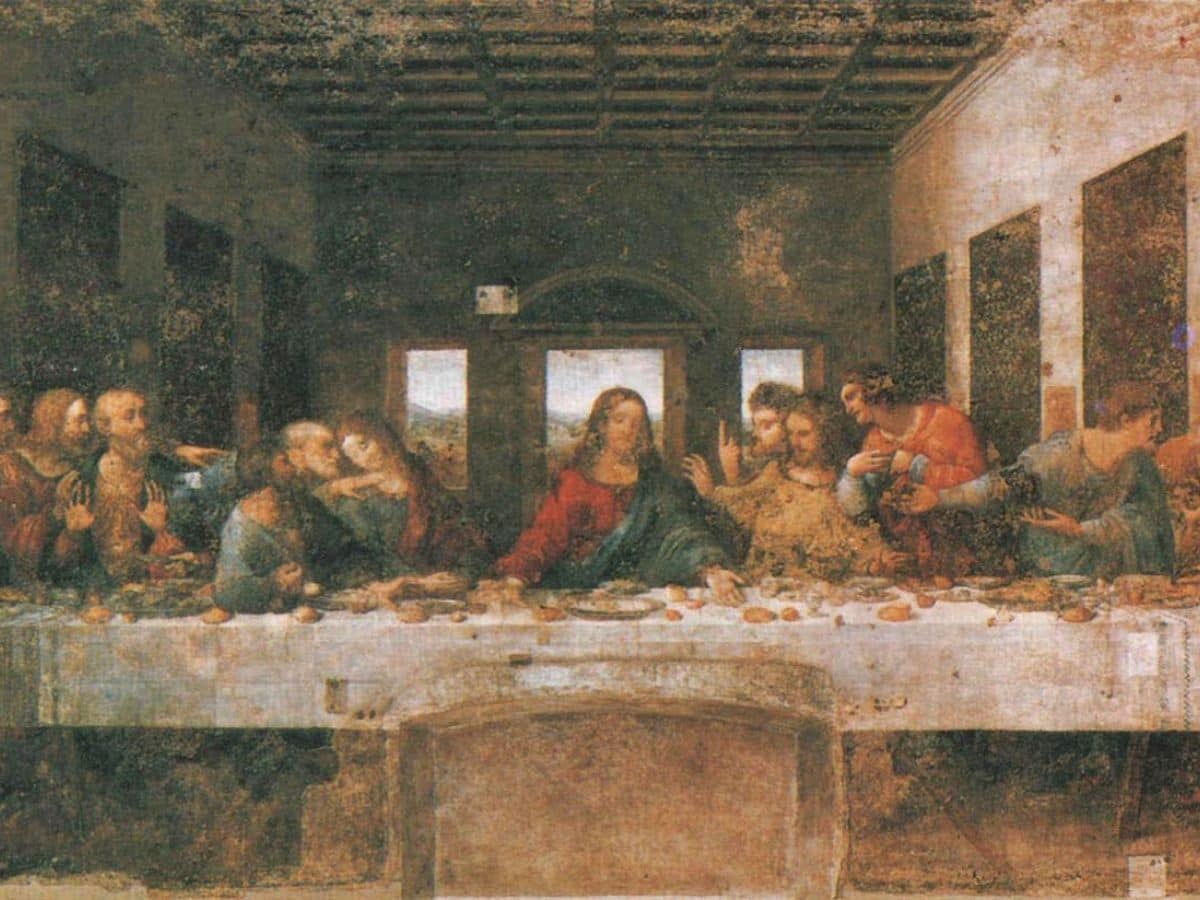 Art doesn’t get much more spectacular than this - The Last Supper is a mural by Leonardo da Vinci, painted in the 15th century. You can see it at the Santa Maria delle Grazie in Milan on our Last Supper Tour. Milan has plenty of art, but this is one of the most recognizable paintings in the entire western world. Only 1300 people are allowed to visit the painting each day, so it is an absolute must-see when traveling to Milan. 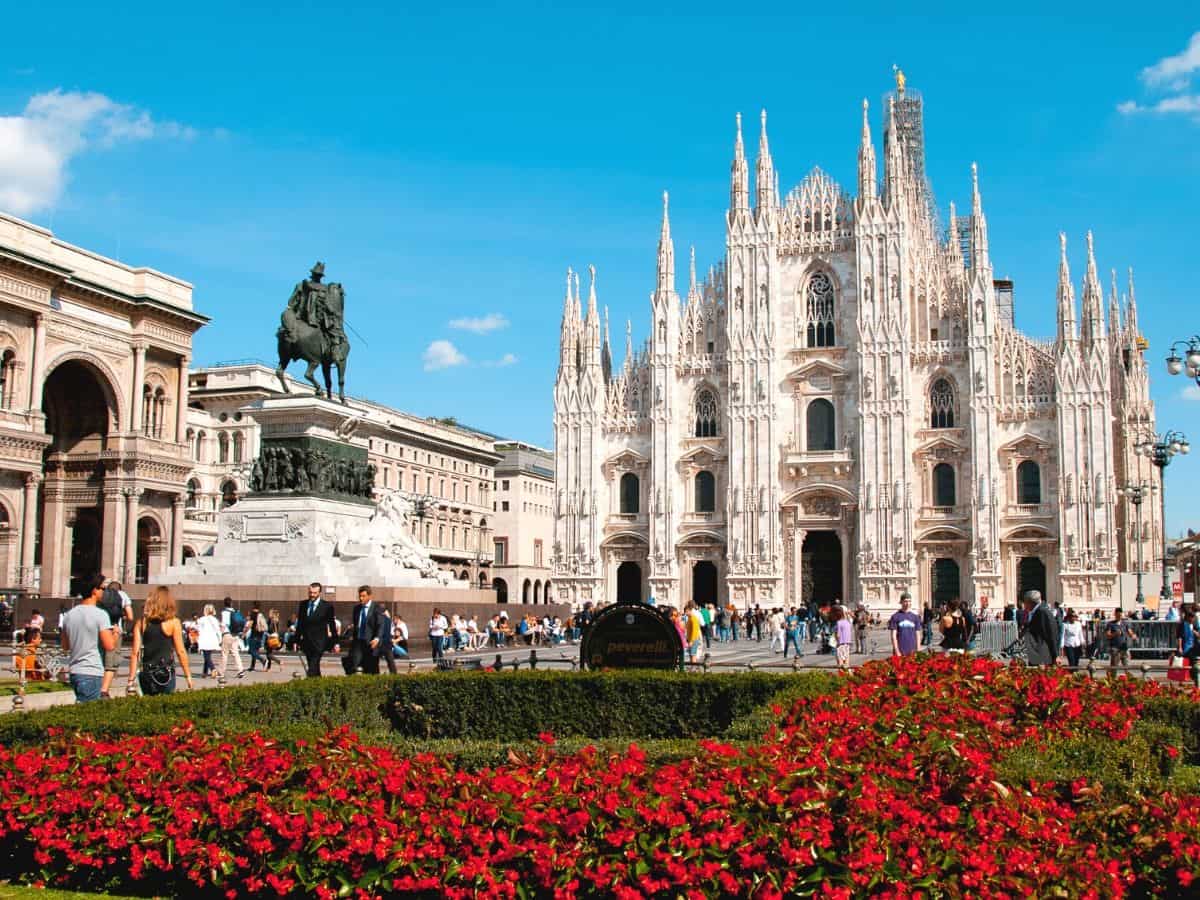 Possibly the building that springs to mind for most when thinking of Milan, Duomo di Milano is the city’s Gothic cathedral. It is dedicated to the Nativity of St Mary and is also the seat of the Archbishop of Milan. The cathedral took nearly six centuries to complete and it’s easy to see why as you marvel in the ornate nature of its Gothic architecture. Other than St. Peter’s Basilica, which is in the independent state of the Vatican City, it is the largest church in Italy. Inside you will find a huge amount of artwork: sarcophagi, altars, Renaissances paintings, even a video installation. Visitors can visit the roof of the cathedral too, allowing for up-close views of incredible sculptures and the city itself.

Home to the cathedral, Piazza del Duomo is a lively square. It is at the center of Milan both geographically and in terms of social and political importance - and it's one of the busiest areas in the city. Dominated at one end by the cathedral, the square is beautifully cobbled and full of shops, bars, restaurants and museums. The buildings in and around the square are breathtaking, and it is the perfect place to stand if you want to see examples of beautiful architecture while watching the world go by. You’ll see the Royal Palace of Milan, The Galleria Vittorio Emanuele II, and a monument to Emanuele II too.

The square, like all of Milan’s piazzas, is full of places to eat and drink. The city’s traditional culinary dishes include cotoletta alla milanese, which is breaded veal fried in butter, cassoeula - pork rib chops and sausage with Savoy cabbage - and brasato, stewed beef or pork with potatoes and wine. Milan has over 150 Michelin-selected restaurants, and you can still visit the city’s oldest surviving cafe, Caffè Cova. 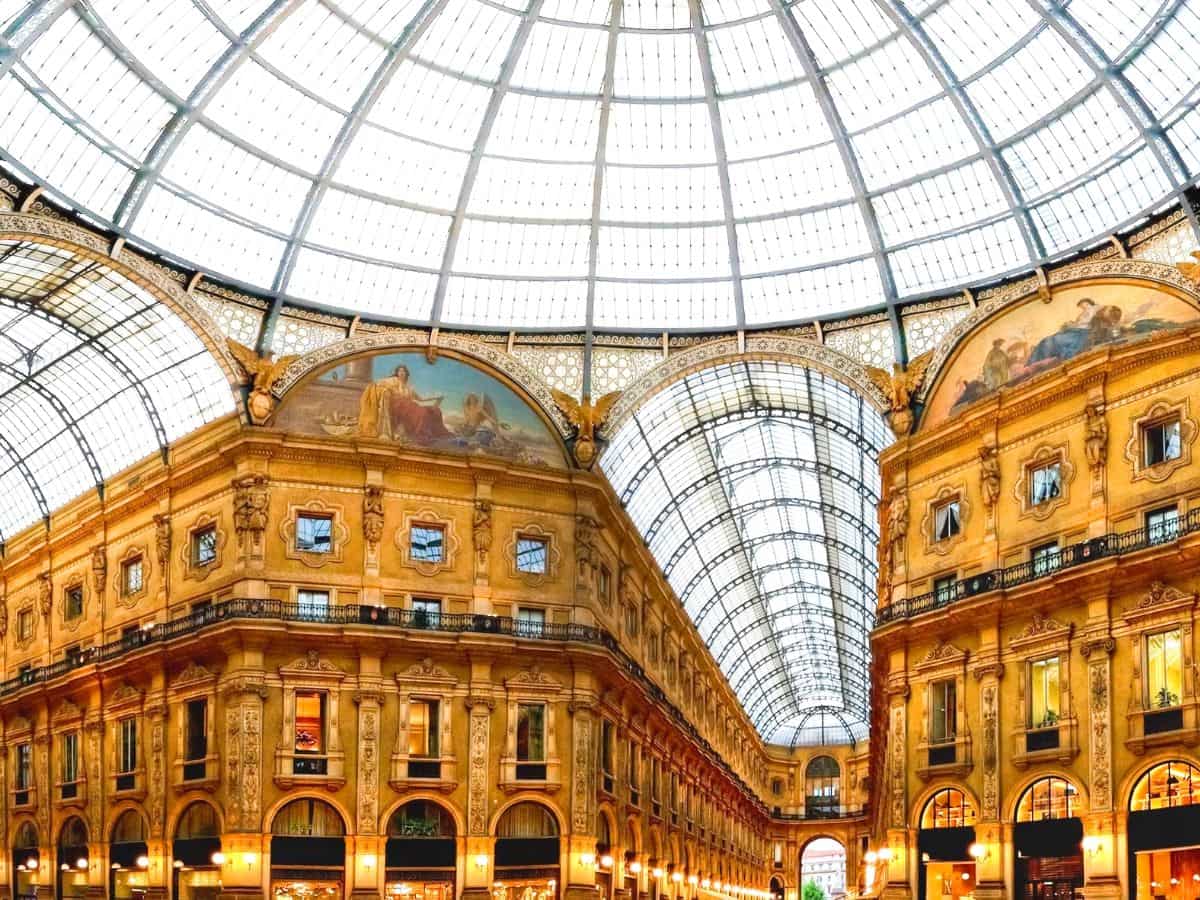 Italy’s oldest shopping mall to still be in use today, the four-story double arcade building is located in central Milan. It was built in the 1860s by architect Giuseppe Mengoni, and it has an iron-and-glass roof over the street which has been an influence on architects since. The shopping mall contains luxury retailers, jewelers, a hotel, restaurants and more. Being the fashion capital, it comes as no surprise that all the big-name designers have a store in the gallery too!

At 7,000 square meters, the palace is spectacular. Originally the seat of government for Milan, it is now a cultural center and is used for hosting international art exhibitions. The building itself is stunning and can be seen from Piazza del Duomo. It was reconstructed in the 21st century, and has hosted artwork by Picasso, Monet and more. If you are interested in European art, the Royal Palace of Milan is an incredible place to visit on a trip to the city. 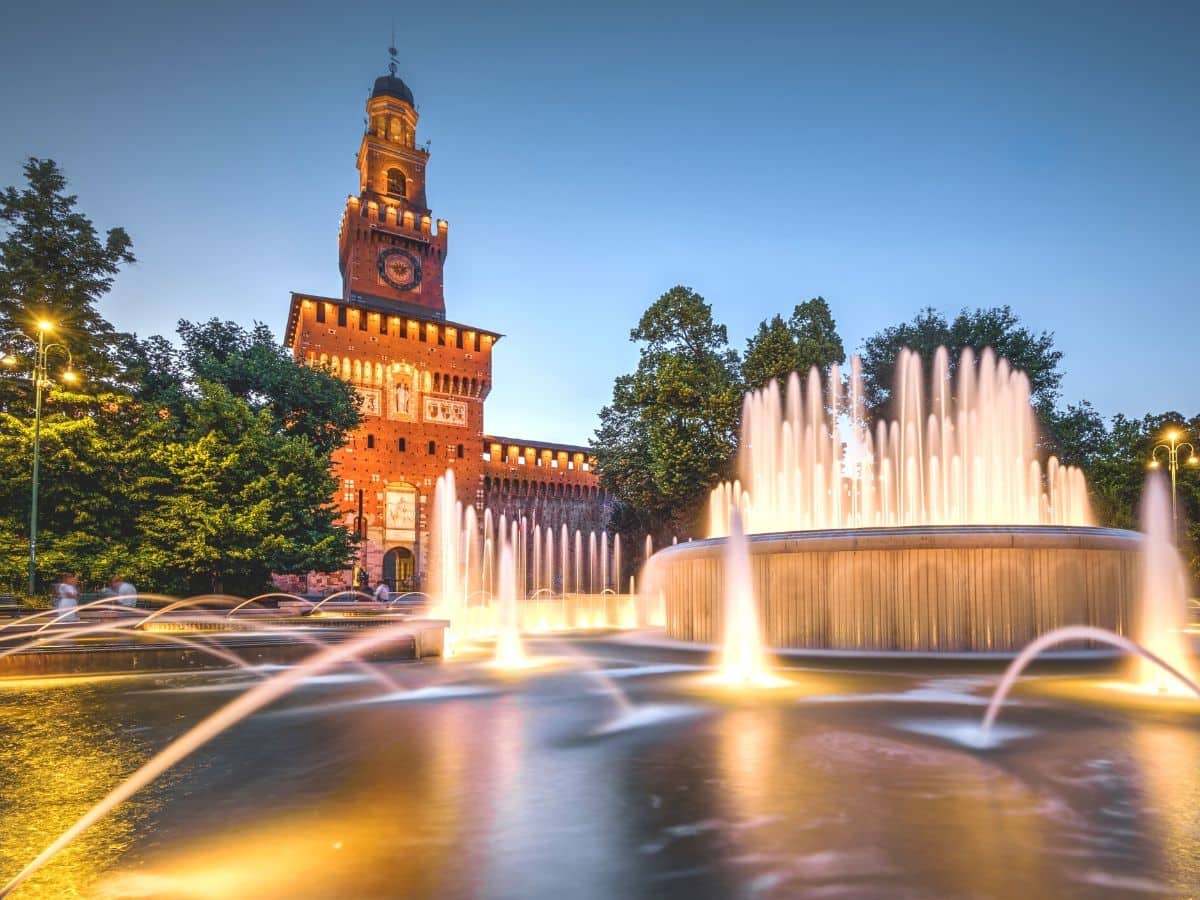 Known in Italian as Castello Sforzesco, the Duke of Milan built the castle in the 15th century on remains of an earlier fortification. It was extended and rebuilt a few times before 1905, and is now big enough to contain several museums and art collections. The castle was decorated by several incredible artists of the day: Leonardo da Vinci, Zenale and Butinone, Bramante. It has been used for many things over the years, but is now a place where visitors flock to see art and artifacts. Some of the museums located at the castle itself are:

Home to both of the city's soccer teams, AC Milan and Inter Milan, the stadium’s full name is actually The Giuseppe Meazza Stadium. It seats over 80,000 people making it the biggest stadium in Italy, and one of the largest in the whole of Europe. It has hosted Euros and World Cup matches as well as boxing matches and even a rugby union game in 2009! Concerts are hosted here too, with the likes of Muse, Rihanna and Ed Sheeran having performed at the San Siro in recent years. 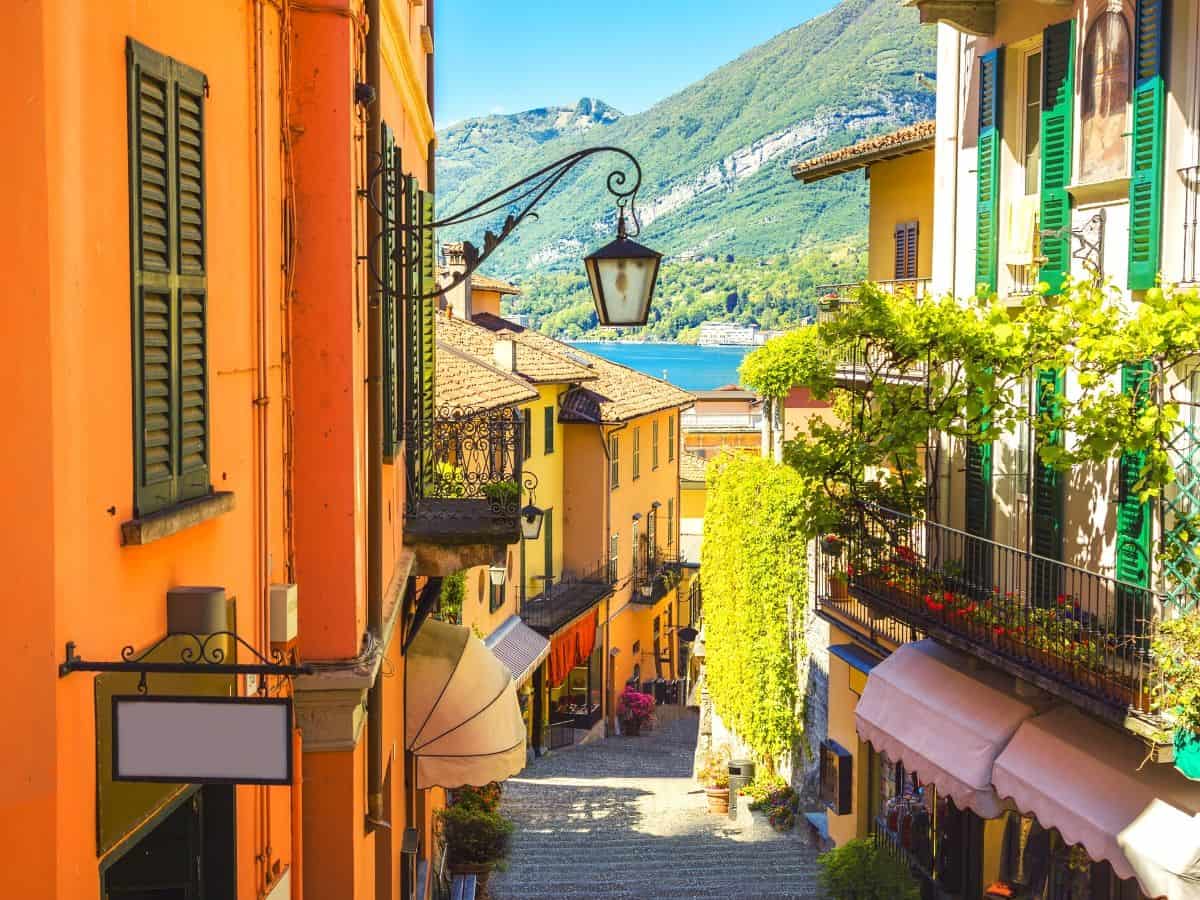 While not actually in Milan, Lake Como is high on everyone’s list of things to do when visiting the city due to its close proximity and stunning scenery. On one of our Lake Como tours from Milan, you can travel to the lake in an air-conditioned coach to see the beauty of the area. With a boat tour and visit to the lakeside town of Bellagio, you have the perfect opportunity to step away from the hustle and bustle of Milan and relax in the shadows of the Alps, seeing the beautiful lakeside villas and generally drinking in the view.

The city has so much to see and do - whether that’s seeing incredible pieces of art or joining one of our Lake Como tours from Milan, you’ll have a fantastic time in the fashion capital of Italy. It’s a busy city loved by so many, and when you book with us you can skip the line to really make the most of your time! 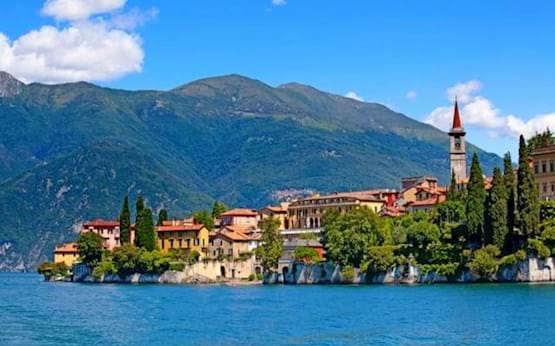 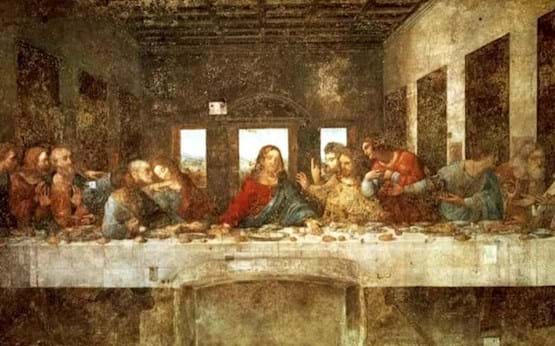 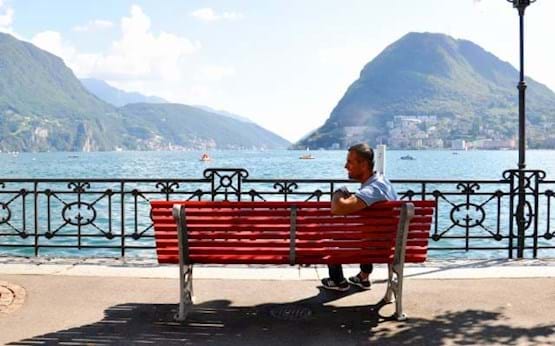