Travelling to Europe for the First Time

If you’re booking flights from the U.S to Rome, make sure to reference our post HERE. Whatever way you get to Europe, once you’re here, we recommend traveling by train. Specifically, overnight trains so that you can travel as you sleep! Here are a few of our favorite things about travelling by train; #1 They are generally pretty affordable, especially in comparison to flights. #2 If you are traveling with a lot of luggage, they will definitely be more affordable. #3 If you are traveling with children, their tickets are usually sold at a reduced rate. #4 the European scenery is amazing!! Mountains, beaches, fjords and more. If you are hopping between many countries, do consider an EU Rail Pass. Depending on how much traveling you'll be doing, this could save you a great deal of cash. If you do choose to travel by train, please note that town names will be represented in the local language, so Munich will be signposted as Munchen and so on. 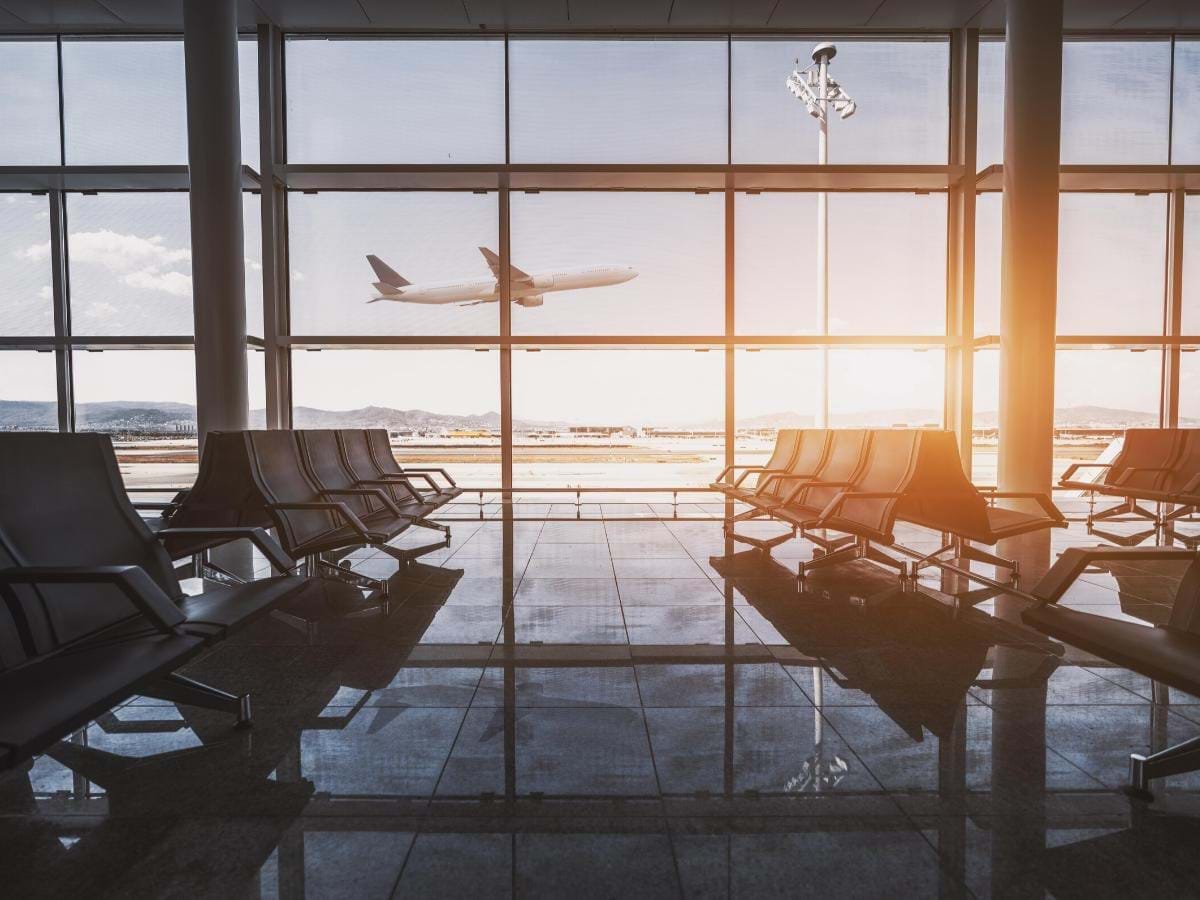 Public transport in Europe is pretty good. Most larger cities have some form of tram or subway system linking the suburbs to the city center. Many cities have a bike-share program that operates using a pick and go system whereby you will usually have to pay a small one-off payment and then use the app to unlock your bike from its docking station. A lot of European cities have their tourist attractions in an old town that are usually very walk-able with the majority of attractions within close proximity of each other. If you feel comfortable enough to rent a car while visiting, it’s important to note that most European countries drive on the right-hand side of the road which is the same as the U.S. That said, there are a few countries that drive on the left. These include; Cyprus, Ireland, U.K and Malta. This link includes a guide to driving smart in each country! Google maps does include a download feature whereby you can download offline maps to use when you run out of data. 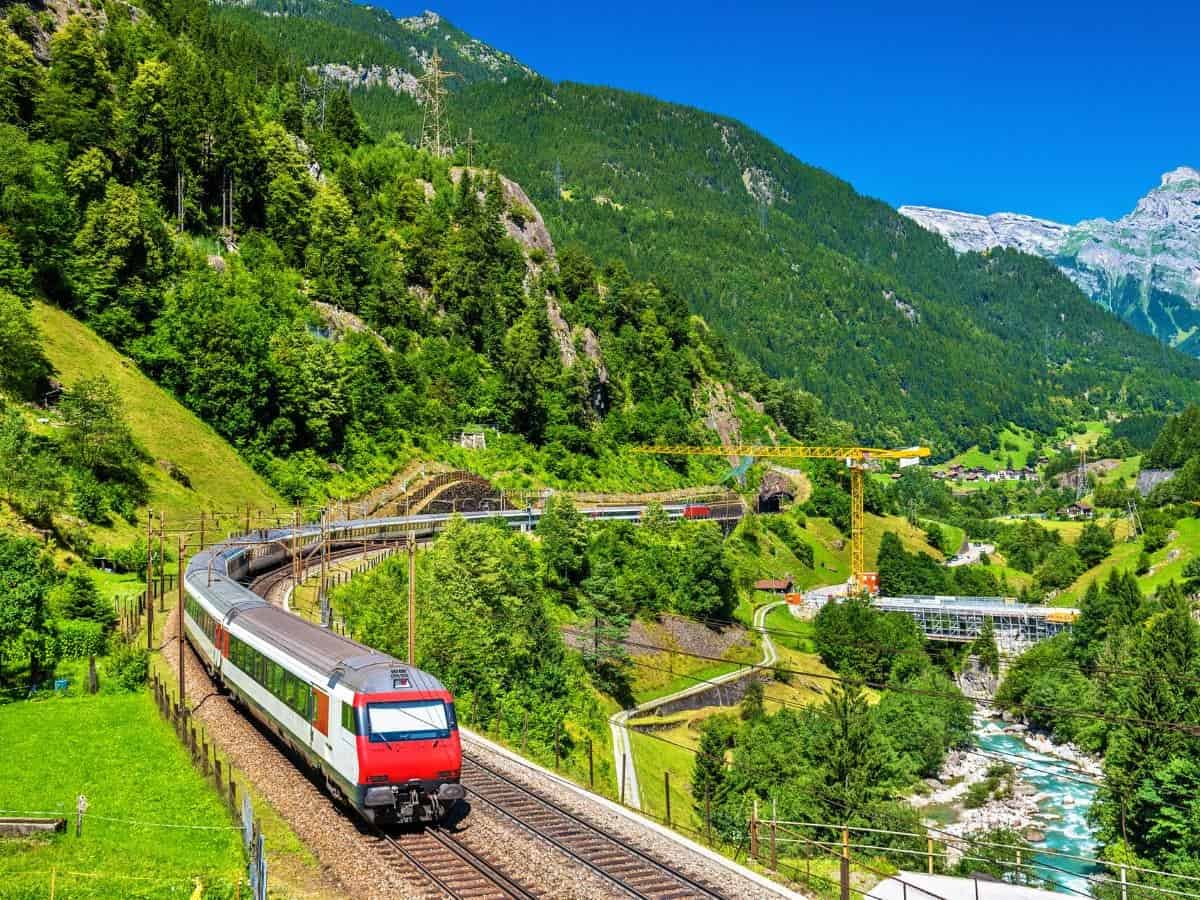 If you are traveling for a long period of time, maybe by train or car, we recommend you under-pack. Bring the essentials of course and a decent travel adapter for sure, but Europe is relatively inexpensive and there are a tonne of markets and thrift stores to visit during your time here. We do recommend bringing a jacket with a hood or an anorak since the weather can be temperamental.

Although most European countries will take the Euro, there are over 20 different countries throughout that have not adopted the Euro. Below is a list of the 21 countries in Europe that don’t use the Euro as their national currency and what they use instead. 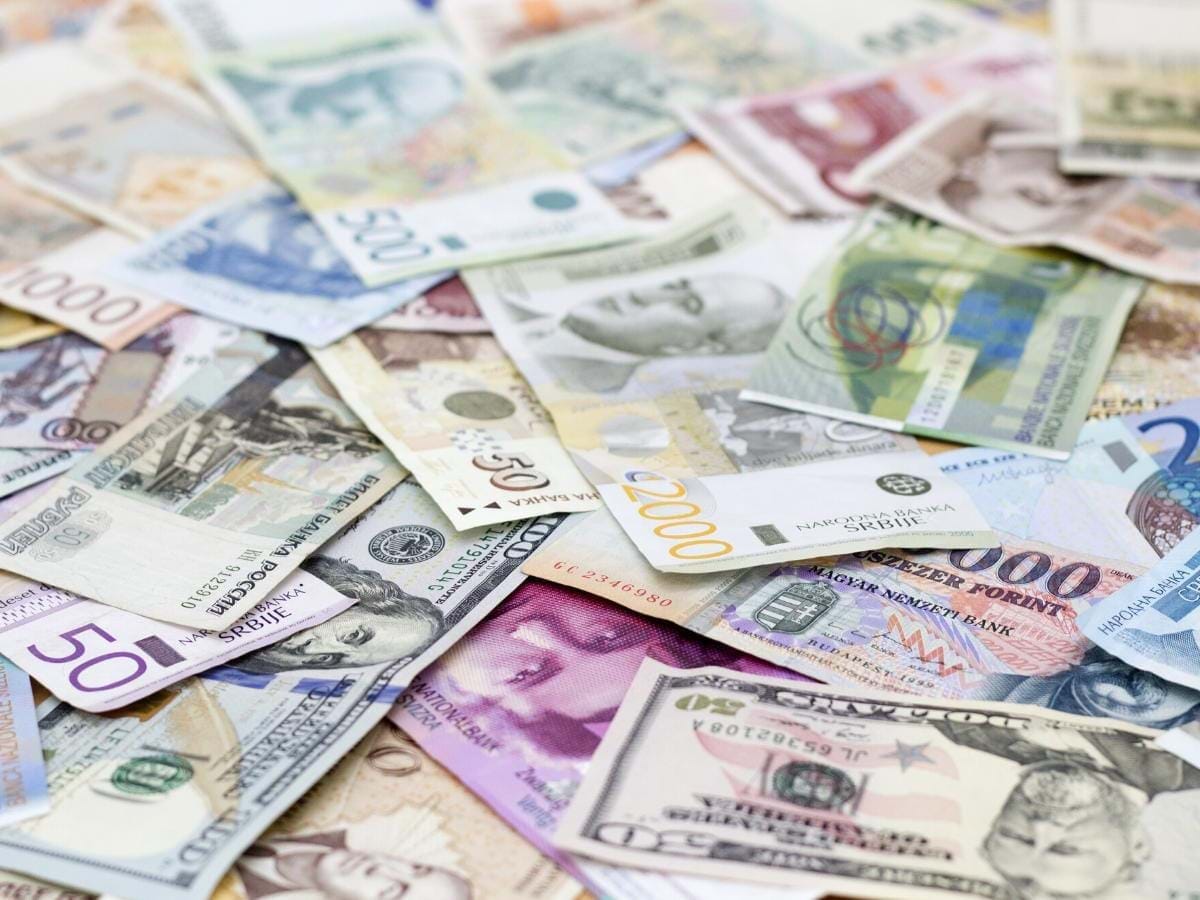 Europe is made up of mainly westernized, well policed, first world countries, making it a pretty safe continent. However, it would be wise to do a little research pre-trip to find out which locations should be avoided. Pick-pocketing is common in busy tourist locations, so make sure to bring a fanny pack or something you can keep your cash in. If you are visiting a country where you may be fearful of your safety, make sure to plan every detail well ahead of time, travel in groups if you can and research the areas you’ll be traveling through for assurance. The generic European emergency number for police is (112). However, we recommend checking the national emergency numbers for each country as they do differ.

Although there are dozens of languages and dialects spoken across Europe, Spanish, Italian, French and English are the most popular and all stem from Latin. Since it is the language of the western world, English has been widely adopted in schooling systems throughout the continent. If you are an English speaker you should have minimal issues communicating with the locals. In the rare occasion that the person you are communicating with does not speak English, there will be someone near who does. Alternatively, Google Translate does a great job of translating what you want to say directly into your chosen language. You can then have it read aloud from a device as if you are speaking to the listener. 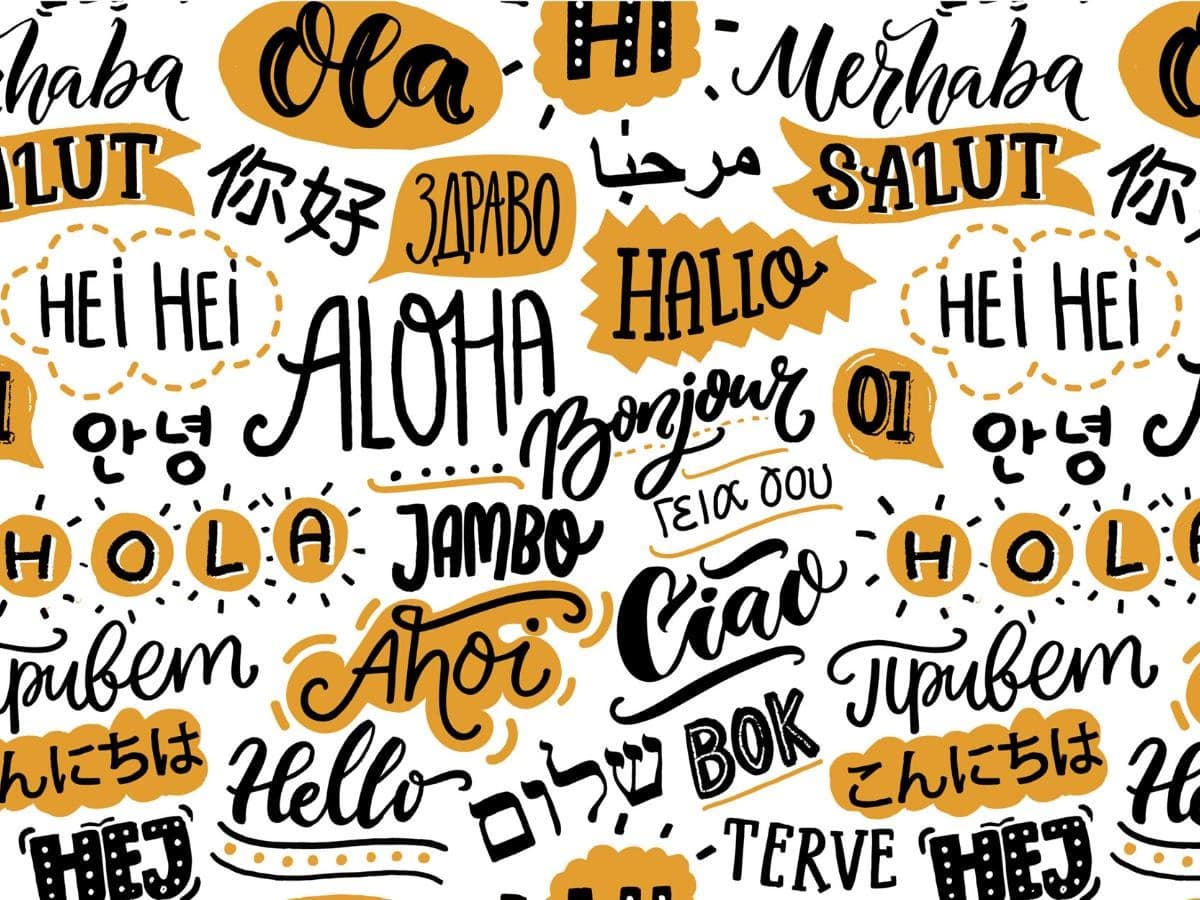 Depending on the country that you are traveling to, you may need a different adapter than you think. The majority of mainland Europe take a two-round pin plug, Switzerland uses a three-round pin plug and Ireland/U.K use three rectangular pins. The voltage of a regular plugin the U.S runs at around 110 volts, whereas the voltage of a European plugs is usually double that at 220 volts. Just in case you run out of juice on the go, make sure to pack a battery pack/power bank, these can come in super handy when you’re in a jam.

If you are booking a hotel room for your family in Paris, be wary of the room size. Hotel rooms in Paris are typically smaller than the rest of Europe and definitely smaller than the U.S.  You might find this unusual and think you were conned on arrival but it is quite common if not typical for hotels in Europe to have two single beds together in place of a double bed, even in the same bed frame. Many hotels will not provide a cloth for washing your face, so make sure to bring one with you as you travel. All in all tho, hotels are generally of a similar standard to that of the U.S.

Bottled water is the norm in most countries across Europe. Some places may even tell you that they don’t serve tap water. Whether it be that the tap water is unsafe to drink or the waiters trying to up the bill, who knows. Fact of the matter is, if you don’t want to pay for it, don’t drink it. Same go’s for bread, a lot of the time bread will be put on the table, but it is not always complimentary, if you don’t want to pay for it, don’t eat it. Additionally, sparkling water is quite popular in mainland Europe, so make sure to request “no gas” or still water if that’s what you’d prefer. Tipping is appreciated, but not always a given like it is in the U.S. 5% is the norm and 10% would be considered a generous tip. Don’t fear being lost in translation by the menu’s, most restaurants in touristy locations will have their menus in multiple languages, including English at the very least. Breakfast in Europe is typically a light pastry with coffee and some fresh fruit. 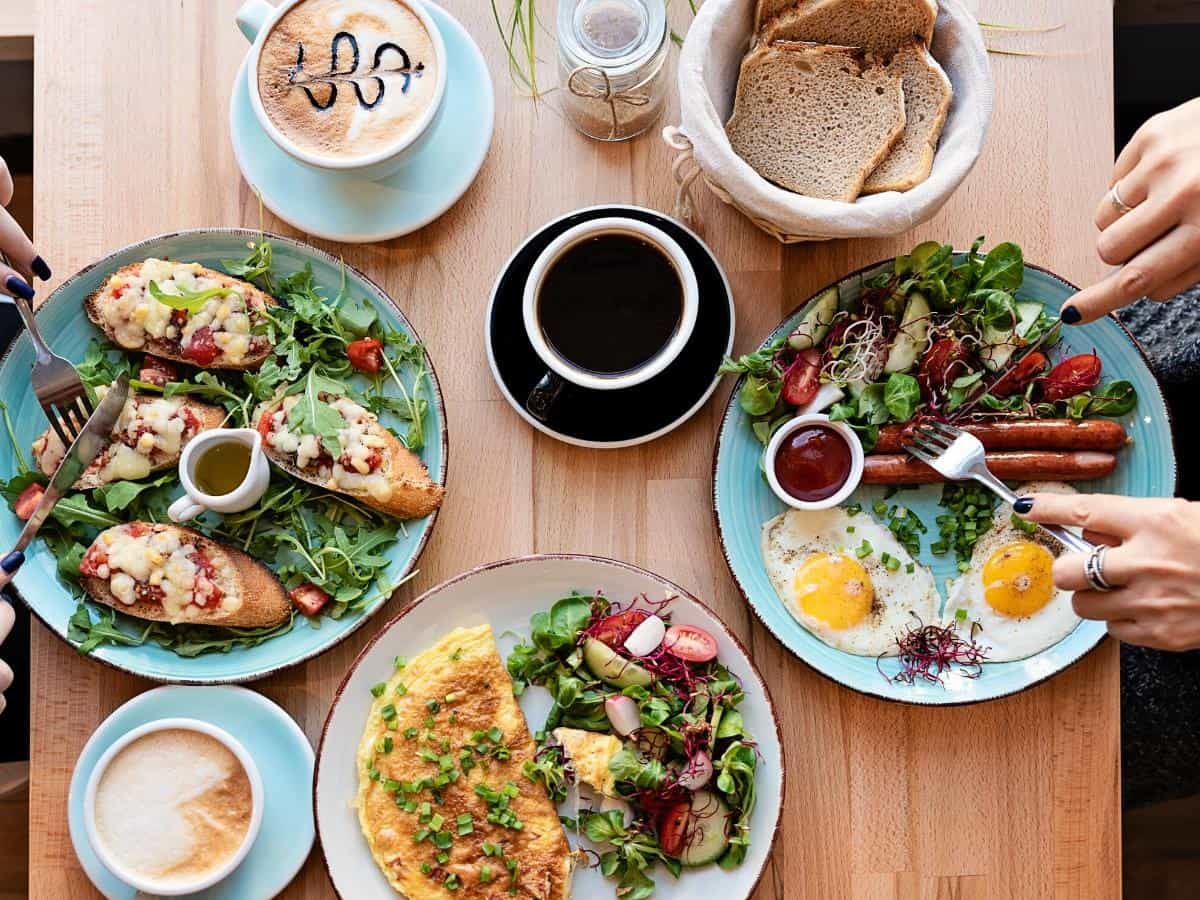 It’s not uncommon to find yourself being requested to pay for the use of a public bathroom. If you’re really stuck, some coffee shops and fast food establishments will have toilets for customers. If you walk confidently through the room, they usually just let you go through. However, pull this move at your own risk, you may find yourself in the embarrassing situation of having to go back and politely request the door code from the server.

The Best Vatican Tours to Take and Why

6 Ways We Can Future-Proof Pompeii