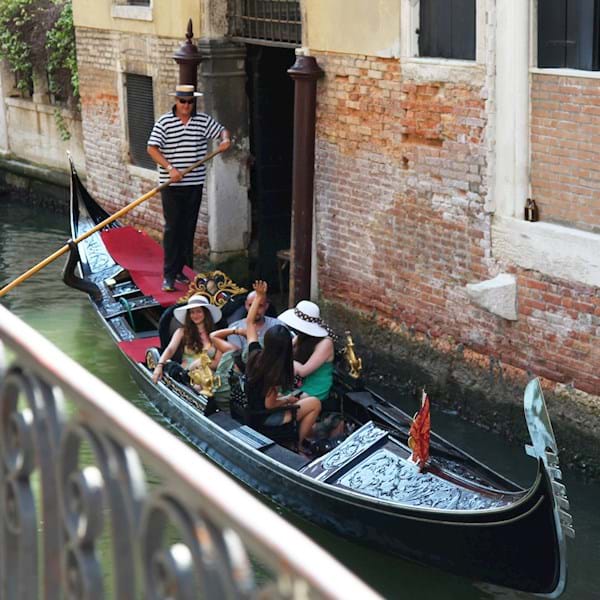 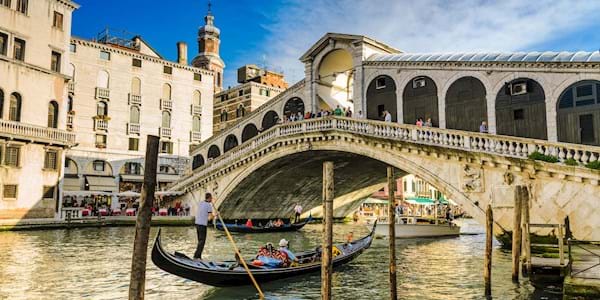 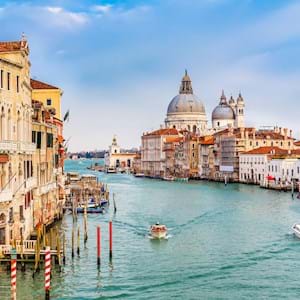 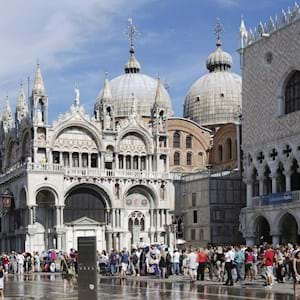 Visit Venice's best with its top sights, canals and a local expert to guide you through its history and mystery. See the Grand Canal, Rialto Bridge, Bridge of Sighs and St. Mark's Square, then skip the line into St. Mark's Basilica including its terraces. Top everything with a 30-minute gondola ride for a perspective you can't miss.

Nowhere else on the planet is quite like Venice. Our two-and-a-half-hour Best of Venice Tour with Gondola Ride shows off the grandeur and mystique of this once-powerful maritime republic from two entirely different perspectives. First, we’ll seek out the Floating City’s most sought after sights on foot, enjoying skip-the-line entry to spectacular St. Mark’s Basilica, as well as special access to the Basilica’s terrace. We’ll also explore some lesser-known corners of the city where the essence of Venetian living is writ large, before hitting the canals for that most quintessential of Venetian experiences, an unforgettable gondola ride to explore the city’s beauty from the water.

Meet your local expert guide in the city center for the first portion of the tour exploring the city on foot. As you weave your way around the twisting back streets, cobbled courtyards and small arched bridges, your expert guide will regale you with tales from Venice’s colorful past. You’ll discover why the city was built on a lagoon, how it came to be an important center of trade and what events conspired to end its domination over much of the Mediterranean.

See the Home of Marco Polo

You’ll walk by Marco Polo’s house and hear about how the Venetian merchant set off to sea one day and returned with tales of faraway eastern lands that in those days few had ever seen. You’ll stroll across the church and palace-lined piazzas of Campo SS Giovanni e Paolo and Campo Santa Maria Formosa, where Byzantine, Renaissance and modern elements fuse together their timeless portraits of the city, and also glimpse the fabled Bridge of Sighs, said to be named after the sighing prisoners as they were escorted across the canal to the cells of the adjacent prison.

After marveling at the elegance of St. Mark’s Square, which Napoleon fondly described as the “finest drawing room in all of Europe”, we’ll breeze past the entry lines and head straight into St. Mark’s Basilica. Together with your guide, you’ll uncover the diverse treasures inside the basilica, including the dazzling gold-laden mosaics that adorn its domed interior and ceilings. Having saved ourselves precious time with our privileged skip-the-line access, we’ll also manage to squeeze in a climb up to the famous terraces of St. Mark’s. Rarely included on guided tours, these terraces offer beautiful views over the piazza and the rooftops beyond.

Next, our representative will accompany you to the Gondola Station, where you’ll begin our 30-minute gondola tour of the waterways with a real local gondolier. We’ll start on Venice’s main thoroughfare, the much-traveled Grand Canal, where we’ll see such sights as Santa Maria della Salute Church, a 17th-century Baroque building constructed by lucky plague survivors to thank God for sparing their lives. Next, we’ll veer off down the quieter minor canals where we’ll float lazily by more iconic city sights and under its famous bridges. You will catch views of the dazzling Fenice Opera House and Theatre, the former home of Wolfgang Amadeus Mozart in Venice, the magnificent Church of San Moisè and the gothic style Bauer Palace.

With group sizes limited to only 24 people or less and headsets provided, participants will find it easy to not only hear but also interact with their guide. Join us for this fascinating two-way tour, which shows you the best of the Floating City by both land and water. 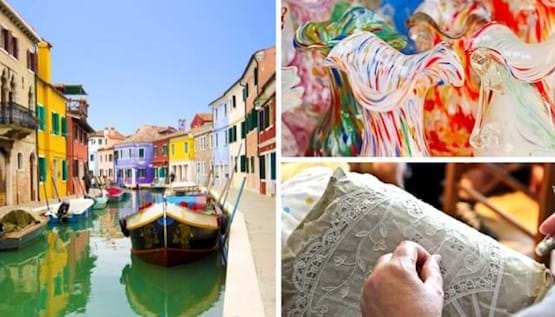 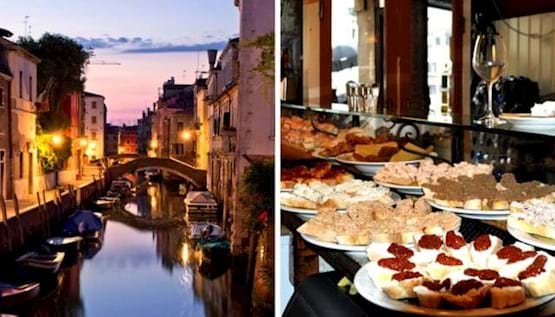