Villa Borghese has a limited capacity of 360 people per time slot visit which is why it is so important to book your ticket as far in advance as possible. When you compare this to the Vatican Museums 30,000 visitors per day, you can see just how exclusive this tour really is!

Spanning over a distance of 80 hectares on the Pincian Hill and Campus Martius, this is the third larges park in Rome. We love Parc Borghese so much that we’ve included it as part of our most popular Borghese Tour and we even ranked Parc Borghese as #1 above the Vatican Gardens in our popular post 'The 6 Best Gardens of Rome'.

Some stand out features of the park include; 'Casina di Raffaelo', home to Raphael Sanzio da Urbino of the Raphael Rooms, 'Galleria Nazionale d’Arte Moderna' the National Gallery of Modern Art, and 'Bio Parco di Roma' an open air zoo.

One of the main reasons we rate this gallery above so many others is the historic value to be found in every inch of the building. Mosaics from ancient Roman villas line the walls, life like sculptures are littered throughout and famous renaissance paintings hung in every room. 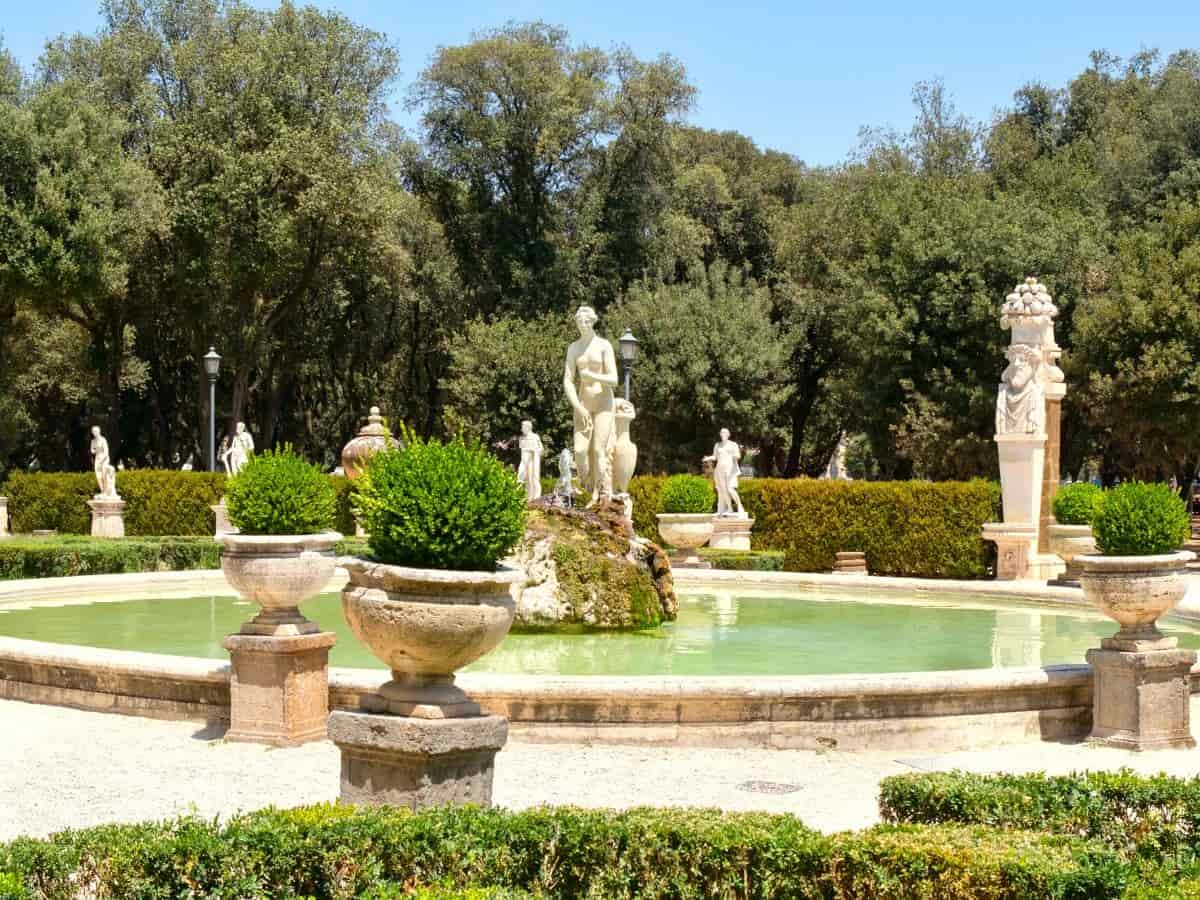 An homage to the Borghese family themselves, this sculpture of Pauline was commissioned by her husband Camillo Borghese and executed between 1805 and 1808. The neo classical portrait was meant to encapsulate Pauline in the guise of Venus, the god of love and fertility. It was a typical roman tradition to portray mortals as gods in order to honor them and create a sense of immortality. However, nude female portraits were considered somewhat crude at the time and so this would have been unusual. Pauline was said to have had a reputation for promiscuity and even though Canova asked her not to, she posed naked for him anyway. Canova strategically placed drapery over her to retain a sense of modesty. The apple in Pauline’s hand is representative of Aphrodite’s victory in ‘the Judgement of Paris’, an old Greek mythological story. The room this sculpture is held in is also home to a ceiling painting portraying the Judgement of Paris, painted by Domenico de Angelis in 1779. 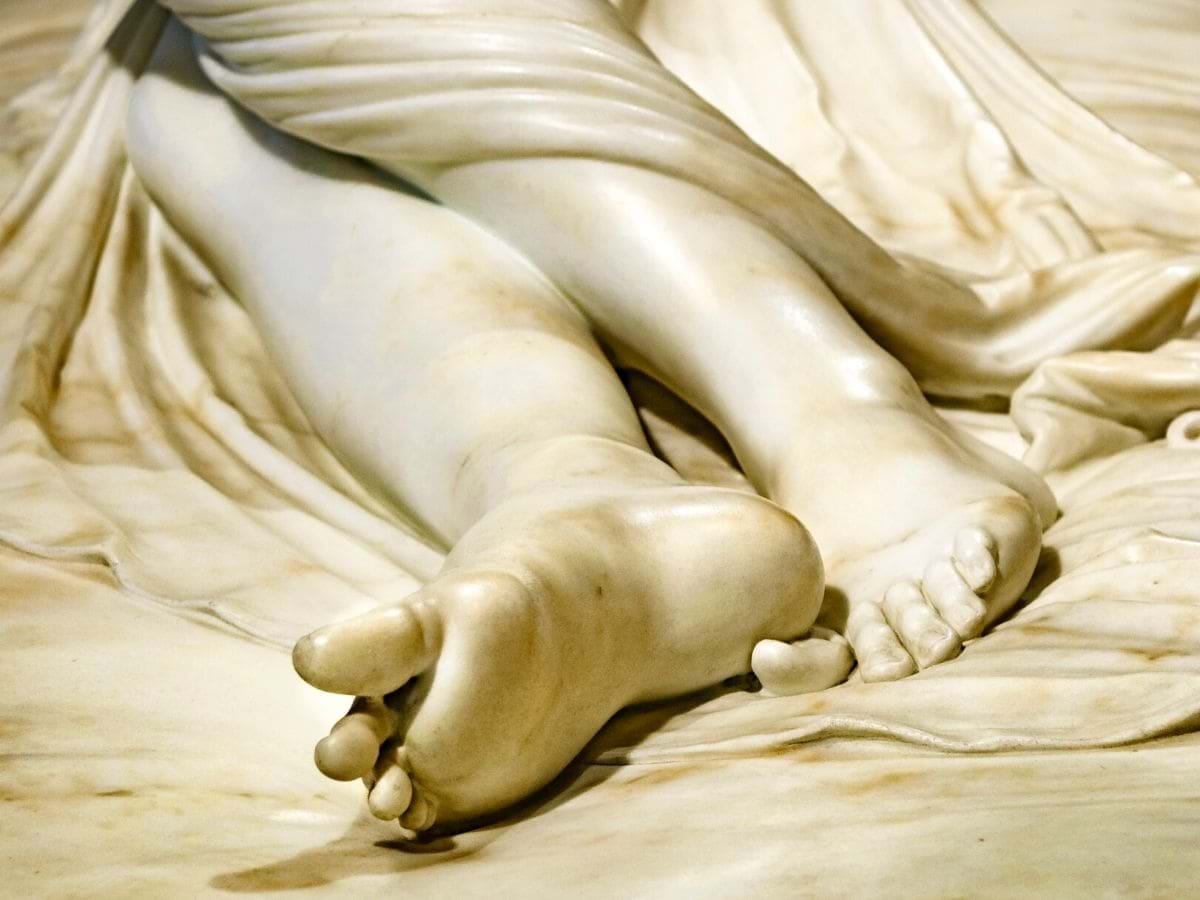 The Rape of Proserpina by Bernini

This large Baroque marble statue was created by Gian Lorenzo Bernini when he was just 23 years of age. The statue depicts the abduction of Proserpina by the god ‘Pluto’ as he attempts to steal her away from the mortal world and take her to the underworld. Pluto intended to have Proserpina as his wife, which doesn't seem to be a mutual decision. On the far side of Proserpina is Ceberus, the vicious three headed dog of the underworld. Ceberus is barking at Proserpina in an effort to scare her into submission, but she does not submit. The real beauty of this sculpture lies in the detail, depicting both the strength and frailty of the female form. Strength of Proserpina as she is willing to fight against all odds. Frailty as Pluto’s fingers sink deep into the flesh of Proserpina’s thigh through the struggle. 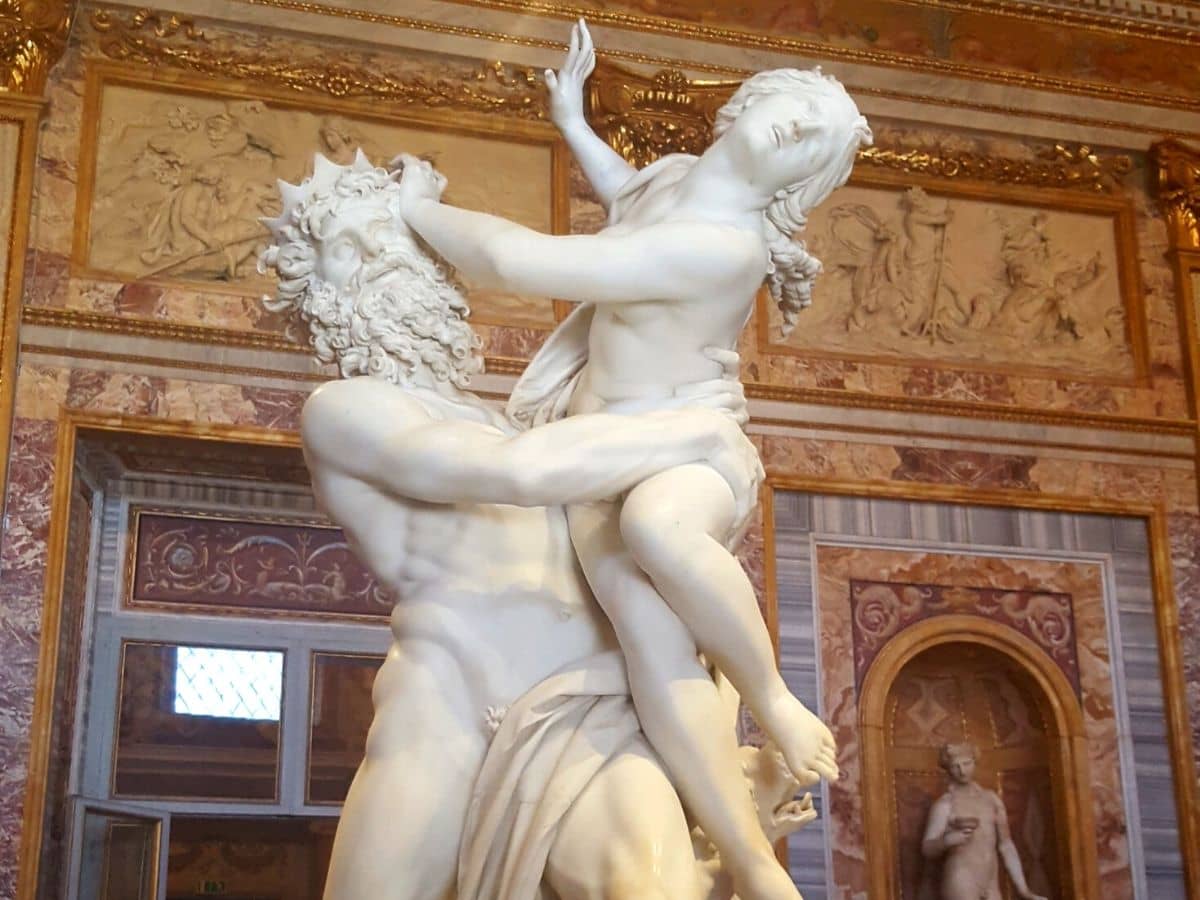 David with the head of Goliath by Caravaggio

One of Caravaggio’s most famous pieces, this is not just a self-portrait, but a double self-portrait. Caravaggio has painted himself as both David and Goliath, depicting different stages of his life. Art critics have considered the sorrowful look on young David’s face to be representative of sadness felt for Goliath whose innocence has been corrupted by age and power, ultimately to his demise. Whether Caravaggio feels this is representative of himself is up for debate. Nevertheless, the stunning facial expressions and details captured in this oil painting are unforgettable. 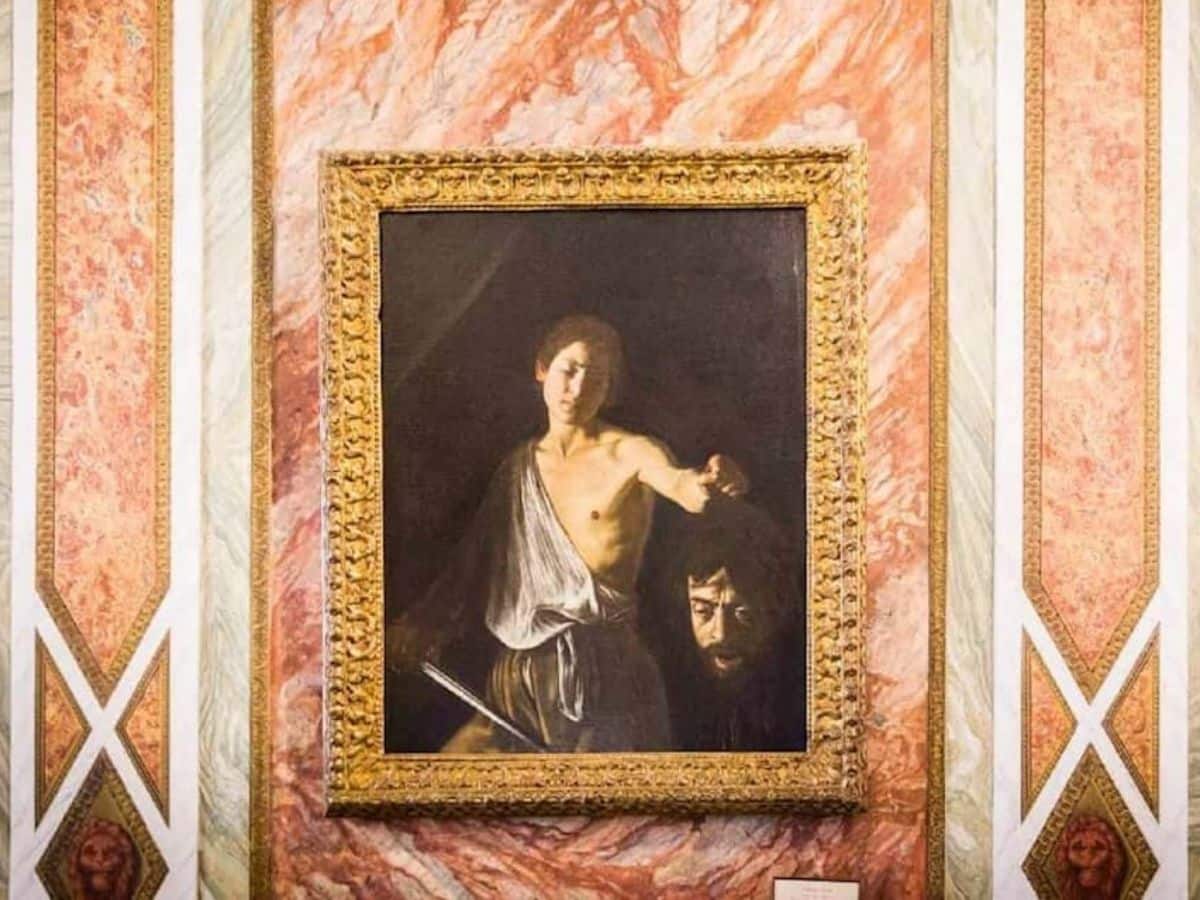 This famous renaissance painting depicts the deposition, lamentation and entombment of Christ. This is the breakthrough painting of Raphael’s career and was commissioned by the mother of notorious gangster Grifonetto Baglioni after his murder, 1500AD. On completion, the painting was hung by the alter in the family’s chapel. Grifonetto himself can be seen as one of the youths carrying the body. Other famous figures in the image are; St. John, Mary Magdalene and the Virgin Mary. 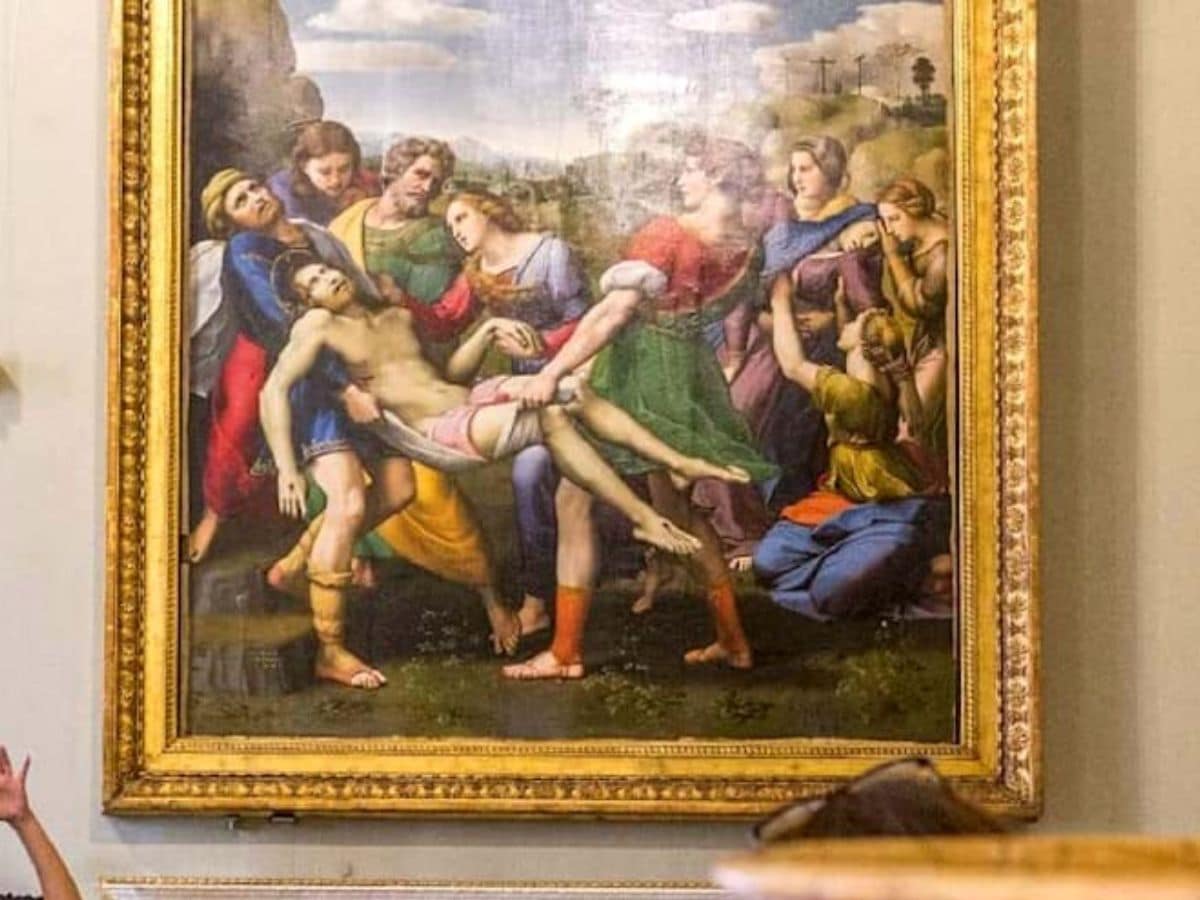 Apollo and Daphne by Bernini

This life sized baroque marble sculpture displays the story of Apollo and Daphne in Ovid’s Metamorphoses. Similar to ‘the Rape of Proserpina’, this story too is about a women fleeing the capture of a powerful man. As the story go's, Cupid was feeling a little mischievous and decided to strike both Apollo and Daphne with love arrows. However, the arrows were opposite in nature, Apollo receiving the arrow of excitement and Daphne receiving the arrow of revolt. Apollo sees Daphne and is immediately overcome by desire. Daphne, the daughter of god Peneus runs for her life, pleading and promising anything for him to to let her go. As she is running out of breath she prays to her father “Destroy the beauty that has injured me, or change the body that destroys my life”. Before she was able to finish, her body seizes up and begins to turn to wood. Her hair turns to leaves and arms to branches. Apollo’s love for Daphne never let up as he professes his love to the tree she became. Bernini originally planned for the sculpture to be viewed slightly from the right as this angle allows the observer to see both reactions simultaneously. Keep this in mind on arrival. 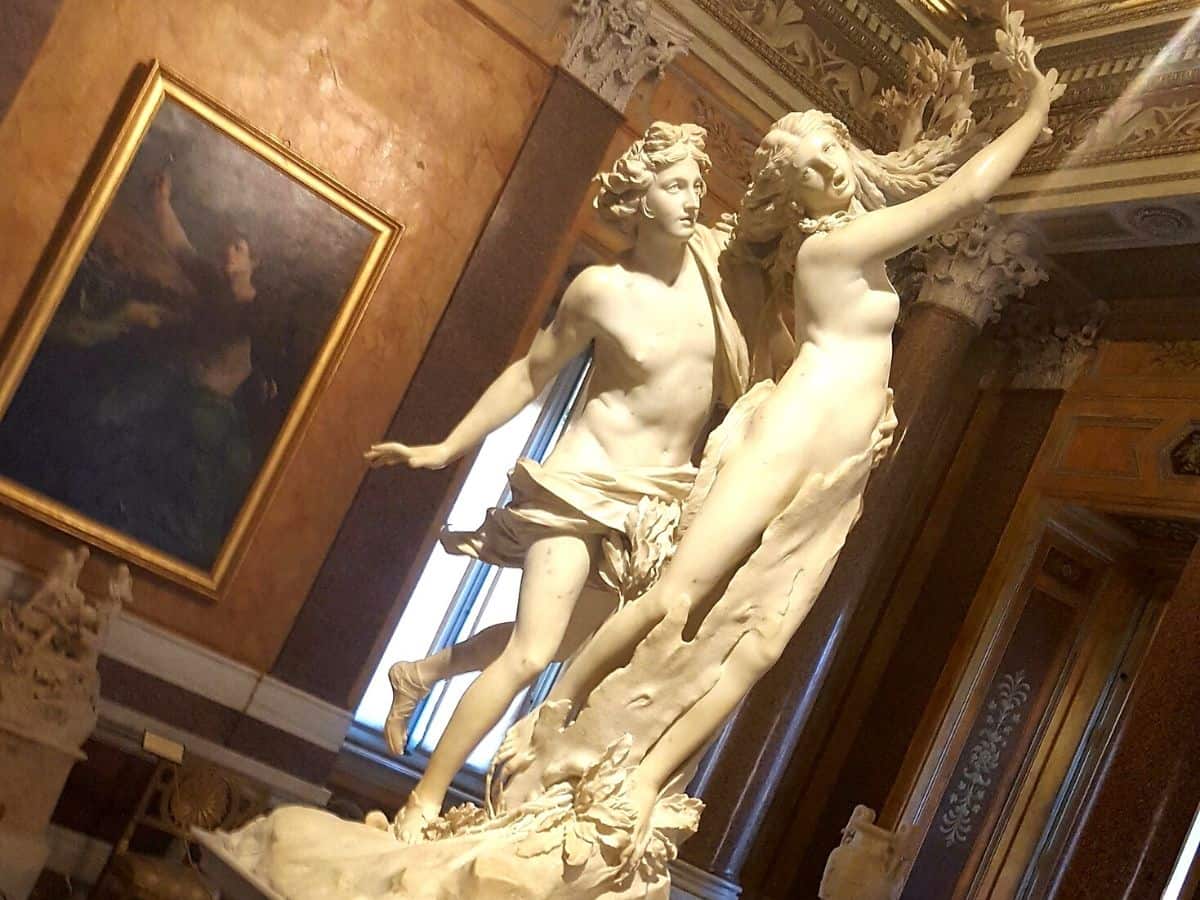 Michael Crowley
Get in Touch
FAQs