With a capacity of over 50,000 people, the Colosseum was a gargantuan task to build which was accomplished in all manners of unique ways, but that we’ll get to later. Built under the reign of Emperor Vespian, the Colosseum was originally named ‘Amphitheatrum Flavium’. Vespian took funding for the Colosseum from the spoils of a temple raid in Jerusalem in 70AD. The original plan was to use the Colosseum as a stadium to host a variety of political events and occurrences, somewhere for the people. The predecessor to Vespian was Nero, Nero was a notably arrogant dictator who instigated many self-indulgent projects. Vespian on the other hand was known to be a democratic and empathetic leader, the complete opposite of Nero. In disgust of his predecessor’s self-indulgence, Vespian built the amphitheater over one of Nero’s most opulent projects, ‘Domus Aurea’ the golden house.

In an unforeseen turn of events, Nero ended up getting his own back with the Colosseum being named so after him. Nero built a gigantic statue of himself called Colossus Nero on the grounds of the Golden House. During the construction of ‘Ampithatrum Flavium’, Vespian decided not to remove the existing statue, but instead, replace the head with that of Apollo, the Greek God. Successive emperors continued replacing the head of the statue and left the body as it was. The statue survived all the way until the middle ages. The name Colosseum gained traction towards the end of the 9th century AD and became the colloquial term by the 10th century. 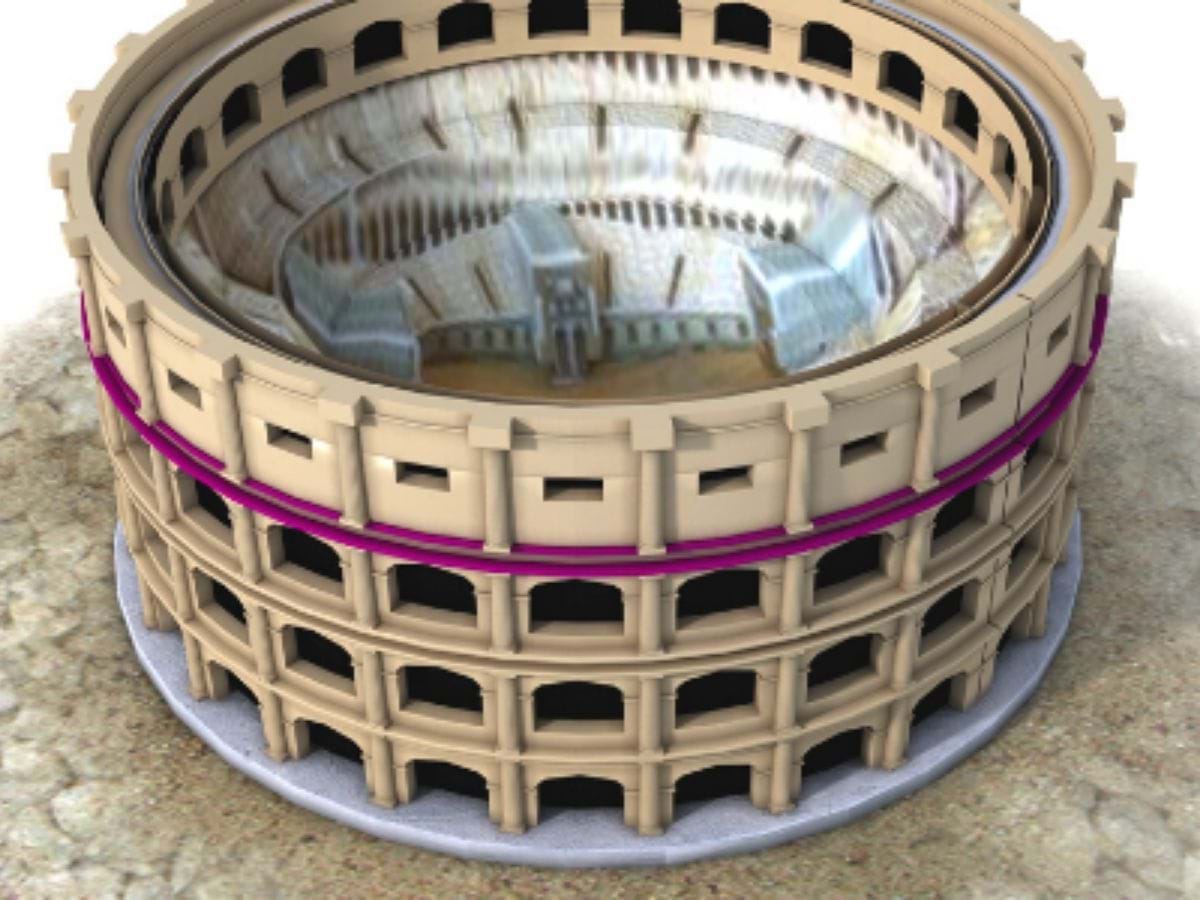 Being a proud nation of artists and architects, the Romans achieved an impressive architectural feat with the Colosseum. In total, the structure stood 190*155 meters with a total volume of 1,320,000 cubic meters. The building itself was constructed from over 100,000 cubic meters of Travertine Stone and Tufa. These are two different types of Limestone, both created from hot springs. Instead of using mortar to hold the bricks together, the builders used Iron Clamps to hold everything together, 300 tonnes of them in fact. Not only was this a new concept in building at the time, there were also a series of maze-like internal layouts and over 80 entrances to account for in the design, making the finished product a seriously impressive accomplishment. Unfortunately, there has been some wear and tear over the years stemming from fire damage, lightning damage, and a series of earthquakes. Due to this, the original outer wall off the Amphitheater has been destroyed and what can now be seen as the outer wall is really the original inner wall. 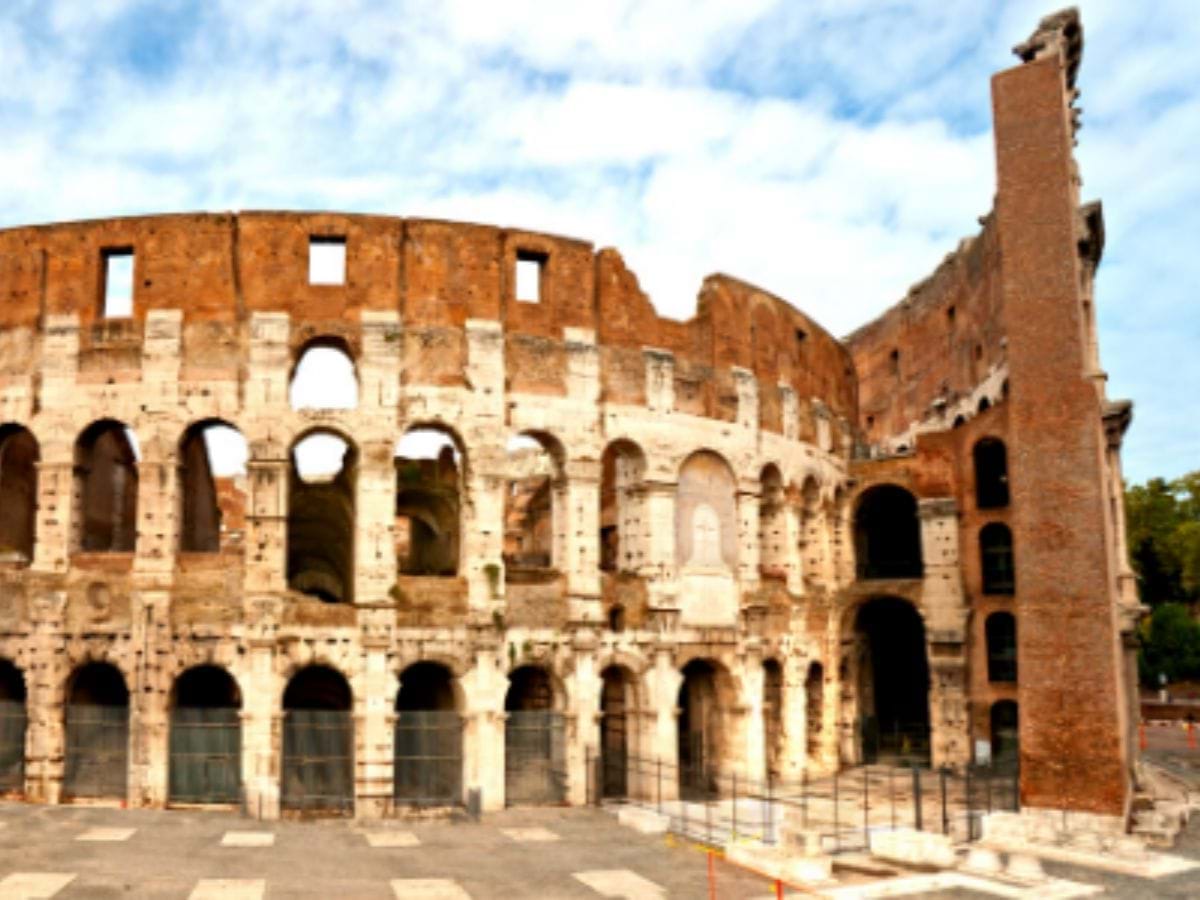 The Hypogeum is one of the more unique attractions to the Colosseum and unseen elsewhere at the time. Underneath the floor of the Colosseum are two levels made up of tunnels and cages. Part of this structure is made up of trap doors and elevators, made functional by a series of pulleys and levers. These were used for a variety of functions but mainly to transport gladiators and animals from the underground to the Colosseum floor, an effect that was best captured in Ridley Scott’s cinematic masterpiece ‘Gladiator’. This door system was also used to assist in pulling the roof over the top of the amphitheater and back for shelter. Some of the top sailors at the time were recruited to design the systems of ropes and pulleys for these awnings. 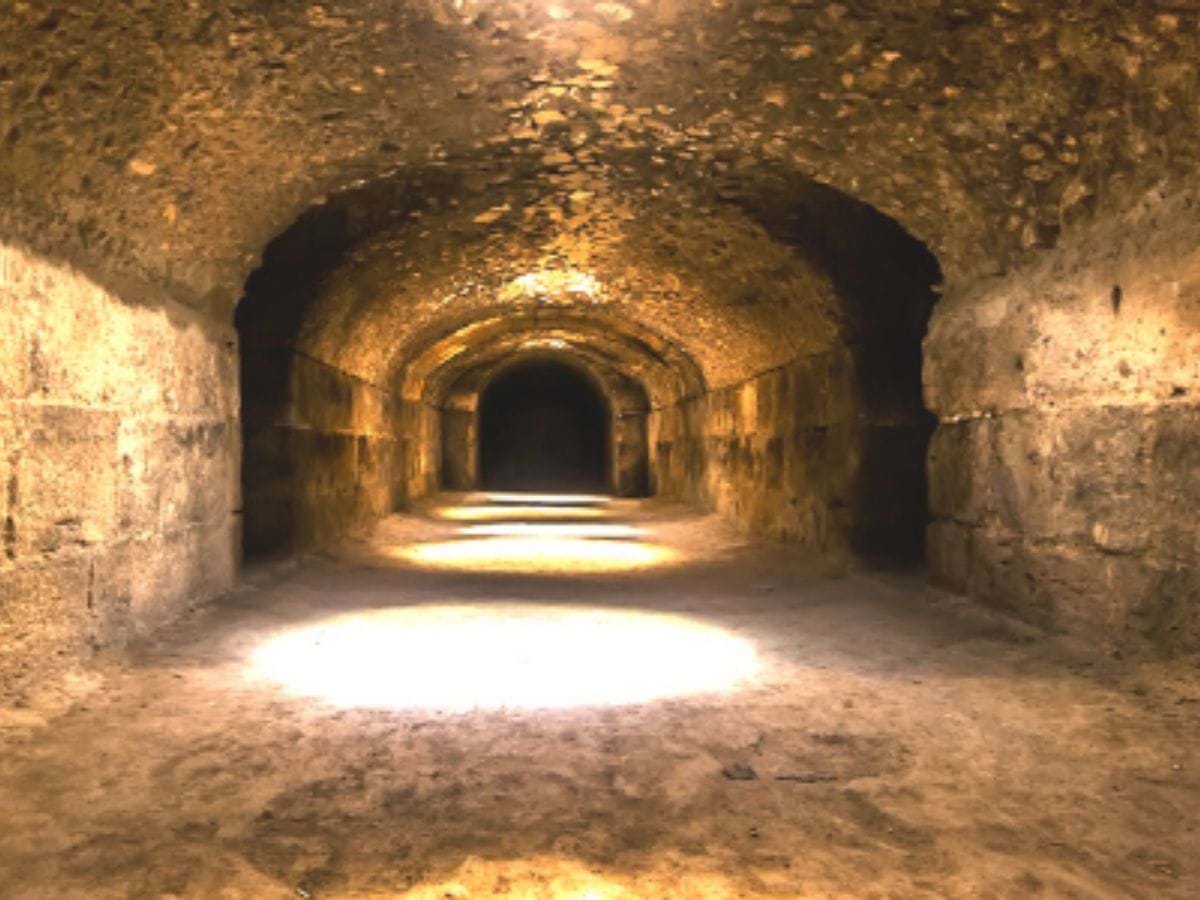 Although Vespian was in reign during the initial concept and construction of the Colosseum, it was not until after his 10-year reign that the Colosseum was finished and opened by his successor, Emperor Titus. The opening ceremony was a constant celebration with 100 days of games. This began with over 10,000 exotic animals. Gladiators began fighting in the afternoon, the fights started out like semi-fake wrestling matches but progressed rapidly. These matches soon turned into gruesome battles and sponsors would occasionally pay to see people die. The crowd drank watered down wine and eat convenience foods during the games, much like sitting at the Cinema or Theatre now. Things got darker as time went on, the Colosseum began being use for public executions and the fights became so gruesome that people even killed themselves before going into the ring. A German man choked himself to death with a sponge and 29 Saxons strangled one another to death in fear of entering the ring to be torn apart by animal or man. 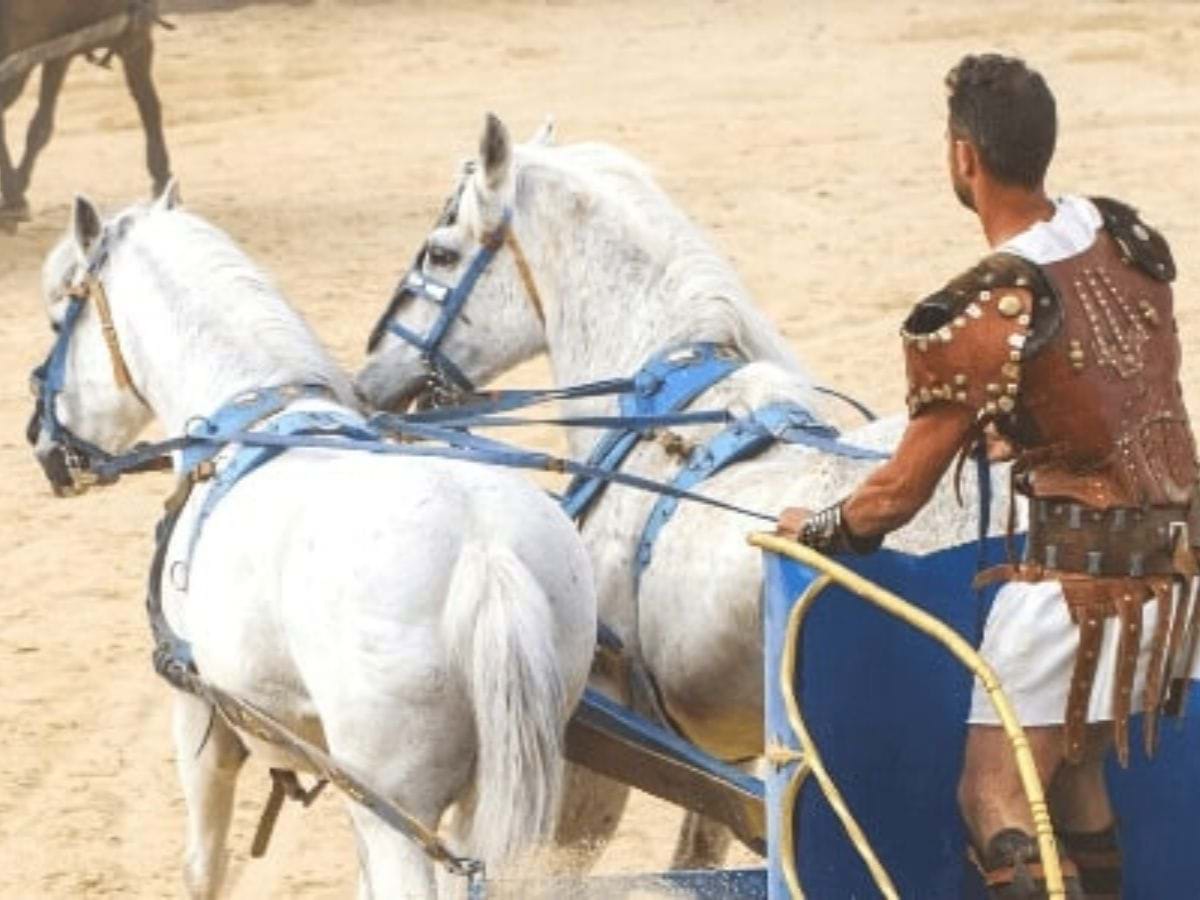 When Emperor Trajan was originally elected, he completely outdid Titus and led celebrations with 11,000 animals as well as 10,000 gladiators. This mix of creatures and men found their way into the amphitheatre over a 123-day period of bloodshed and gore. The dramatic display on show included animals such as; rhinoceros, hippopotamuses, giraffes, Barbary lions, Caspian tigers, crocodiles, ostriches, aurochs and elephants. Trajan put a lot of time and effort into the theatrics of this display, hiring technicians, architects and painters to create a natural backdrop for the animals as they were introduced to the ring. This ‘Sylvae’ would be comprised of natural scenes depicting forests, trees and shadows for dramatic effect. 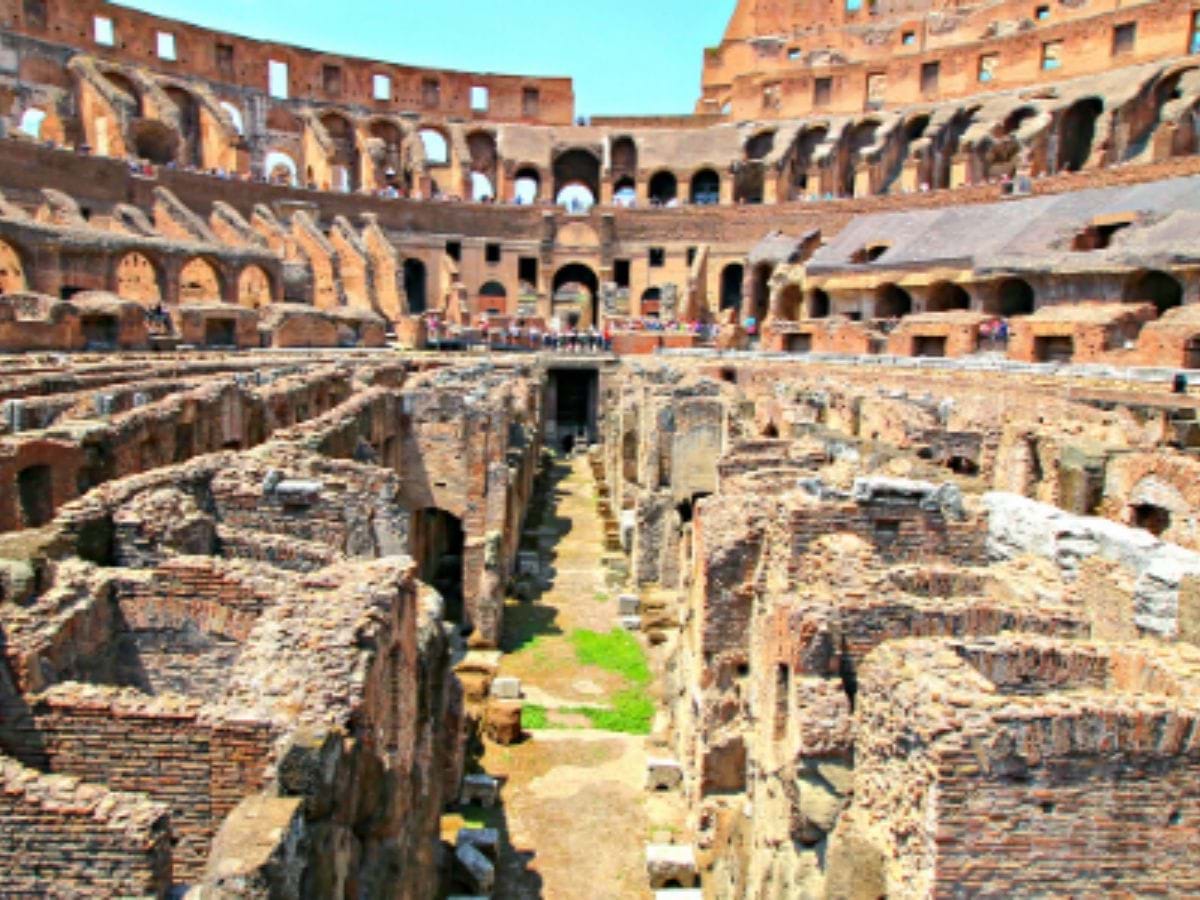 After the 6th century, the Colosseum fell into disuse, seeing its final battle in 523AD. During Medieval times, the arena was used as a burial site. Later in the Medieval era, numerous vaults, arcades and alcoves were utilized as workshops and residences, some were even rented out as accommodation. By the early 13th century, the Frangipani family took over the Colosseum, turning it into a fortified castle. During the years that followed, the economy took a blow and people began stealing stones from the structures to be used in the construction of other buildings such as; churches, mansions and hospitals. By the late 13th century, the Colosseum had become church property. However, during the time period between the 13th and 17th centuries, there was a lot of questionable activity here. Pope Sixtus V attempted to turn the Colosseum into a wool factory to provide employment for emancipated prostitutes. Workshops would operate on the arena floor and living quarters in the upper stories. Due to cost, the project was abandoned after the Popes death in 1590. Roughly a century after this took place, Cardinal Altieri attempted to use the amphitheater as a bullfighting ring. However, this didn’t go ahead due to negative appeals from the city nobles and citizens. By the 17th century, the structure resembled that of a botanical garden and is recorded to have been home to more than 300 different species of plant life, flourishing due to the unique micro-climate there. 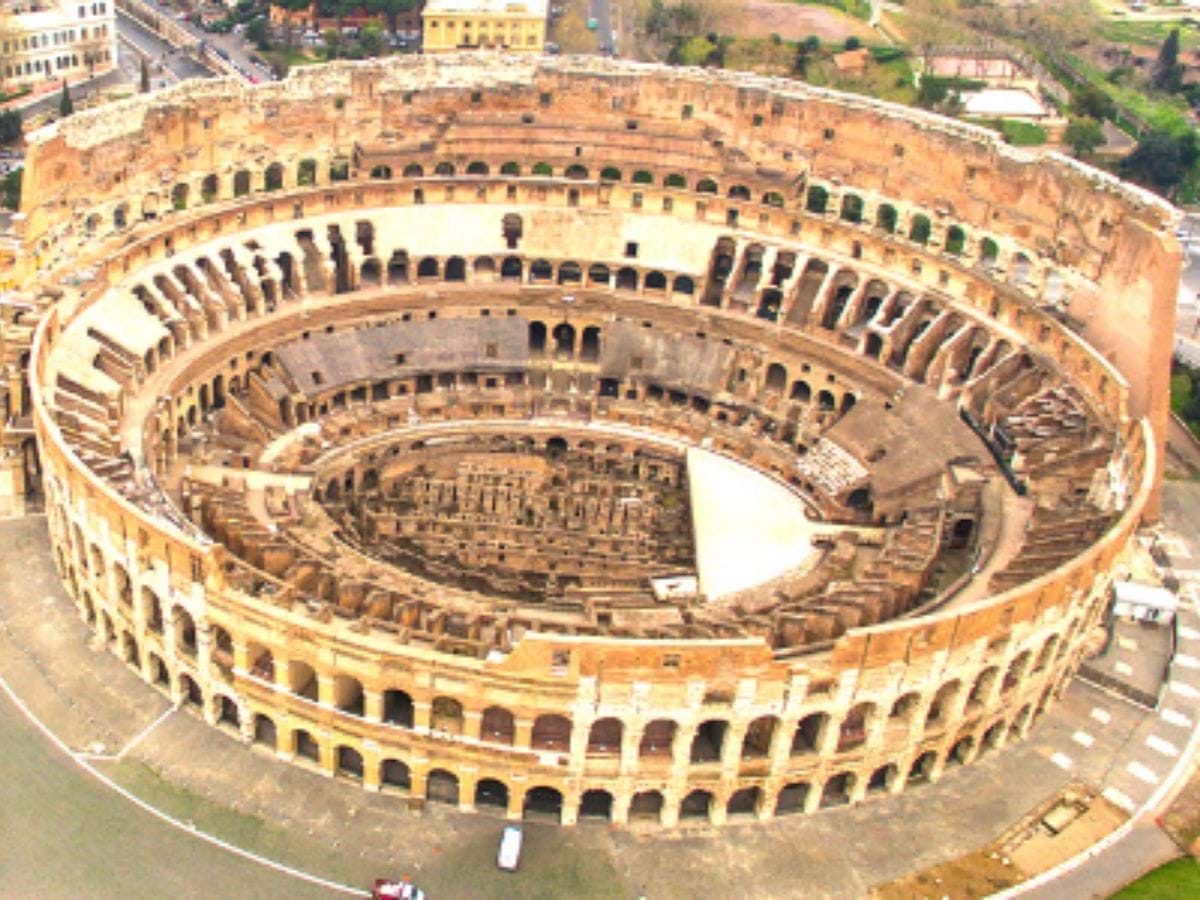 In reprehension of the Colosseum's clear history of bloodshed and to honor the ordinary criminals, innocent animals and professional Gladiators who died there, the structure is now used as a symbol of life. This turn of events was instigated by Pope Benedict XIV when he made the decision to consecrate the amphitheater as a sacred site in memory of the early Christians who died as martyrs in front of the howling crowd. Since 2,000AD, the Colosseum has been used as a symbol against capital punishment and a gesture of goodwill. The exterior lighting on the Colosseum is changed from white to gold any time a death sentence has been commuted or if the death penalty has been abolished anywhere in the world. 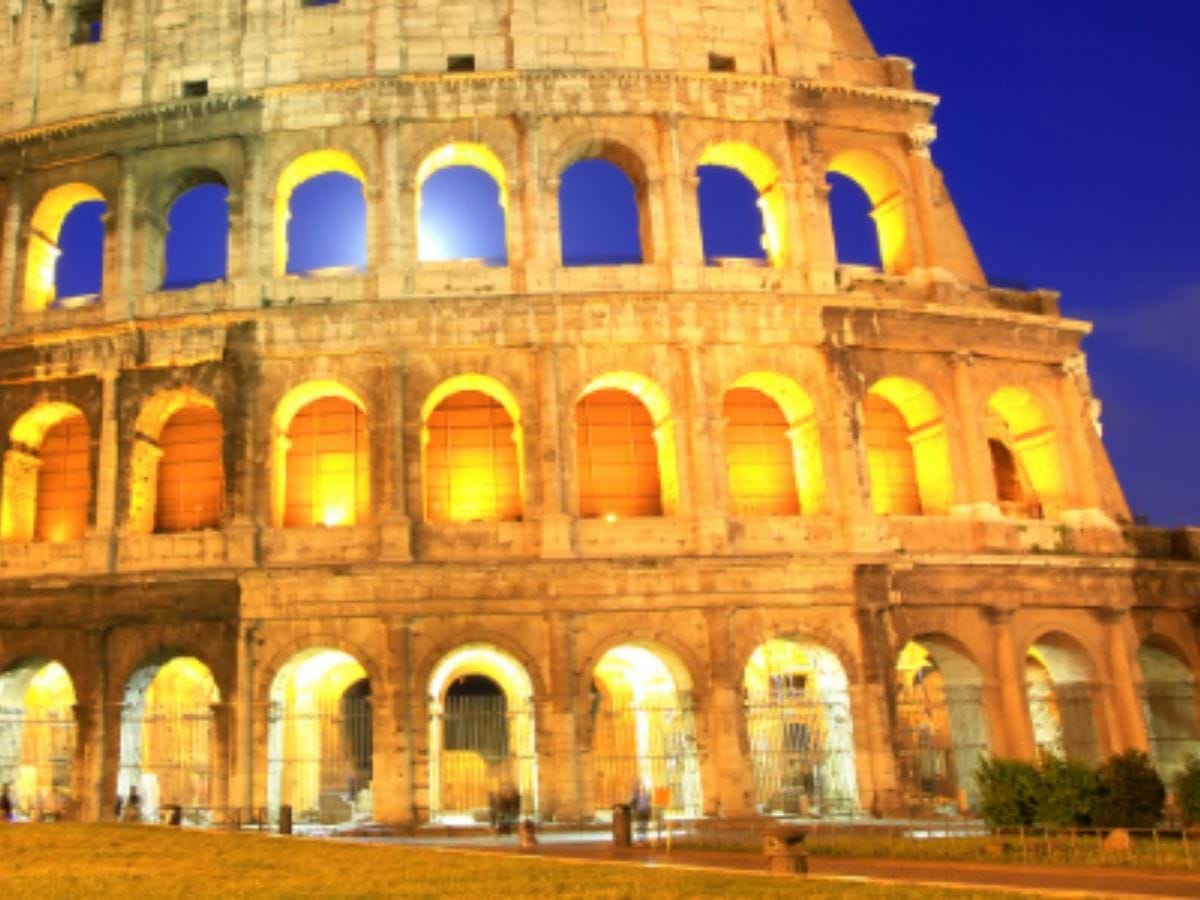