A Guide to Rome’s Most Iconic Fountains

There are over 50 beautiful fountains across the city of Rome. Chances are, you’ll have heard of many of them - and you can visit some of the best ones in the company of an expert guide on our tours of Rome too. Here’s a guide to Rome’s unmissable fountains… 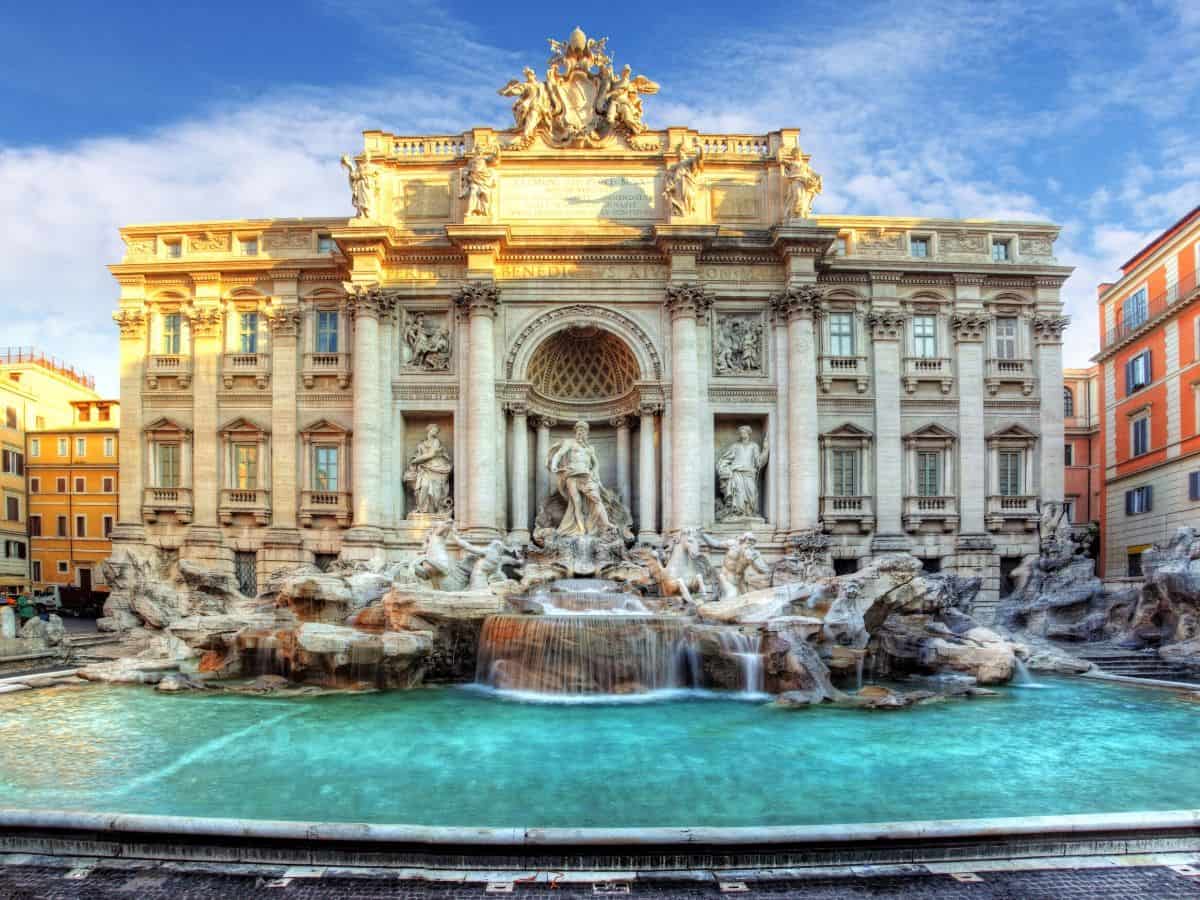 Probably Rome’s most famous fountain, the Trevi Fountain is incredibly popular with visitors. Built in 1762 and designed by artist and architect Nicola Salvi, the Trevi Fountain is the largest Baroque fountain in Rome. You can spot the fountain, located in Piazza di Trevi, in several movies such as Three Coins in the Fountain, Roman Holiday and The Lizzie McGuire Movie.

Speaking of coins, it is a tradition to throw coins into the Trevi Fountain. Legend says that throwing one coin in means you will return to Rome, two coins mean you will return to Rome and fall in love, while tossing three coins into the fountain is said to see you returning to Rome, falling in love and marrying. Around 3,000 euros are thrown into the Trevi Fountain every single day. The money is donated to charity - it is used to subsidize a supermarket for those in need in the city. Throw some coins in yourself on a walking tour of Rome! 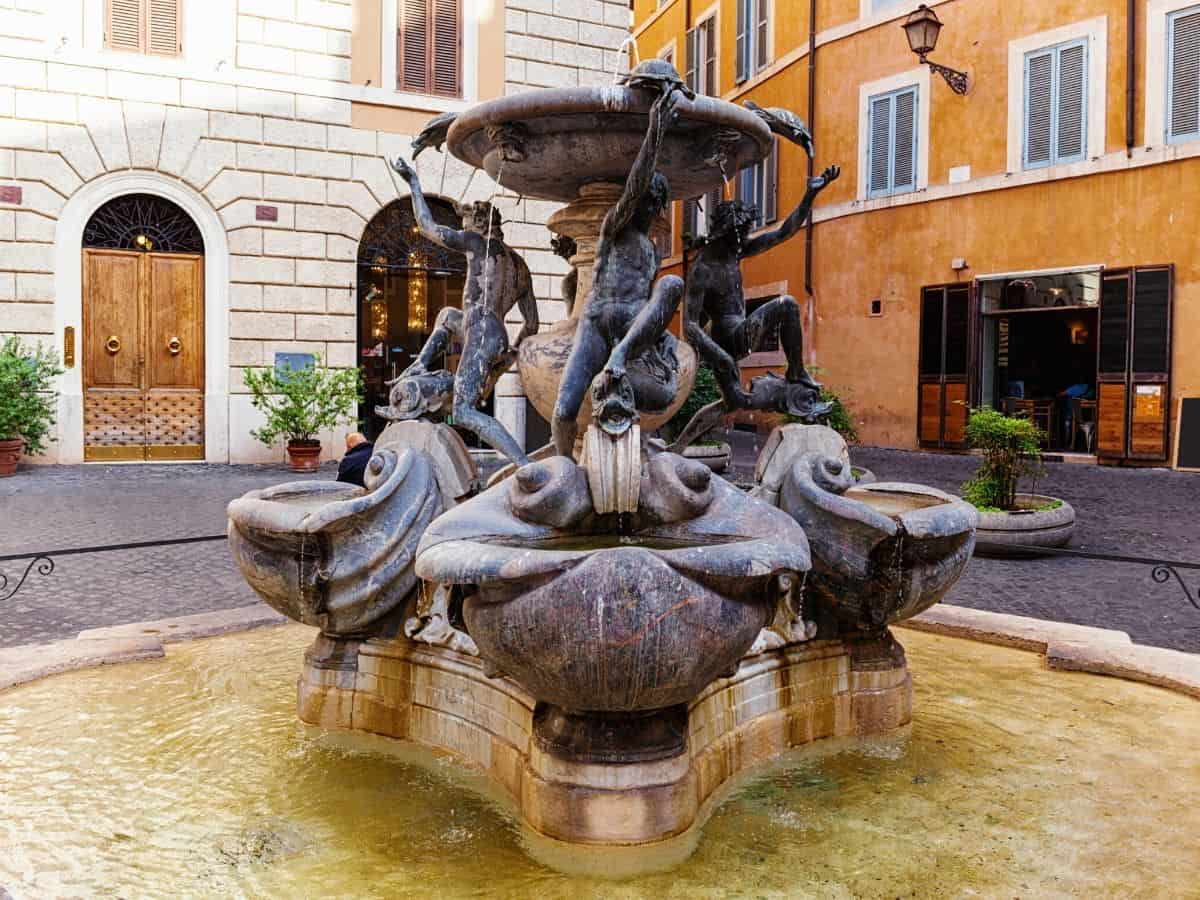 Located in Piazza Mattei, the Turtle Fountain was originally created by Giacomo della Porta and Taddeo Landini in the 1580s. It was supposed to have four dolphins - in 1658, Gian Lorenzo Bernini was leading some restoration work and decided to the fill the spaces where the dolphins should have been with bronze turtles instead. Bernini had used turtles in his work before, though the reason is anybody’s guess. It is likely that the turtles, being incredibly lifelike, were created from casts of real turtles; Bernini had used this method previously in sculptures of other living creatures. One of the turtles was stolen in 1979, so all four were then replaced with copies meaning the turtles you’ll see when visiting the fountain today are not actually the originals. The Turtle Fountain is small, but it is definitely iconic!

Fontana dei Quattro Fiumi / The Fountain of the Four Rivers 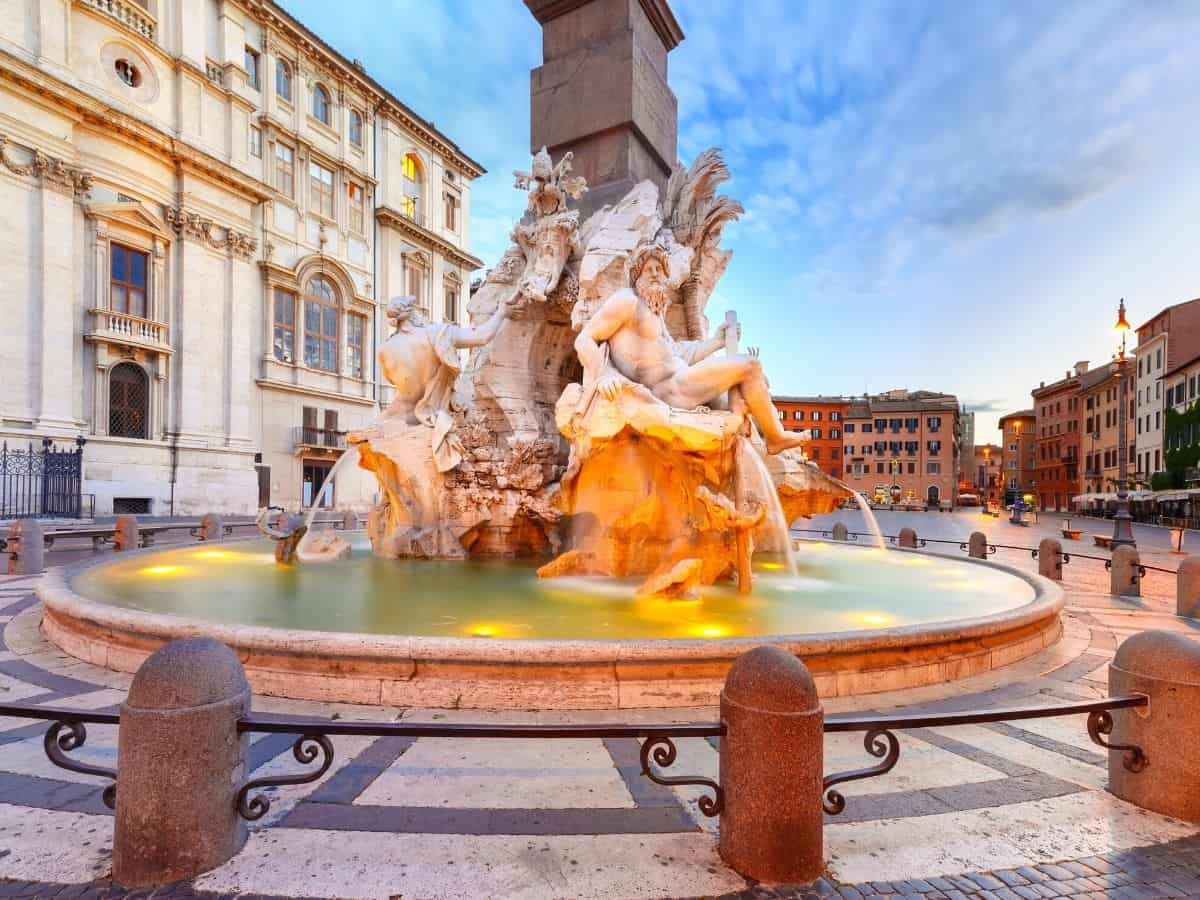 Designed for Pope Innocent X in 1651 by the Bernini, the Fountain of the Four Rivers is located in Piazza Navona. There are four river gods on the fountain, which represent the major rivers across the four contents to where papal authority had spread. These were the River Nile in Africa, the Danube in Europe, the Ganges in Asia and the Rio de la Plata in the Americas. A mock-Egyptian obelisk dominates the fountain, topped with the Pamphili family (that of Pope Innocent X) emblem of a dove with an olive twig.

The four allegorical river gods tell further stories. The one that represents the Ganges has a long oar, because the river was navigable. The god of the Danube is touching the Pope’s coat of arms - because this is the closest of the four to Rome itself. The god of the Rio de la Plata sits on a plate of coins, representing the riches that the Americas could offer to Europe. And the head of the god of the Nile is draped in cloth, because nobody knew where the source of the river was. The Fountain of the Four Rivers is one that has so much to say and shouldn’t be missed when exploring the city or on a Rome tour! 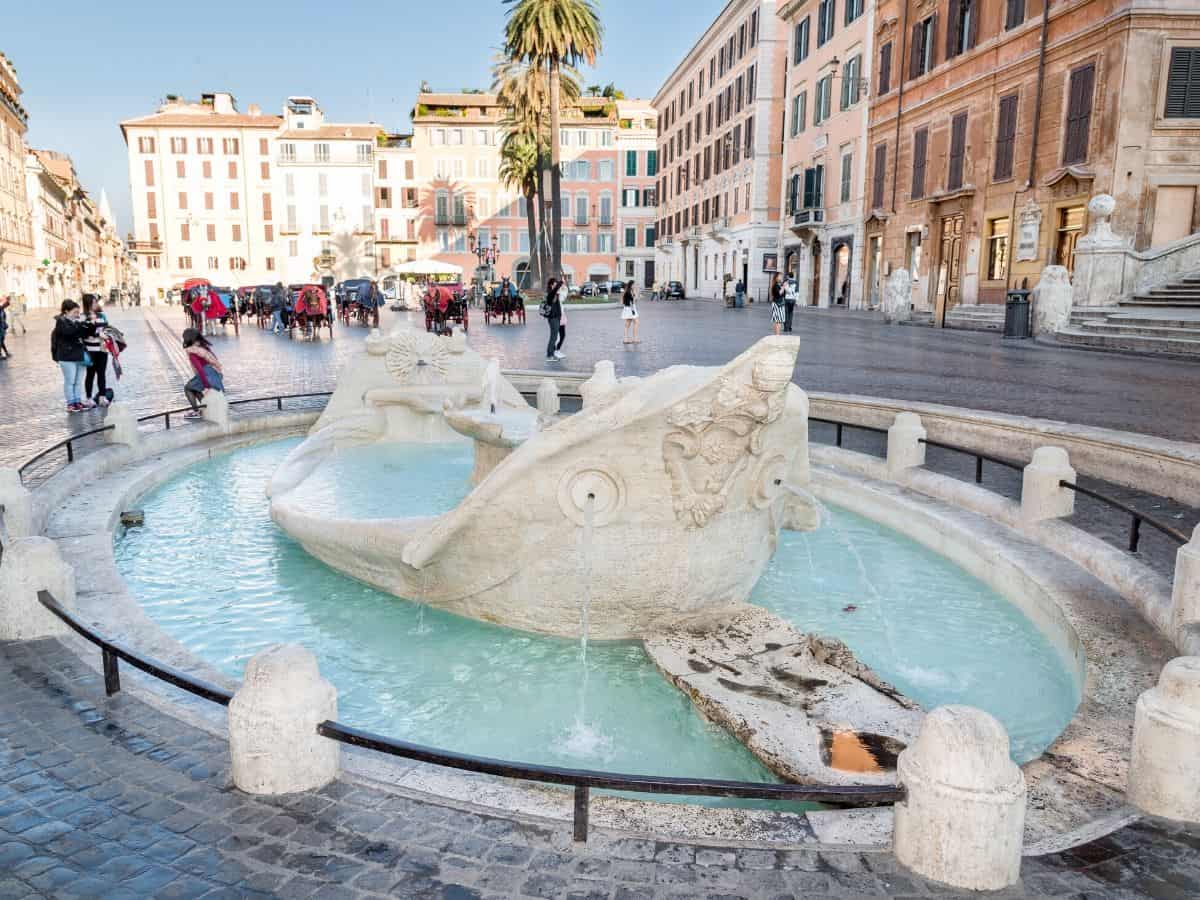 If you’re headed to the Spanish Steps on one of our Rome tours, then you’ll also be able to see the stunning Fountain of the Boat. Located in the Piazza di Spagna, just at the foot of the famous steps, this Baroque-style fountain was built in the 1620s. Commissioned by Pope Urban VIII as a continuation of the plan to build a fountain in every major piazza across Rome, the fountain was built by Pietro Bernini. He was the father of Gian Lorenzo Bernini, who likely helped with the building of the Fontana della Barcaccia.

It is said that this fountain was inspired by the flooding of the River Tiber in 1598. Water carried a small boat into this very piazza, and Bernini apparently wanted to commemorate this event. The fountain is also decorated with Pope Urban VIII’s family coat of arms, to continue his legacy. 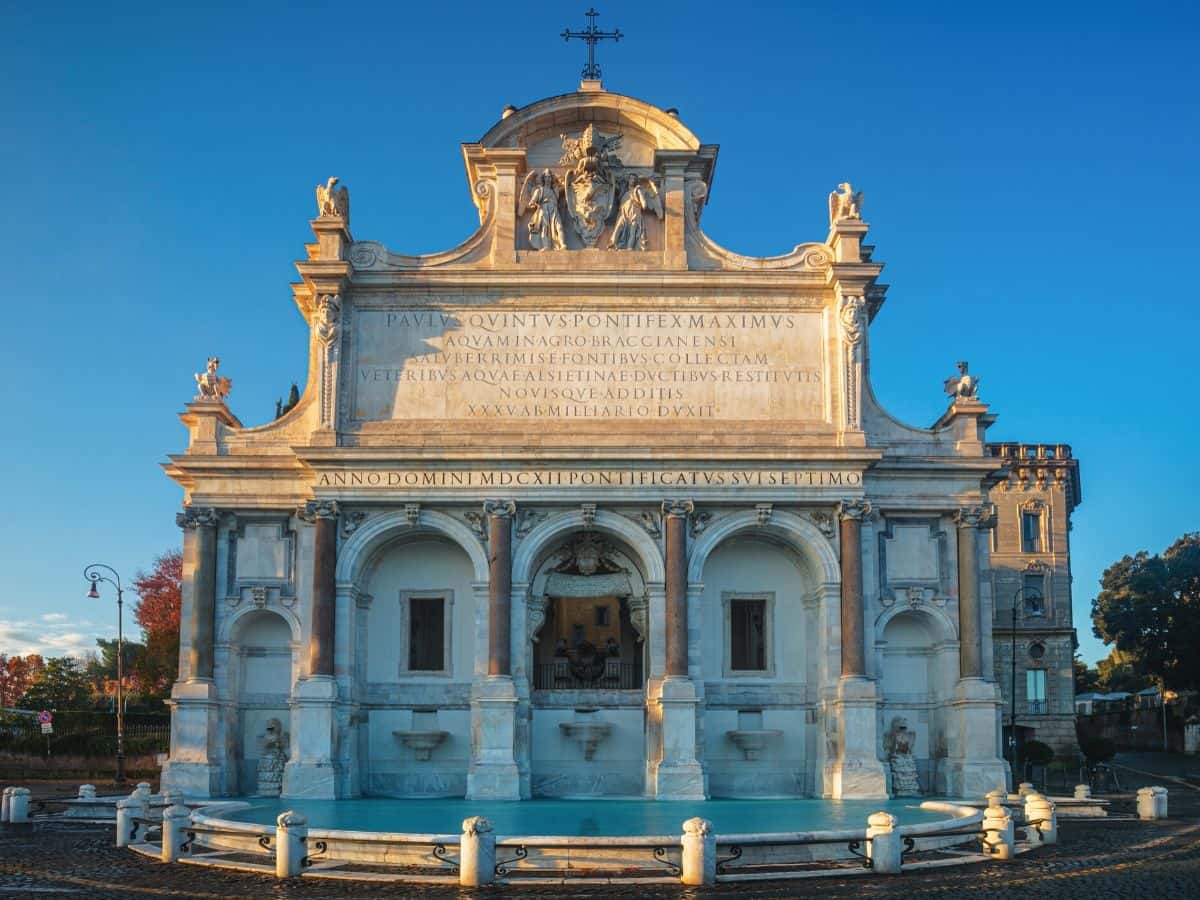 Found on the Janiculum Hill and built in 1612, this fountain marks the end of the Acqua Paola aqueduct. Pope Paul V wanted to bring clean drinking water to the residents of this particular part of Rome; he imposed a tax on wine, extended the ruined Acqua Traiana aqueduct and had this fountain built. He was able to buy the rights to the water which came from a spring not too far away - near Lake Bracciano. This became the source of water for The Big Fountain.

The theme of the fountain is, simply, water. There are five streams pouring through arches into five marble basins - and as the name suggests, the fountain is huge. The six columns are made of pink stone from the original St. Peter’s Basilica, while much of the marble used in the building process was from the Roman Forum.

Rome is home to so many fountains - each of them with an incredible story to tell. They are beautiful, providing classic photo opportunities and a chance to learn about Roman history, artwork and more. Our Rome tours are a great way to see some of these fountains as well as other iconic landmarks across the city, in the company of an expert guide who can tell you even more about them… Walking tours in Rome are a fantastic way to see the Eternal City, and you won’t be disappointed!

6 Ways We Can Future-Proof Pompeii