Unbeknown to many visitors, Italy’s bright and bustling capital city has a hidden dark, sinister side. A side that allows for an insight into another world; a side that’s deep in the underground and full of secrets. On our Roman Catacombs tour you can see it up close but for now, here is a history of Rome’s Catacombs.

Rome’s Catacombs date back to the 1st century - they were among the first Catacombs ever built. It is said that the tunnels themselves are even older, carved out by Etruscan people to be used for mining limestone and sandstone. Later, underground tombs were built within the tunnels: first by the Jewish community and, later still, by Christians.

In Ancient Rome, bodies could not be buried anywhere within the city walls. This was for hygiene reasons, but it meant the early Christians had to turn elsewhere. Unlike the pagans, who cremated their dead, Christians wanted to be ready for the resurrection - therefore, burial was the only way to go. There were a couple of well-off Christian families in Rome at the time, and they built their own cemeteries beneath land that they owned - and they kindly extended the use of this to others within the Christian community. Bodies were wrapped in two layers of cloth which was soaked in lye to prevent contamination, and then they were placed into sections of the cave walls. However, this did little to preserve the bodies and, when they were eventually rediscovered, it was impossible to even tell the gender of the remains. 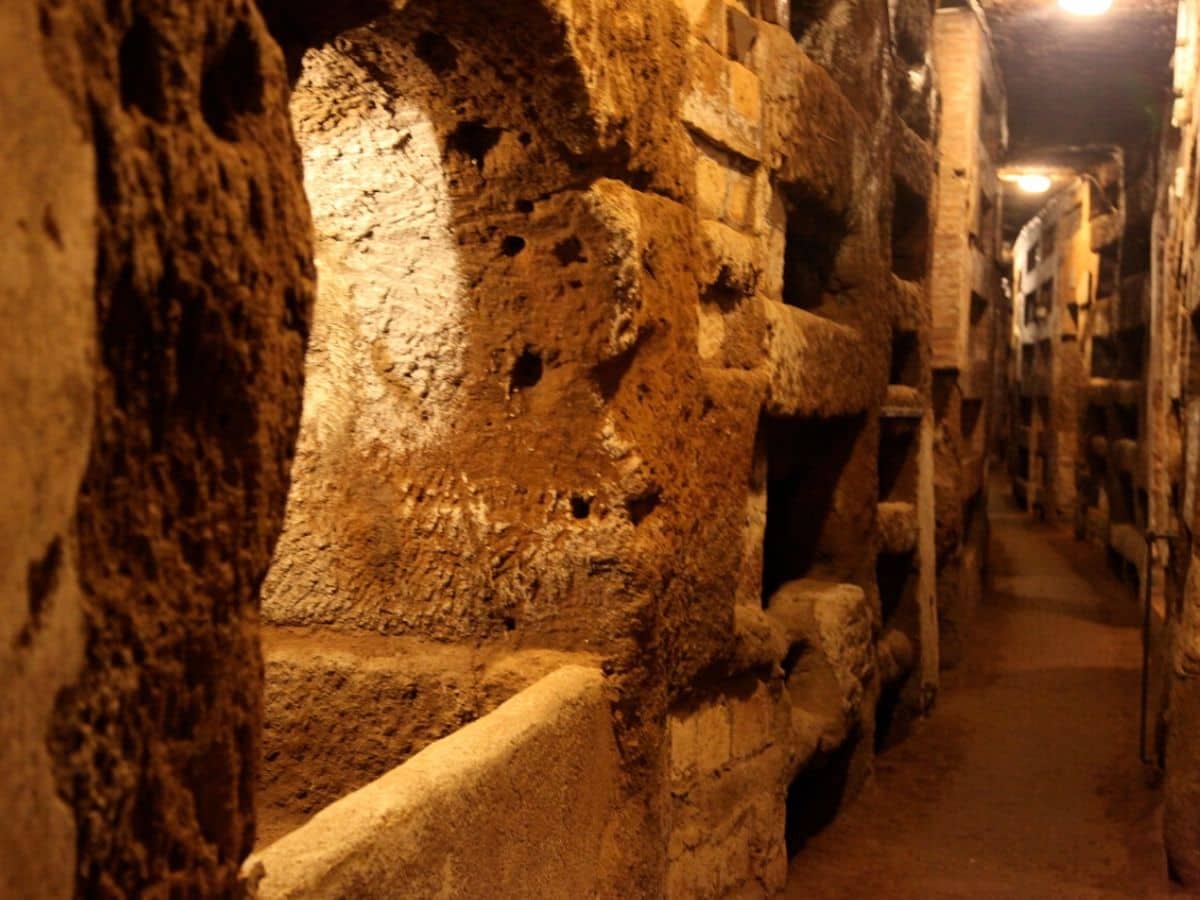 At this point, Christianity was still an illegal religion. During the 2nd and 3rd centuries it grew more and more popular - martyrs and saints were buried beneath the streets of Rome, and people worshipped below ground too. This was to protect the secrecy of the religion but also to be closer to the deceased. Benches and tables were moved underground, and the early Christians would pray among their dead. On a Rome Catacombs tour you can see the places where the roots of this religion took hold!

The rich and poor were buried alongside each other - it didn’t matter who you were or what class you belonged to, the Catacombs were for everybody. Burying the dead was seen as an act of corporal mercy so it was particularly important to the early Christians that everybody should receive a proper burial, something that is still recognized today. Bodies were labeled solely by name - no mention of class, status or title - which confirmed the belief that everyone was equal within their faith.

In 313 AD, Christianity was eventually legalized. Funerals took place above ground, and the need for Catacombs and underground burial chambers became less and less. By the 5th century they were hardly used at all, although they did serve as a pilgrimage for Christian worshippers visiting from across the globe.

In the 9th century, Germanic invaders pillaged the Catacombs in search of artwork, jewelry and coins buried with the dead. Because of this, the bodies and accompanying relics of the saints and martyrs were moved to Rome’s churches where many remain to this day. As time passed the Catacombs were forgotten about until their rediscovery in the 1600s.

On our Rome Catacombs tours, there is so much to see. Only five Catacombs are open to the public, out of the 40 that have been discovered, but they allow for an unforgettable experience as you explore a side of the Eternal City that is, for the most part, unseen. In a group of twenty or less, you will travel to various locations via climate-controlled bus with an English-speaking guide - who also happens to be an archaeologist, meaning you’re in the best possible hands for exploring the Catacombs. 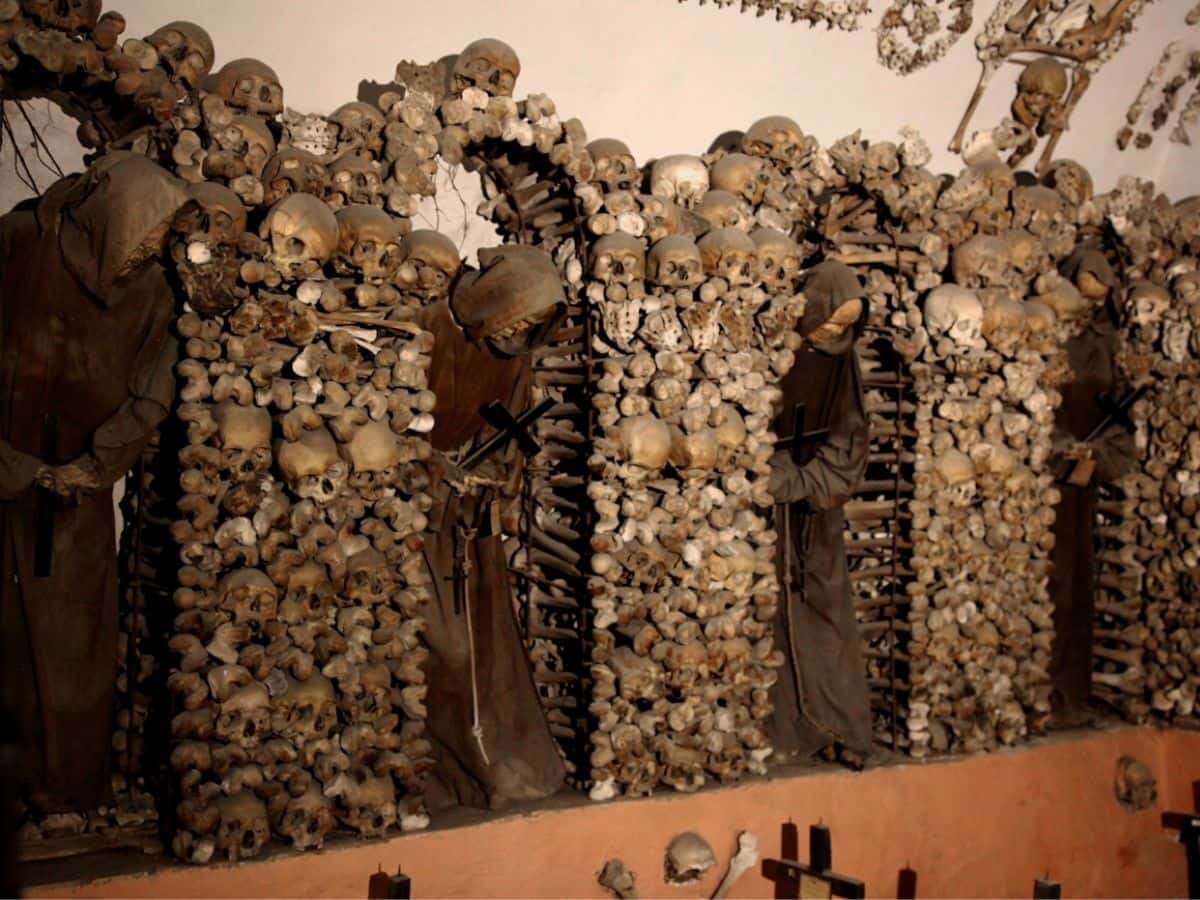 Our tour of Rome Catacombs will take you to one of three Catacombs: Domitilla, San Callisto or Santa Priscilla. You’ll find bones arranged in patterns, tombs carved into walls and fine art left behind by early Christians. This art includes frescoes of scenes such as The Last Supper and The Three Hebrews and the Fiery Furnace, as well as depictions of Adam and Eve, Christ and the apostles, and many more. The paintings have been treated by a laser cleaner (to get rid of centuries worth of grime) and can be seen clearly now.

The tour will also visit the Basilica of San Clemente. Not far from the Colosseum, this is one of Rome’s reused churches - and probably the best example of church reuse. Descending beneath the church itself you can explore a preserved Roman street: it has a working aqueduct, pagan cult meeting room and more. Visiting the basilica allows you to step back in time and retrace the footsteps of the ancient Romans - a fascinating insight into what society was like back then. This is an experience you are unlikely to have anywhere else, which is the beauty of a Catacombs tour. Rome has so much to offer, and some of it lies beneath the surface!

Last but not least, the tour will head to the Capuchin Crypts. Located in the Church of Santa Maria della Concezioni dei Cappuccini, the crypts are home to the bodies of 4000 friars. They were relocated here in the 17th century. The bones have been arranged in all sorts of elaborate patterns - it provides visitors with a reminder that death cannot be escaped. Not only that, but the bones are fascinating for those with an interesting in science and anatomy.

The Catacombs across the city of Rome are interesting for many reasons: whether its religion, science, art, history, sociology or archaeology that fascinated you, the Catacombs provide something that will pique your interest. They are a brilliant example of the inner workings of early Christian communities, and a great way of looking into the past. If you’re looking for something slightly different to do on a trip to Rome, then visiting the Catacombs is a must!

An Art-Lovers Guide to Pompeii 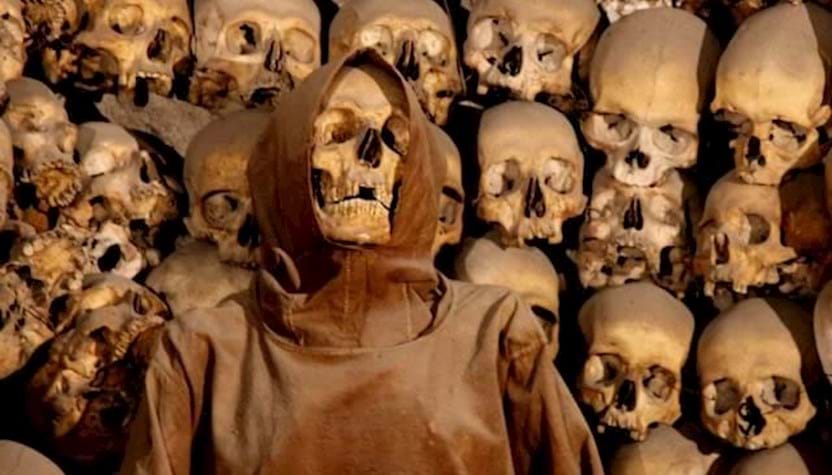 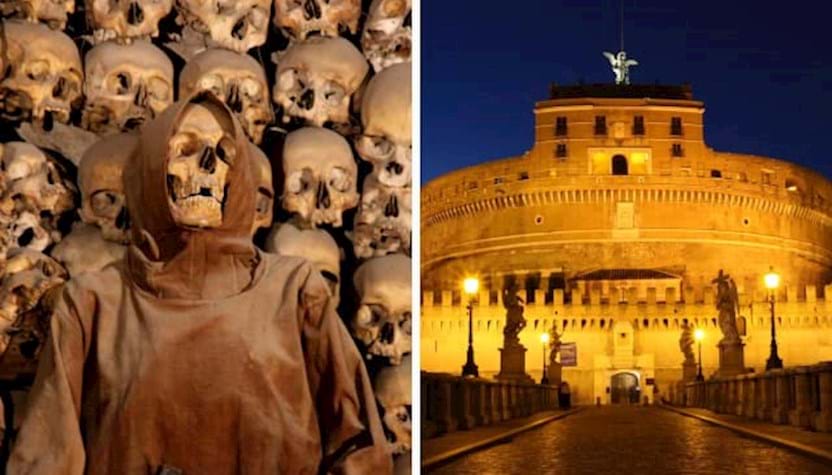