A Guide to Rome’s City Center

Italy’s capital city is home to millions of people, and its history spans 28 centuries. Nicknamed ‘The Eternal City’ and regarded as the first ever metropolis, Rome has SO much to see, do and explore - whether you choose to do it by yourself, or join a walking tour of Rome. Rome is full to the brim with history, architecture, film locations and more!

You don’t even have to cover that much ground on a walking tour - Rome is well-known for the fact that many of its iconic, must-see landmarks are really close together. You can easily visit most sites in one day without having to rush around or cut your time short. 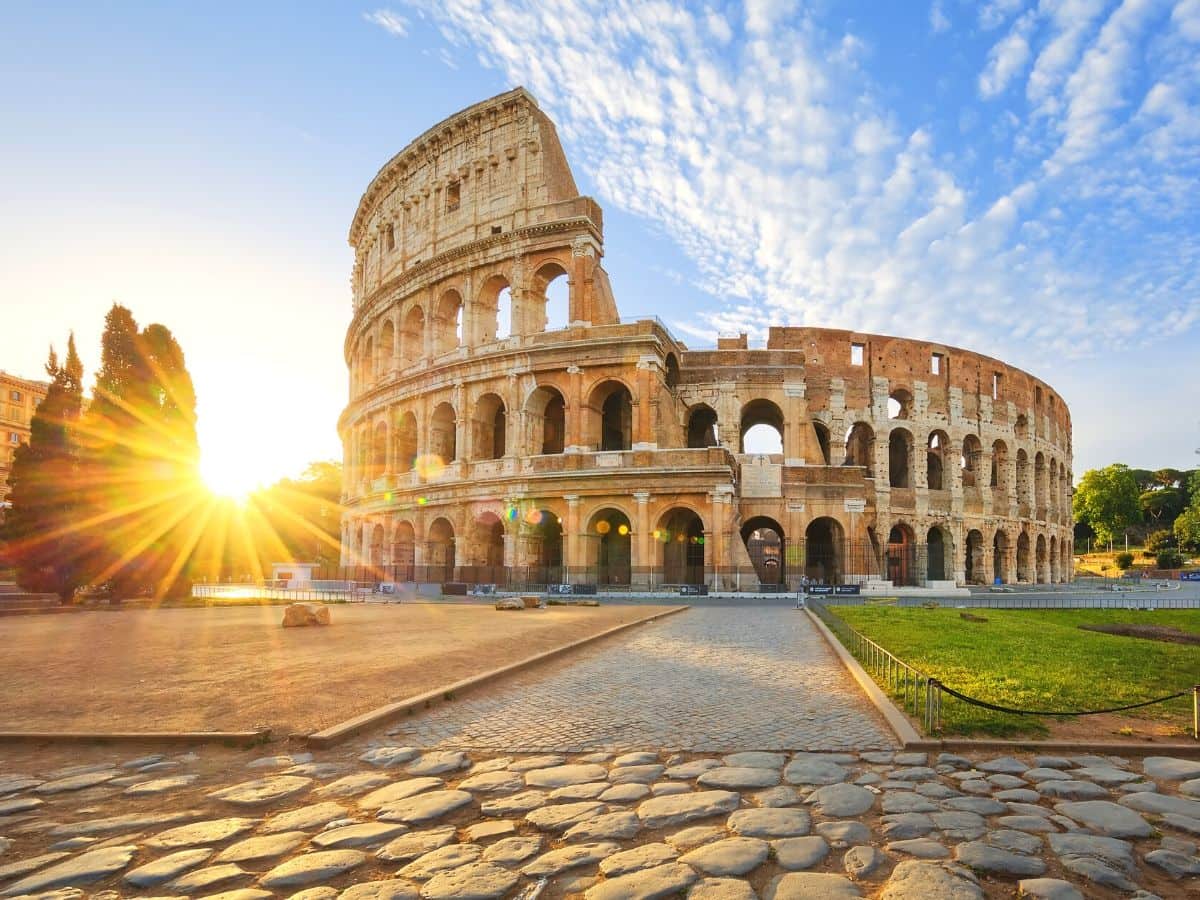 Perhaps synonymous with Rome is the Colosseum. The ancient gladiatorial arena may be partly in ruins, but it is an absolute must-see when heading to the city. It once held over 50,000 spectators, providing them with the perfect place to watch the blood spill of gladiator contests along with mock sea battles, executions and animal hunts. Providing a backdrop in films such as The Lizzie McGuire Movie and Gladiator, the Colosseum is easily one of the most famous sites in Rome and one that everyone is queuing up to get in to; but you can skip the line with our guided Colosseum tours! Rome is such a stunning city, you don’t want to be wasting your time waiting around.

Just a few minutes away from the Colosseum you’ll find the Roman Forum, which was such an important part of daily life in ancient Rome. This was the site of public speeches, elections, processions, criminal trials and commercial affairs. It was full of statues commemorating great Roman men, and today offers its sprawling archaeological ruins for visitors to explore.

Finishing off this wonderful archaeological triad is Palatine Hill, 40 meters above the forum. It is the center-most of the Seven Hills of Rome, and since the rule of Augustus palaces have been built here. The views are fantastic, and it is definitely worth walking up from the Colosseum and the forum to drink in the views of the Eternal City and stand where the city was born. 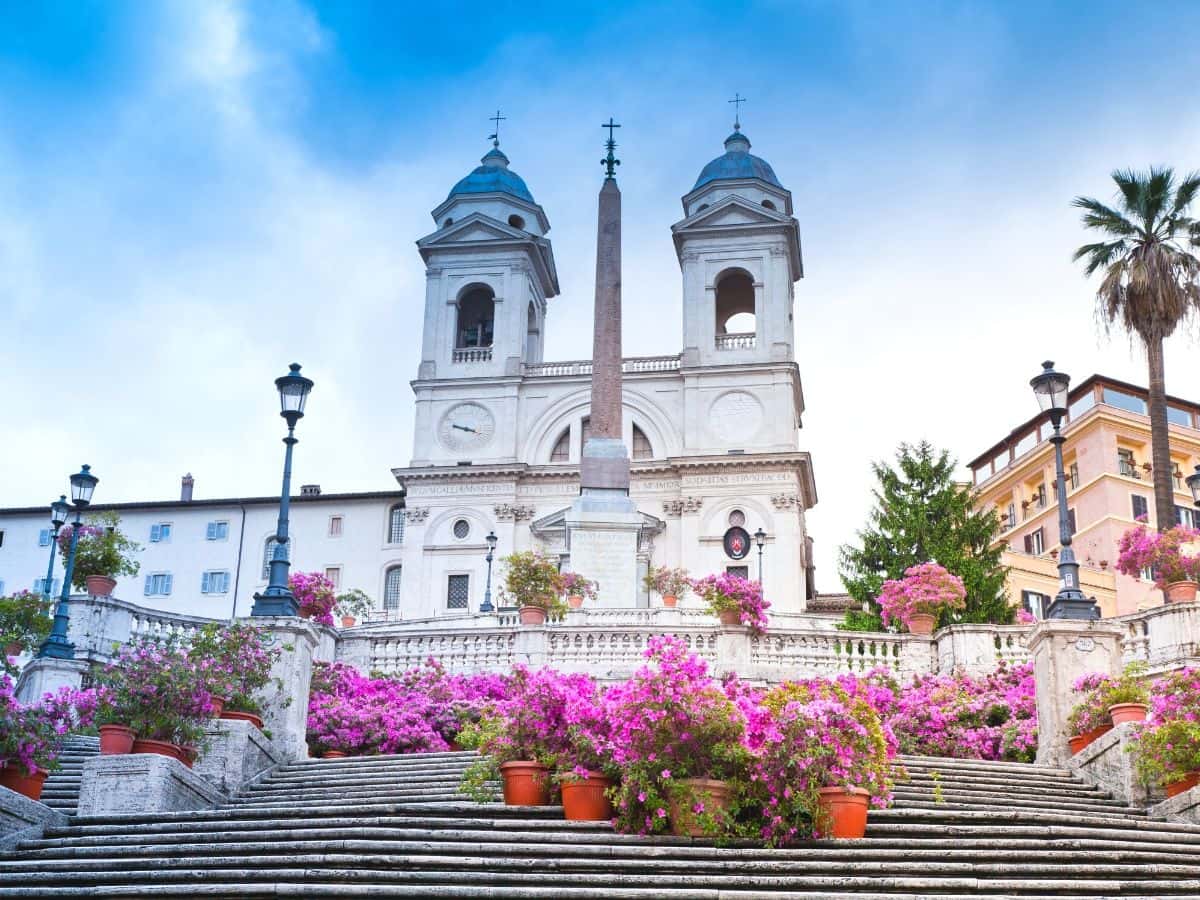 There are other archaeological sites of interest dotted across the city of Rome. The Baths of Caracalla provide the chance to walk around the ruins of a vast Roman bath complex, and there are also at least eight Egyptian obelisks in Rome. These were brought over to Italy following the Roman conquest in Egyptian and can be found in various places across the city such as Piazza del Popolo and St Peter’s Square.

Another iconic building in Rome is the Pantheon, a former Roman temple. It is now a church and is a cylindrical building with a portico of Corinthian columns and an unenforced concrete dome. The dome has a central opening, known as an oculus, to the sky. The inside contains beautiful art work alongside the tombs of Italian royalty. Over the years, architects around the world have emulated the style of the Pantheon when designing important buildings such as city halls and public libraries.

Just 15 minutes away from the Pantheon by foot, you will reach the Spanish Steps. These steps link two of Rome’s most famous squares: Piazza di Spagna at the base, and Piazza Trinità dei Monti at the top. Traditionally the steps are a meeting place, and they are still used as such today. The Spanish Steps are the widest stairway in Europe, and English poet John Keats lived and died in a house at the bottom right of the steps. The steps are an iconic part of any visit to Rome. 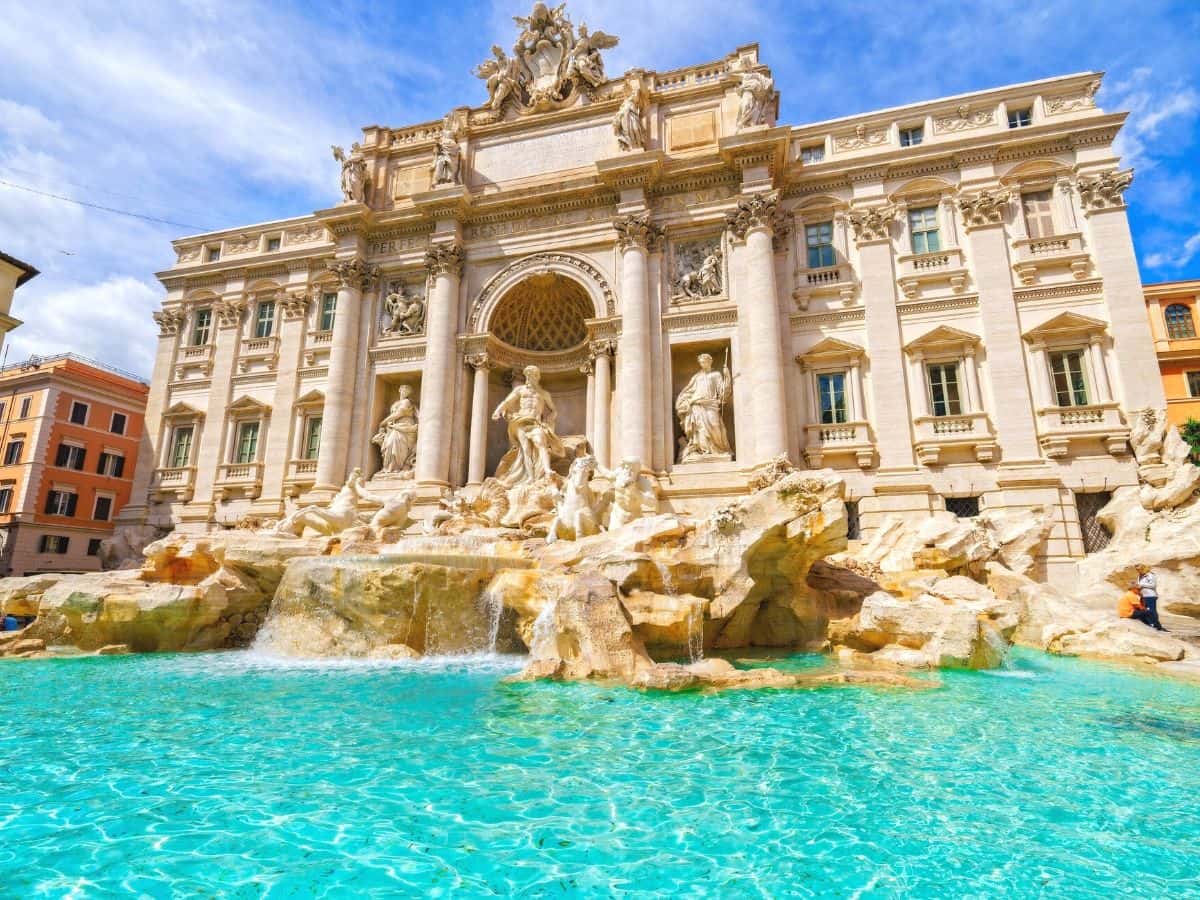 Another 15-minute walk will take you to the Trevi Fountain: the largest baroque fountains the world. It is 26.3 meters high, and 49.15 meters wide. Again, the Trevi Fountain is so symbolic when it comes to must-see sites in Rome - and it is said that if you throw a coin into the fountain and make a wish, you’ll come back one day. Designed by Nicola Salvi, the fountain has made an appearance in several films: Sabrina Goes to Rome, Roman Holiday and more!

There are other fountains in Rome, of course. The Fountain of the Four Rivers, located in Piazza Navona (around a mile from the Spanish Steps) and designed by Gian Lorenzo Bernini, has four marble giants sitting on a rock. Each of these represent one of the four main rivers on Earth - at least those that were known at the time: the Nile, the Ganges, the Danube and the Rio de la Plata. Piazza Navona has two other fountains: The Moor Fountain and the Fountain of Neptune, and 10 minutes away you’ll find the Turtle Fountain in Piazza Mattei. 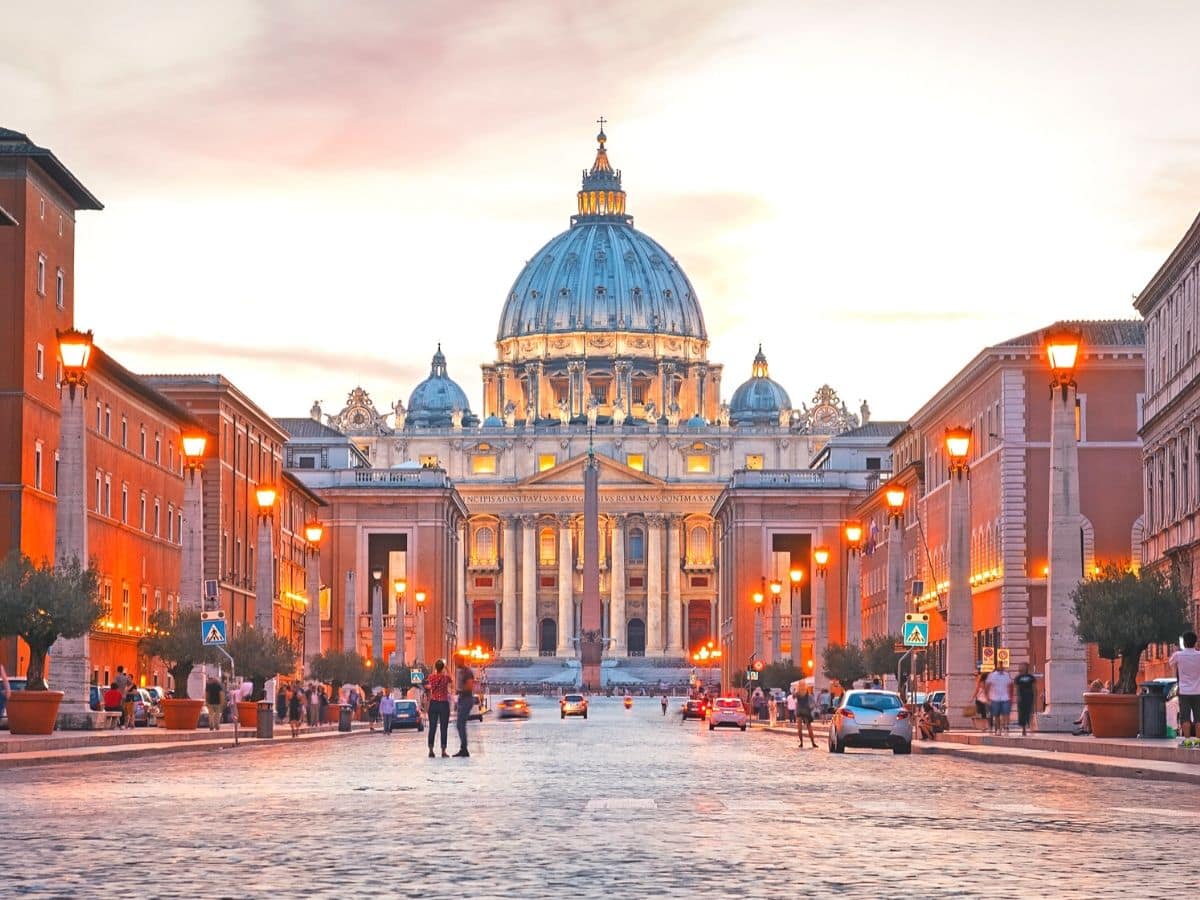 The only example of a country within a city is in Rome: the Vatican City is, despite the name, its own country. It is just 20 minutes outside of the city center by taxi. It is only 110 acres big and has a population of around 1000 - making it the smallest sovereign state in the world. Geographically it is located on Vatican Hill, where the name comes from, and the Pope is the head of the state. You can see the iconic Vatican City in films such as Angels and Demons, The Godfather Part III, and The Devil Inside.

On a tour of the Vatican City you can see Saint Peter’s Basilica, the Sistine Chapel - where you’ll find Michelangelo’s iconic painted ceiling - and the extensive Vatican museums with their tapestries and maps. You can also stand in Saint Peter’s Square and soak in the atmosphere or check out the gardens of the Vatican City. There is even a necropolis five stories below ground level.

Make the most of your time in the Eternal City and book a Rome walking tour. Explore the history and beauty of the city with our expert guides who have a true passion for Rome and everything there - whether you spend the day with us or book one of our night tours of Rome, you won’t be disappointed.