A Guide to Michelangelo’s Last Judgement

The Last Judgement, known in Italian as Il Guidizio Universale, is a fresco which covers the entire altar wall of the Sistine Chapel in the Vatican City. You can see it on tours of the Vatican, and it is one thing you absolutely shouldn’t miss when visiting Rome and the Vatican. Tour tickets are available online, with skip the line and early access options available. There are many hidden meanings in this profound masterpiece, make sure you recognize them all with this guide.

What is The Last Judgement? 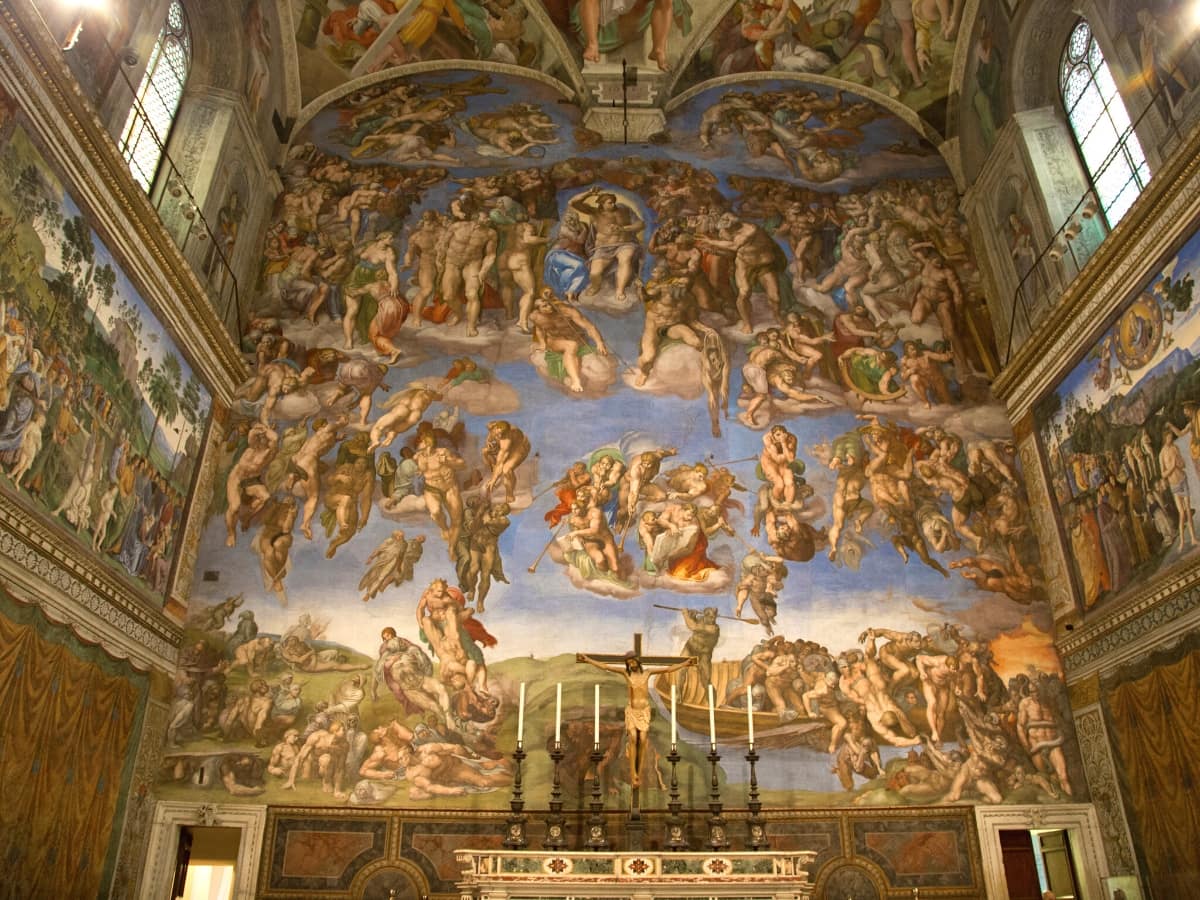 Painted by esteemed Italian painter, sculptor, poet and architect Michelangelo di Lodovico Buonarroti Simoni, The Last Judgement depicts the second coming of Christ as well as God’s final and eternal judgment of all humanity. Christ is surrounded by many prominent saints, and human souls are depicted rising and descending to their fates. There are over 300 figures shown within The Last Judgement, and most of the angels and male figures were originally painted nude. Some were covered with painted draperies at a later date, as members of the clergy found their nudity offensive.

The fresco took four years to complete; Michelangelo started the work in 1536, twenty-five years after his completion of the Sistine Chapel ceiling, and it was finished in 1541. The painter was almost 67 years old by the time The Last Judgement was finished.

What Makes The Last Judgement so Unmissable? 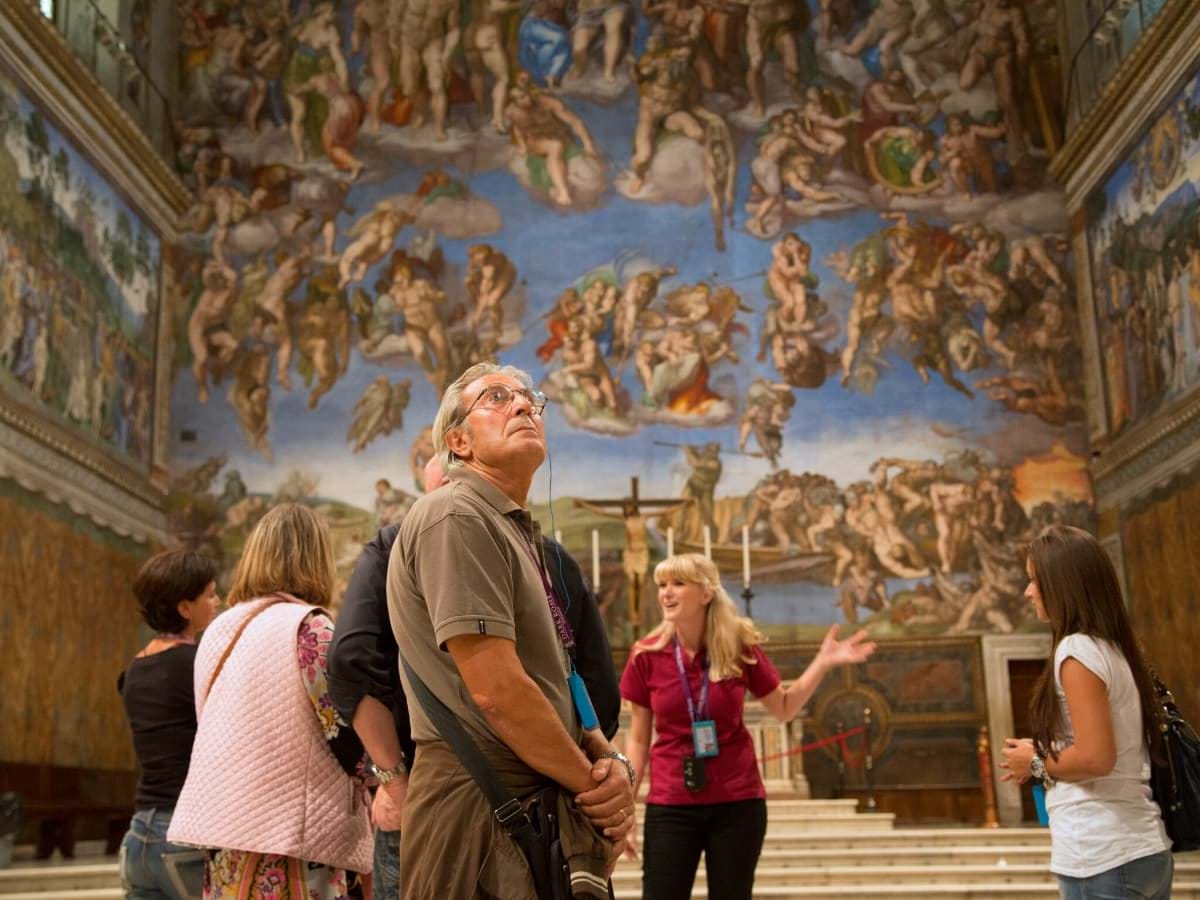 While many visitors spend their visit to the Sistine Chapel with their eyes fixed on the famous ceiling, The Last Judgement is definitely worth seeing. It fills an entire wall from top to bottom and offers an insight into Michelangelo’s artistic evolution given the time that passed between the ceiling and the wall itself being painted. It is also uniquely situated; The Last Judgement as a scene is typical for church frescoes, but it would traditionally be painted on the West wall, so the congregation could be reminded of their options when leaving the church. However, in the Sistine Chapel, Michelangelo’s Last Judgement is on the altar wall at the East end of the church. This is just one way in which it strays from tradition, making it a fascinating piece of art to behold.

The Last Judgement has been critiqued and judged heavily over the years. This has come from both an artistic and religious standpoint; the figures are, to some, too muscular and too nude, and Christ’s body is the same size as that of the saints and souls in the image. As well as that, he is depicted without a beard! These are all criticisms that have been made of the fresco since it’s original unveiling.

Later, Pope Paul IV suggested that Michelangelo was purposely defaming the church. He said the painting implied that Jesus and those around him could communicate with God directly, without the need of the church - this is just one of the scandals that came about due to this controversial work. Pope Paul IV even had Michelangelo’s pension suspended as a result of it. The painting was such a bold statement, and it caused so much of a stir, that you would be missing out by not paying attention to its detail.

See it for yourself and reach your own conclusions about the controversies on a tour of Vatican City and the Sistine Chapel!

What Can You See in The Last Judgement? 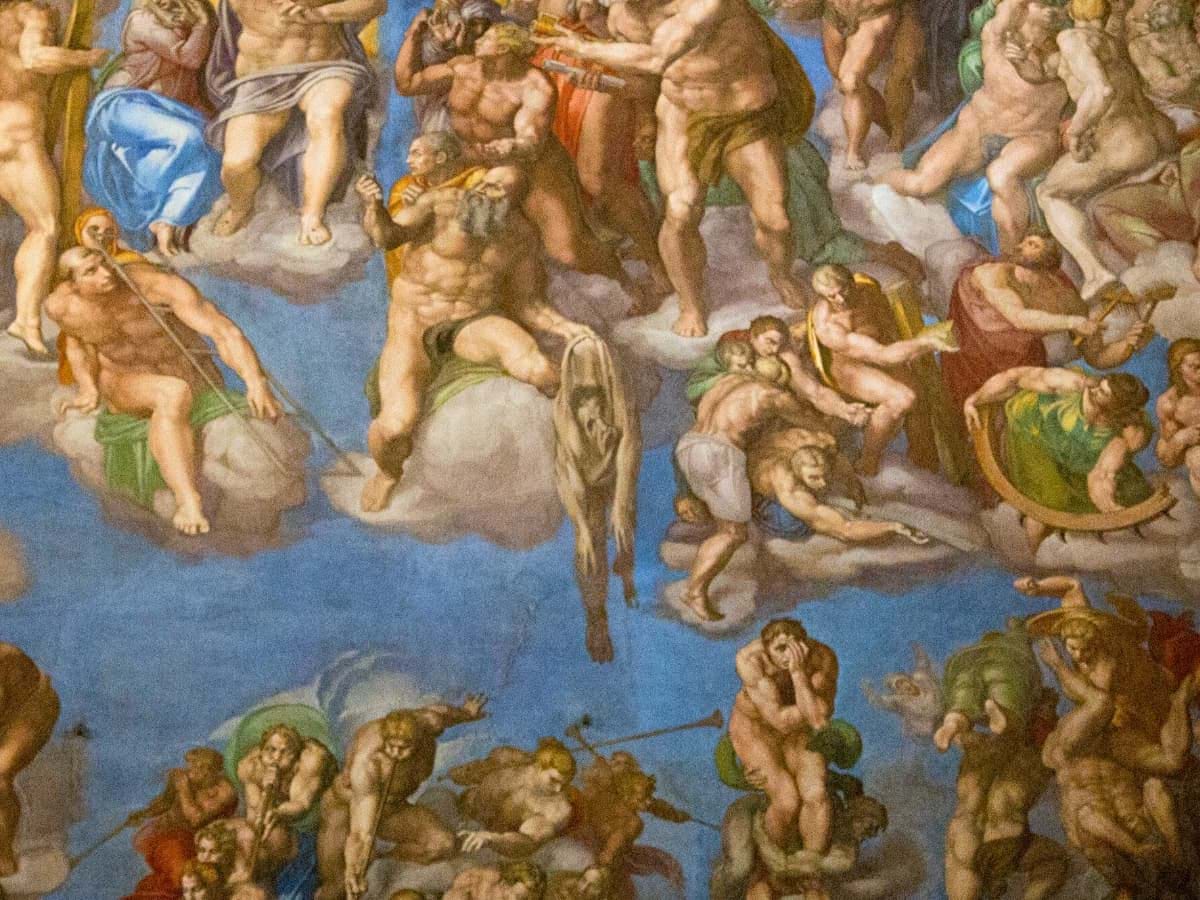 If you look closely, there is so much to see within the painting that might not be visible at first glance. For example, Michelangelo used his artistic license and painted the angels without wings - similar to Christ’s lack of beard or throne, this was fairly unprecedented.

Before the painting was completed, Pope Paul III embarked on a preview visit with his Master of Ceremonies. It was he, Biagio da Cesena, who reportedly said that the nude figures within Michelangelo’s Last Judgement were disgraceful, and that it was shameful to have them depicted in artwork in such a sacred place. He is quoted as saying that it was “no work for a papal chapel but rather for the public baths and taverns.” Michelangelo retaliated by working Cesena’s face into the painting in the form of Minos, judge of the underworld, with donkey ears to represent foolishness. His genitals are covered with a coiled snake. You can see this in the far bottom-right corner of the painting during a tour of Vatican City and the Sistine Chapel!

You can also see imagery in the painting that contradict the scriptural references of the scene. For example, you’ll see that all of the angels blowing trumpets are in one group - the Book of Revelation states that they were sent to the four corners of the earth. The scripture also places Christ on a throne, something that Michelangelo chose not to do as mentioned earlier. You can also see draperies blowing in the wind, despite claims that all weather would cease on the Day of Judgement. For people who are interested in religion, art and the relationship between the two, it is fascinating to see how Michelangelo strayed from what was written and widely believed. You can enjoy private tours of the Vatican if this is something you’re particularly keen to learn about.

Also hidden within The Last Judgement by Michelangelo is a hidden portrait of the artist himself. At least, this is what is widely believed by art critics and historians across the globe - it was not actually confirmed by Michelangelo at the time. You can see this just to the right of the depiction of Christ in the center of the fresco - Saint Bartholomew is holding his flayed skin, which shows Michelangelo’s own face. He was not only an artist but a poet too, and in one of his poems he had used the metaphor of a snake shedding its old skin for hope of a new life after death.

The Last Judgement really is a must-see when visiting the Vatican. Specially curated itineraries, skip-the-line entry and early-access all make for the perfect Vatican tour and allow you to see this incredible painting up close and personal. 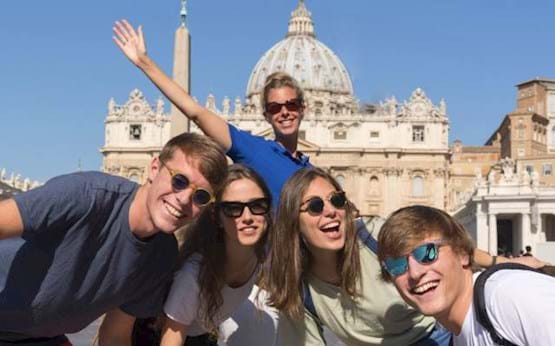 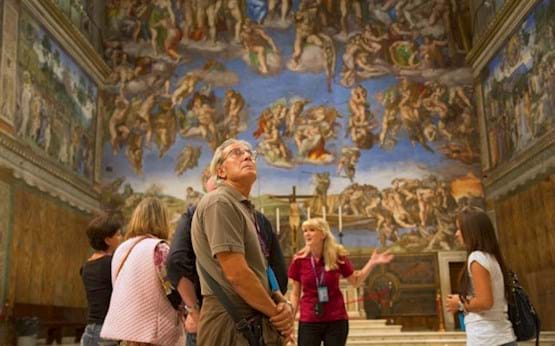 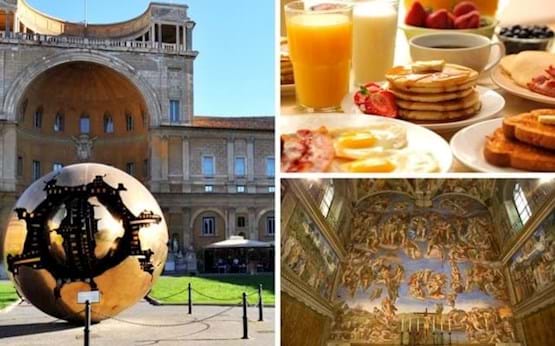