Hailed as one of Europe's most beautiful cities, Rome is a true sight to behold. The incredibly low skyline showing off St. Peters Basilica from just about any angle. No matter what you do during your time in this beautiful city, one thing’s for sure, no trip to Rome would be complete without a sunset view from one of our favorite hills. To help you accomplish this goal, we’ve compiled a list of the best 5 views in Rome. 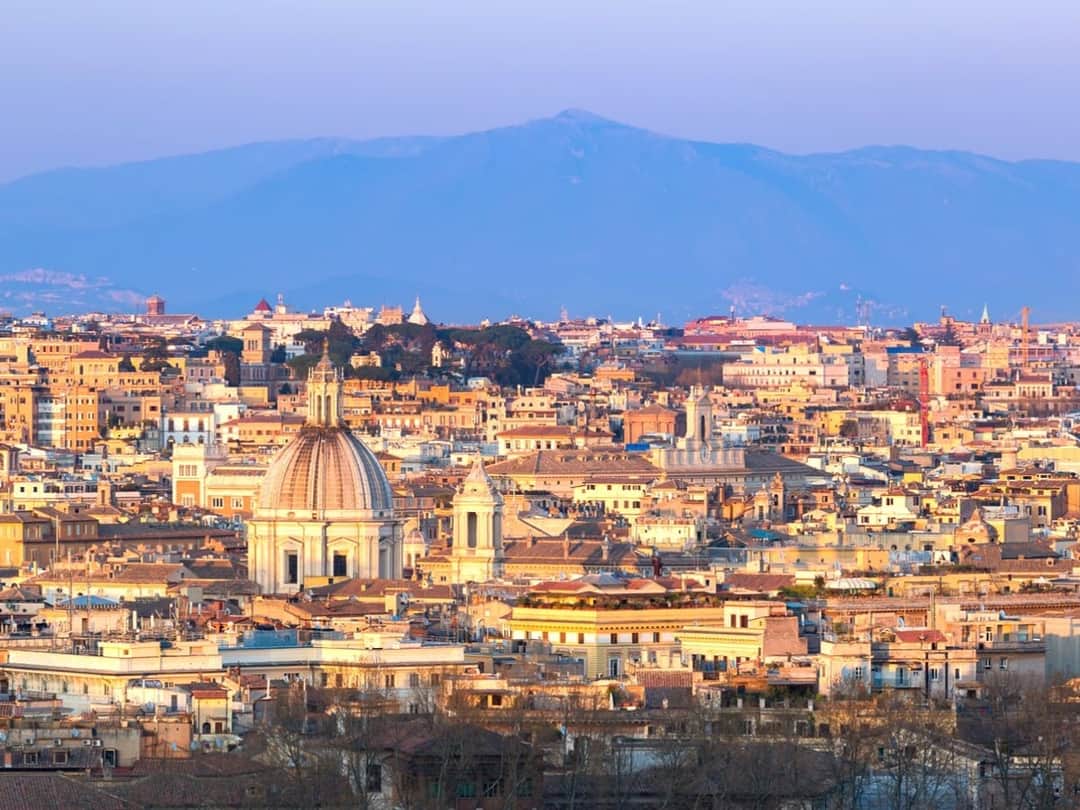 Most Beautiful Sunset in Rome

To witness lovers embracing the rippling reds and oranges of the setting sun while resting on each others shoulders is commonplace at the Gianicolo. Not far from the city center, this is the perfect way to end a long day of touring and sightseeing. Arguably the best view of the city, the Janiculum hill is located just outside of the Ancient City and to the west of the river Tiber. Although not technically one of the seven hills of Rome, we think its merit outweighs the label. Plus, since it's less of a tourist trap, you might just have a whole section all to yourself, wouldn’t that be nice!

We love the Gianicolo so much that we’ve included it in one of our most popular tours. Join us in exploring Rome By Night, where you'll be taken by bus up the Janiculum Hill to the Gianicolo. Here, you'll sit perched upon the viewpoint as you embrace the iconic sights you’ve just seen; Colosseum, Trevi Fountain and St. Peters Square. 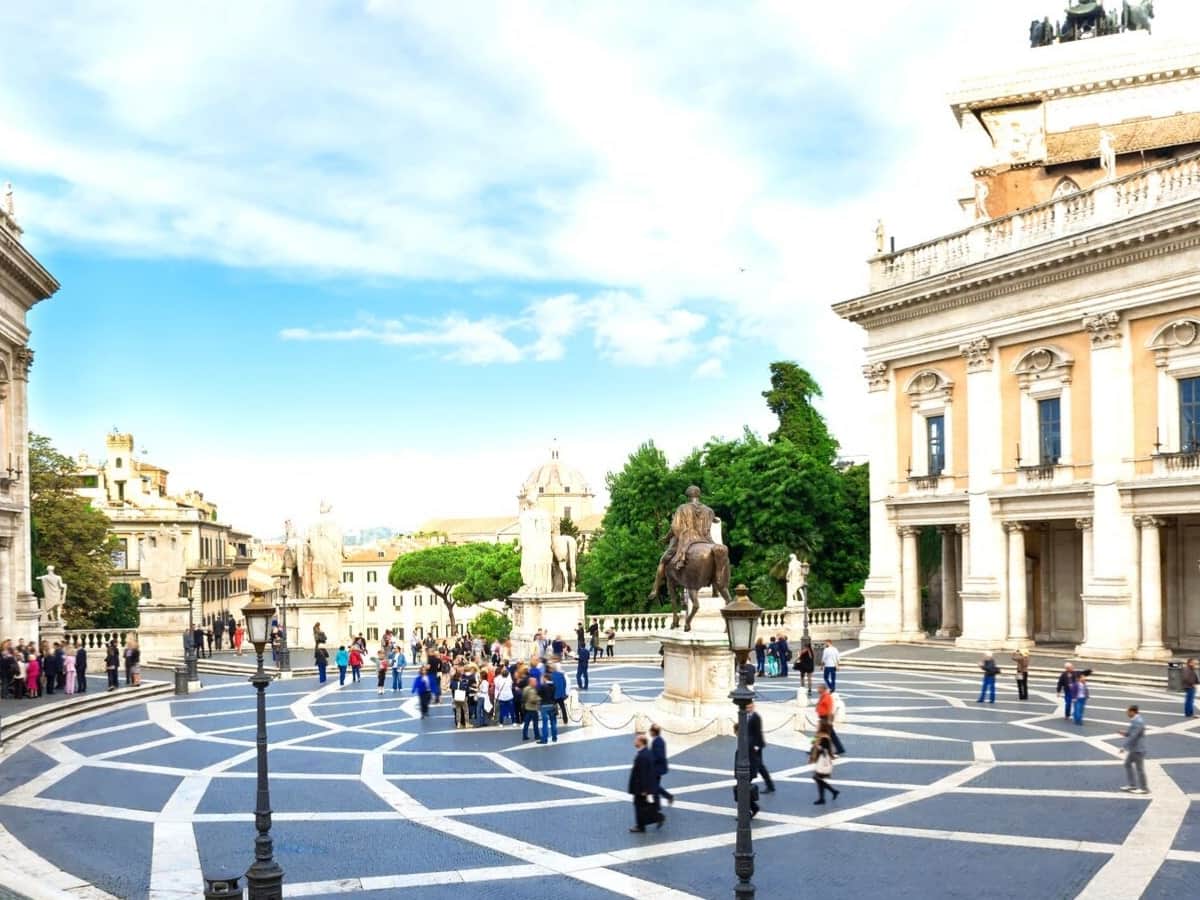 Most Iconic View of Rome

If you're looking for a more intimate view of Rome, look no further than the Campidoglio. From here you'll get a bird’s eye view over Rome from the very heart of the city. Sitting at the back of the Capitoline Hill, the Campidoglio is a narrow terrace overlooking a spectacular panorama of the Roman Forum, the likes of which cannot be matched. Directly behind this view point is Piazza del Campidoglio, a beautiful square, frequently used for wedding celebrations and momentous occasions. Piazza del Campidoglio was designed by Michelangelo during the 16th century and is now home to some of the most beautiful renaissance architecture in all of Italy.

The best time to view the Campidoglio is at night, after the Roman Forum closes, it is only then that you can fully embrace the twinkling lights laid across the city’s limits. The Capitoline Hill was originally known as the political centre of the Roman Empire and has since seen the birth of important buildings such as the house of parliament and Capitoline museum. We think it would be amiss to not visit the piazza at some point during your trip. 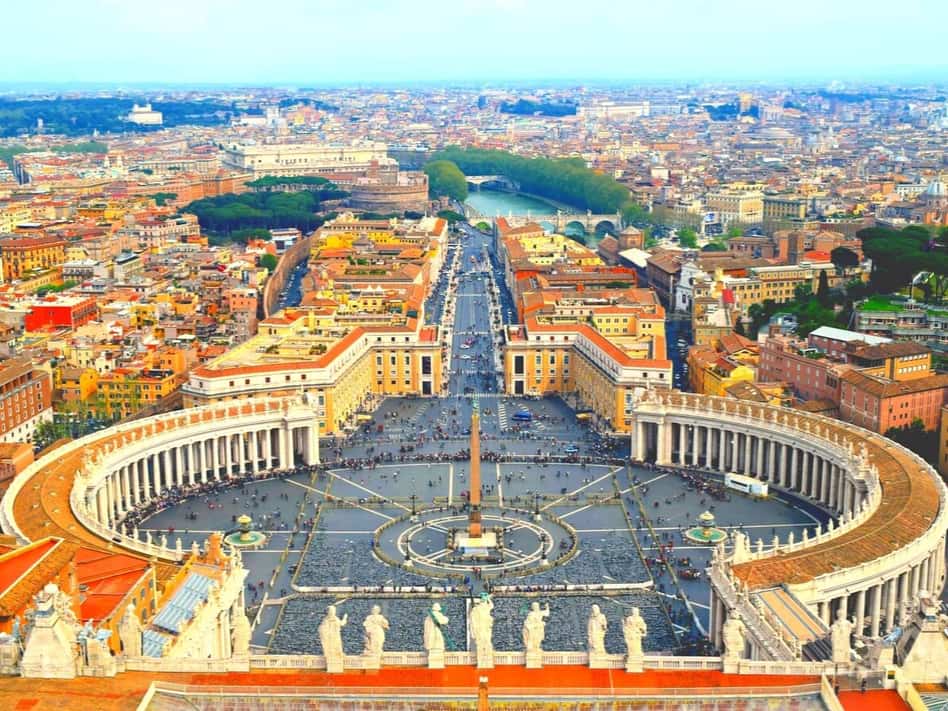 Most Central View of Rome

Originally designed by Michelangelo, construction of the Cupola began as early as 1547. After Michelangelo’s death, his pupil “Giacomo Della Porta” took over construction and completed the cupola by 1590. There are two levels to visit as part of this view. To reach the first level you can either climb the hefty 231 steps or pay a €2 surcharge for the elevator. We recommend the latter as stairs are mandatory for the second part of the climb.

At the first level you are brought to the inner part of the dome. This provides magnificent views of the basilica as well as a detailed view of the mosaic walls. From here you can venture out onto the roof for a better view. The second stage of the climb involves 320 steps up a steep and narrow staircase. However, the end result pays dividends once you reach it. You will achieve an overlooking view of the whole Vatican City as well as a panorama of Rome. The Cupola can be visited after any of our Vatican Tours. 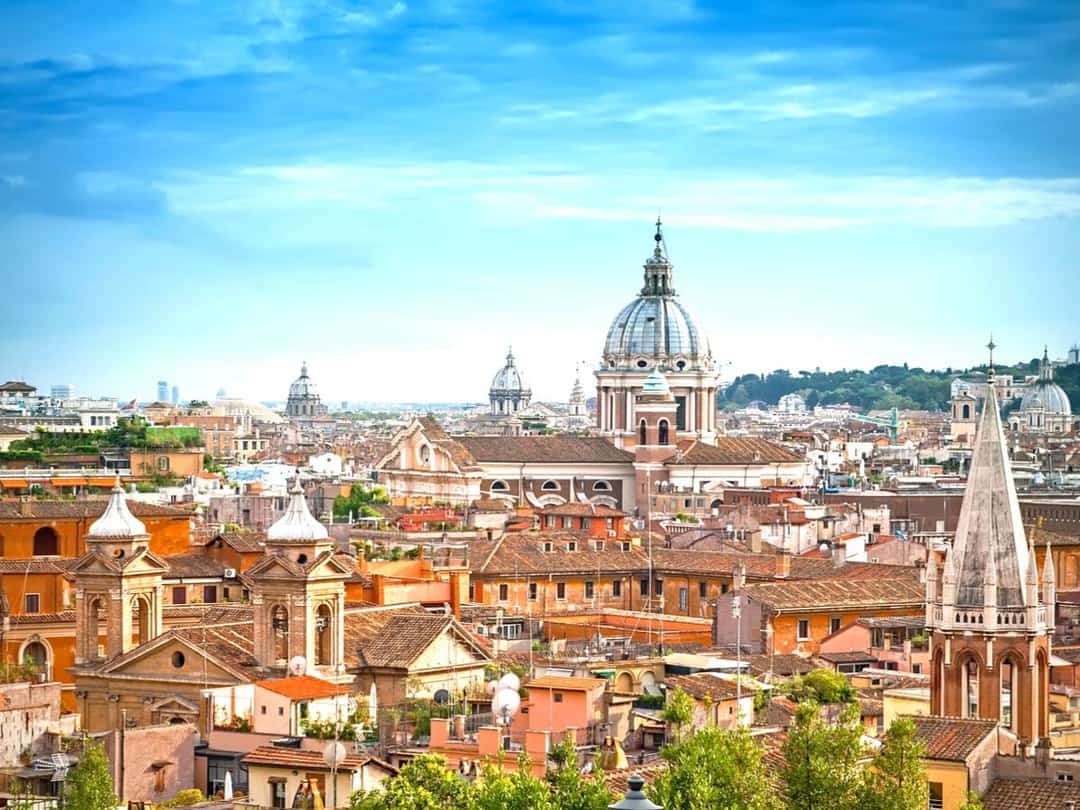 Most Scenic View of Rome

The orange garden of Rome is one of the city’s most beloved and sacred open spaces. Spanning almost 8,000 square meters, this park is not only a spectacle in itself but offers one of the most scenic panoramas in all of Rome. Legend has it, Saint Dominic planted the gardens first orange tree. For this reason, it is now forbidden to pick the fruit. Located behind the Basilica of Santa Sabina and to the side of Piazza Pietro d’Illiria, this area boasts a beautiful view of the Roman skyline. 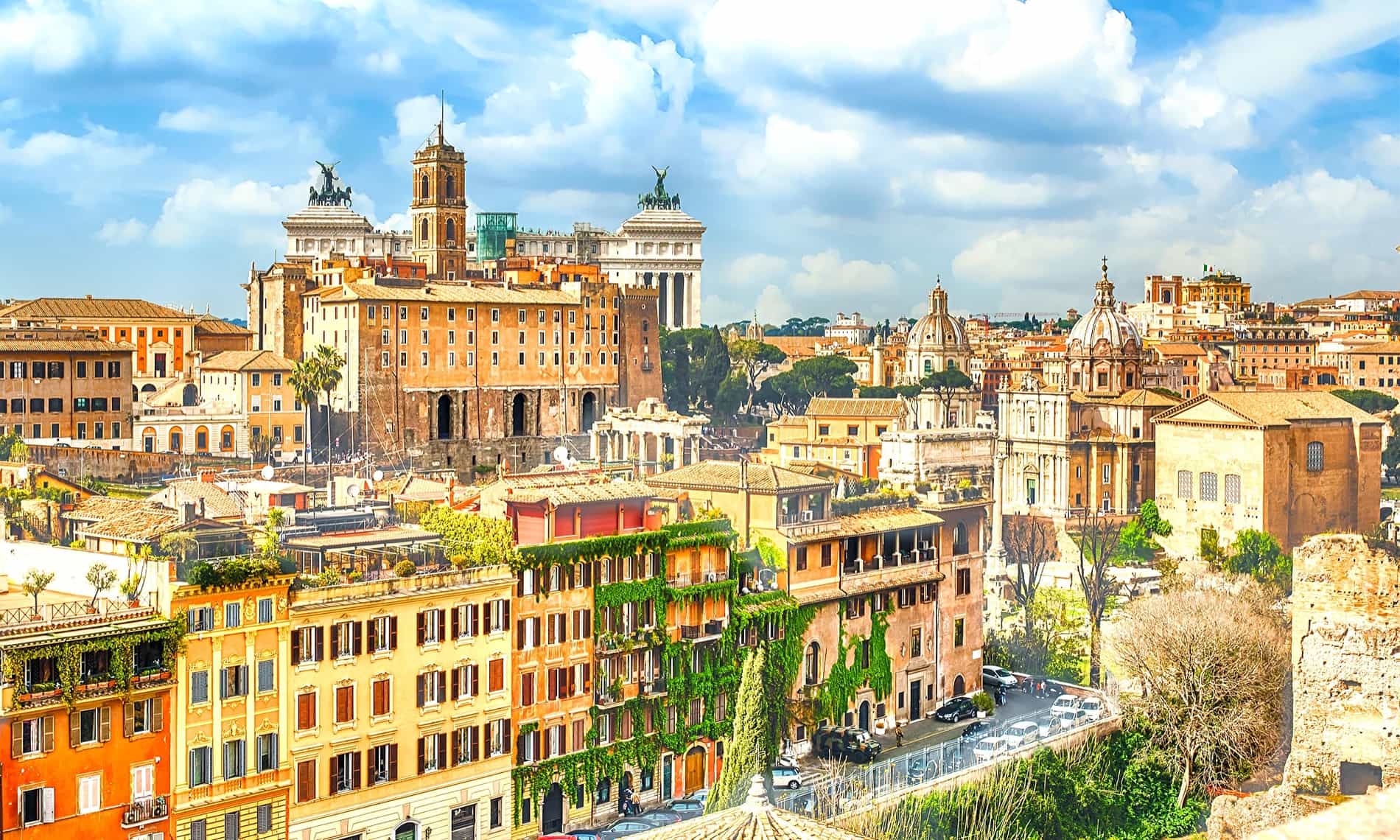 Most Historic View of Rome

Overlooking the Roman Forum, Circus Maximus and the Colosseum, the Palatine Hill is one of the most well-known and respected sites in all of Rome. Home to many historic sites such as; Flavian Place, Stadium of Domitian, Hut of Romulus, House of Augustus and House of Livia, this viewpoint is much more than just a hill.

As this marks the foundations of Rome, we have included the Hill in many of our tours. If you would like for a professionally trained guide to steer you through the Palatine Hill and divulge all that you may wish to know, take part in our “Skip the Line Colosseum and Ancient Rome Tour” or our “Colosseum Underground Tour”.