Finding the Right Colosseum Tour for You 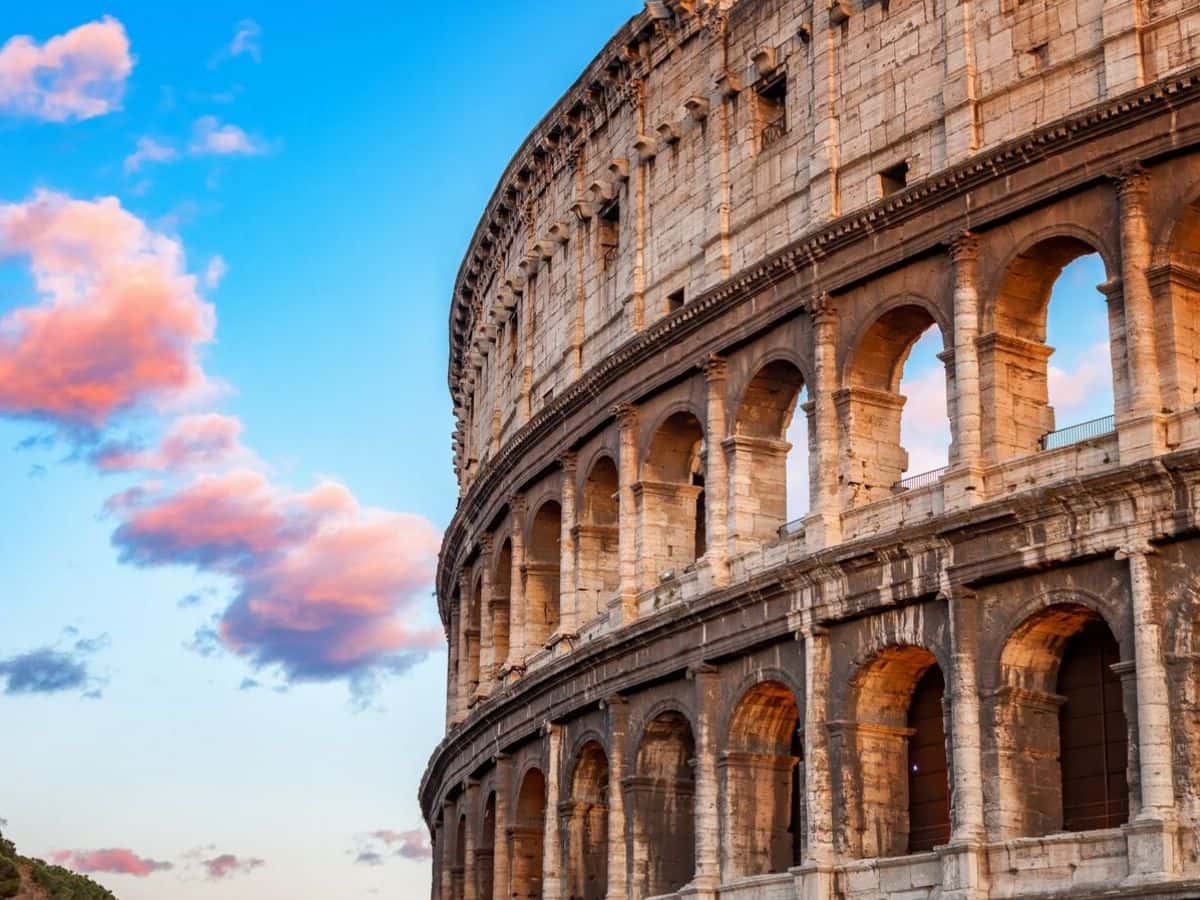 Colosseum exterior as the sun begins to set

The Colosseum was built between 70 - 80 AD. This was during the dynastic Flavian period of the Roman empire, and for a long time the Colosseum was known as the Flavian Amphitheater. The arena had many purposes. First and foremost, it was used as the battleground for gladiators to test their lethal skills against each other and wild animals. It was also used as a theater and for important state ceremonies. And finally, it was a meeting place for Roman society, from the most senior officials, including the Emperor, to working class people.

When you choose one of our classic Colosseum tours, you will experience the Colosseum, Roman Forum and Palatine Hill all in one go. All three of these iconic sights played a critical role in the public life of ancient Rome.

Your vacation time is precious. Make the most of it as you enjoy skip the line access on our Colosseum tour. No waiting in line; just immediate entry into Rome’s most iconic monument. Your guide will bring ancient Rome to life for you with stories and running commentary of Rome that begin with the Romulus and Remus founding myth of the city. Which dates back as early as 753 BC!

This three-hour tour will revive Roman Empire’s most noteworthy characters, including Brutus, Caesar, Mark Anthony, Seneca and Cicero. Listen carefully, and you may just hear the echoes of Roman orators on the breeze. 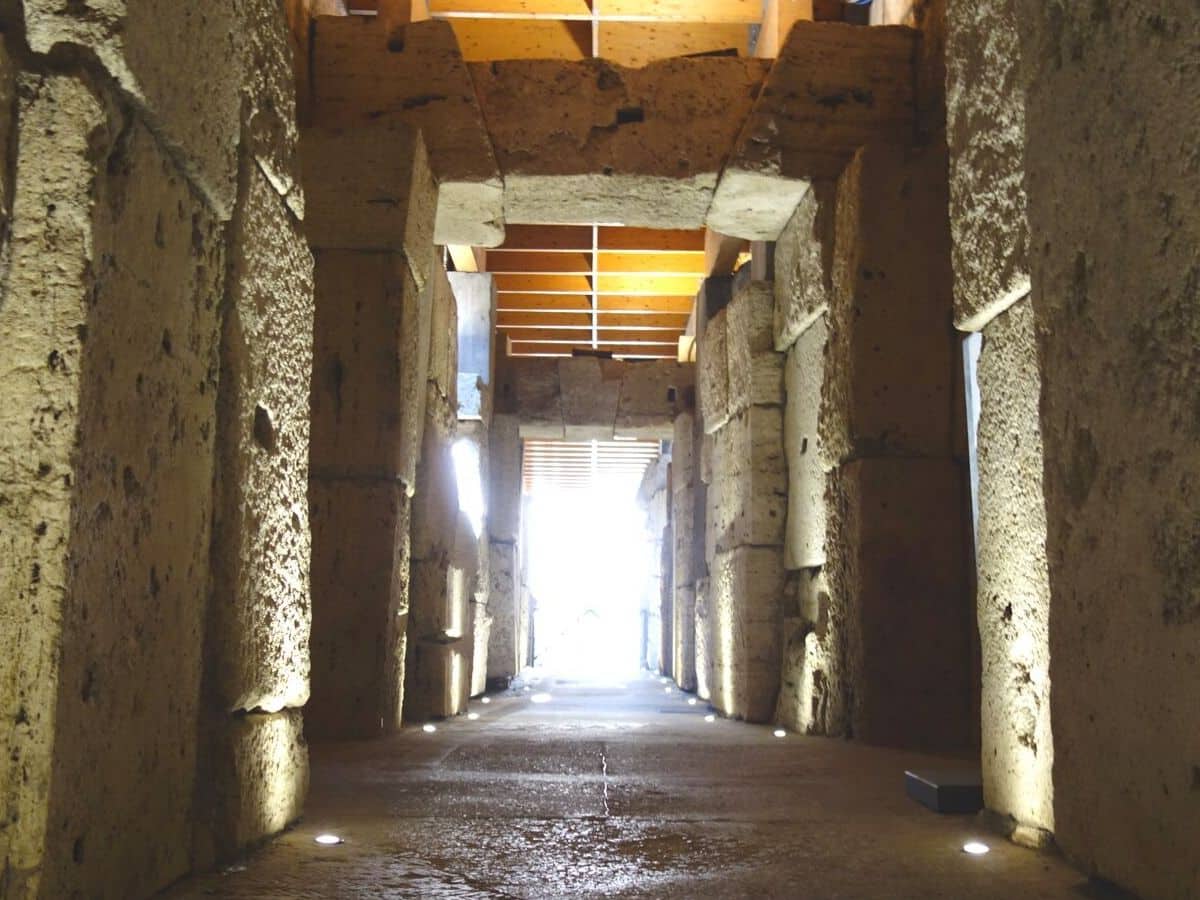 If you want to get to know the Flavian Amphitheater better, why not join a Colosseum Underground tour? You’ll be following in the footsteps of the gladiators as you skip past the lines and gain immediate access to the Colosseum.

Along with the time you’ll spend above ground, your guide will also take you deep into the inner workings of the underground nexus. This is where the grand events that regularly took place at the Colosseum were orchestrated and managed.

More than 80,000 people would fill the seats to watch the bloodthirsty gladiatorial battles that were waged below. Your guide will lead you into the vomitoriums for you to experience the view from the seats of spectators and gain an insight into what those sitting in these seats would experience during gladiators’ brutal battles.

The Colosseum Underground tour takes you right to the heart of where Christian martyrs, gladiators, wild animals and condemned criminals awaited their fate. This is the closest you’ll get to ancient Rome in real life.

The Colosseum by Night 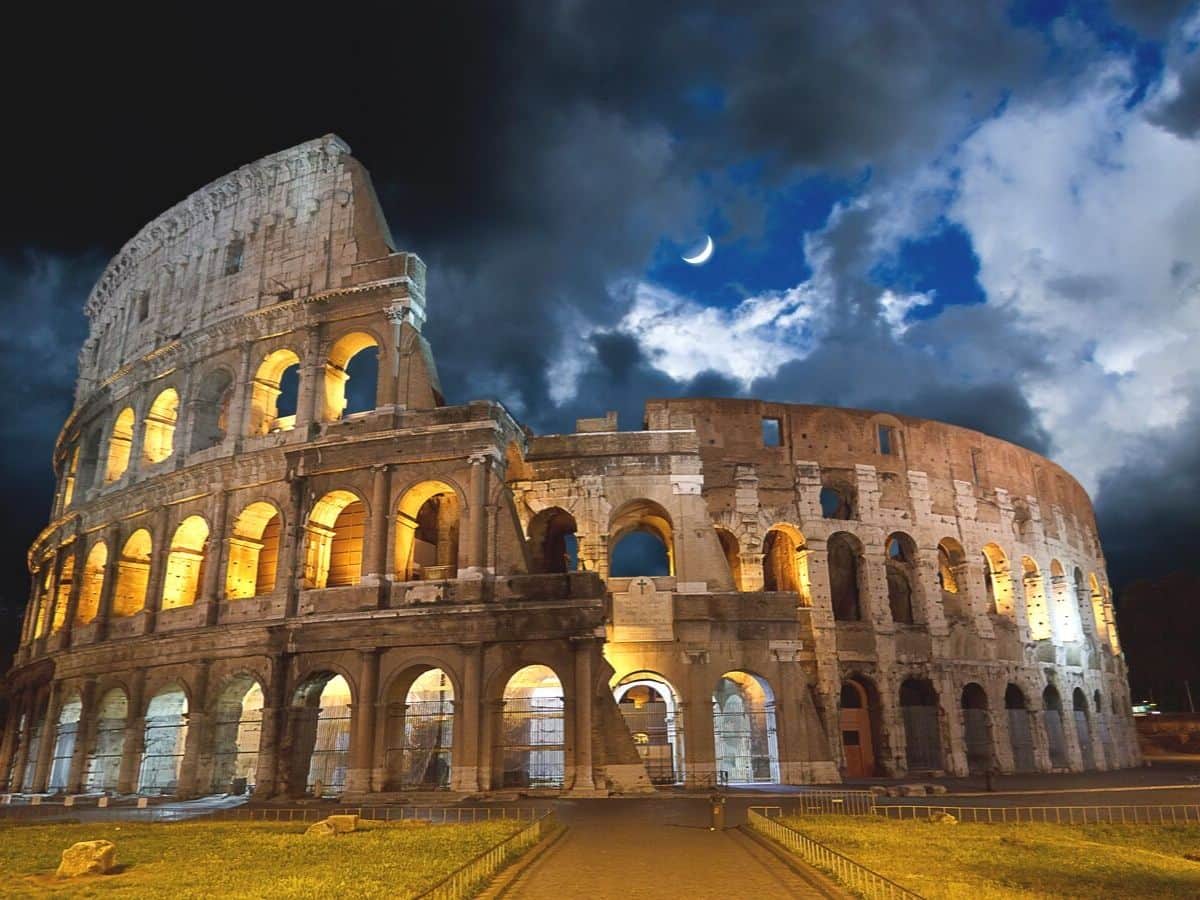 For a unique experience that elevates exploring the Colosseum to a whole new level, why not explore it once the sun sets? Our Colosseum tour at night offers a unique perspective on this iconic building and the priceless opportunity to explore this landmark once most of the tour groups have left for the day!

Your night tour begins on the ground level of the Colosseum. The monument’s night time illumination makes for an even more imposing sight than in the daylight. Then, you’ll head into the rarely explored underground of the Colosseum. This area, along with the arena floor, brings the Colosseum’s fascinating history to life.

The tour will also explore the Roman Forum, temples and sanctuaries of Rome’s famous Vestal Virgins. All of these monuments played a crucial role in ancient Rome. 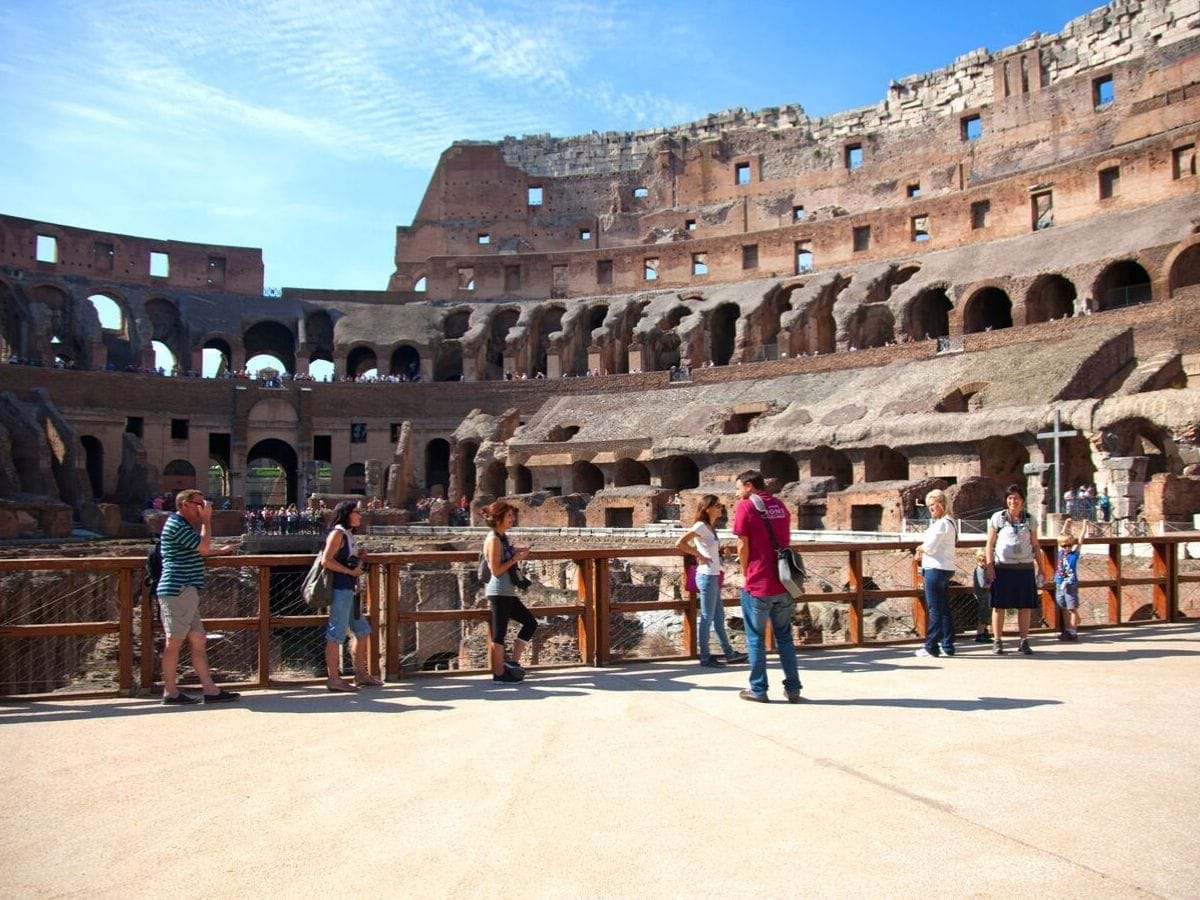 Our Colosseum Arena Floor tour provides you with a 1.5 hour experience that explores the Colosseum - and includes two special extras.

Firstly, you’ll figuratively step into the gladiators’ sandals by entering the Colosseum through the Gladiator’s Entrance. Not only does this entrance give you an idea of how thrilling it must have been to participate in gladiatorial combats, but it also entitles you to skip the long lines waiting to enter Rome’s most famous landmark. That’s a win in anyone’s book!

Secondly, on our express tour, you’ll experience the best of the Colosseum from both above and from ground level. That’s because entrance onto the Arena Floor is included. Stepping onto the Arena Floor gives you a backstage pass to ancient Rome, as it’s here that the gladiator battled it out to the death. Take a moment to imagine the adrenaline that must have been pumping through the veins of the gladiators themselves, the wild animals kept down below and the condemned criminals as they all waited for the battles to begin.

Once you’ve completed your express tour, you have the option to visit the Roman Forum and the Palatine Hill. Skip the line access is still included in your ticket because you’re part of the gladiator community now, and gladiators don’t stand in line.

The Colosseum is a time machine

Italy is often called a large outdoor museum, with its many architectural, artistic and sculpture delights dotting the landscape. However, the Colosseum eclipses all of these with its ability to transport visitors back in time. This is not just a legendary monument; the Colosseum is your opportunity to immerse yourself in ancient Roman life!