13 Crazy Facts about the Colosseum

The Colosseum in Rome is one of Europe’s most iconic landmarks. It allows visitors to step back time and live out their gladiator fantasies, as well as providing an insight into the history of the ancient Romans. Not only that, but it’s a fascinating place to experience and tick off the bucket list. Whether you plan to visit the Colosseum at night or during the sunshine hours, you visit promises to be fascinating. So here are 13 crazy facts about the Colosseum! 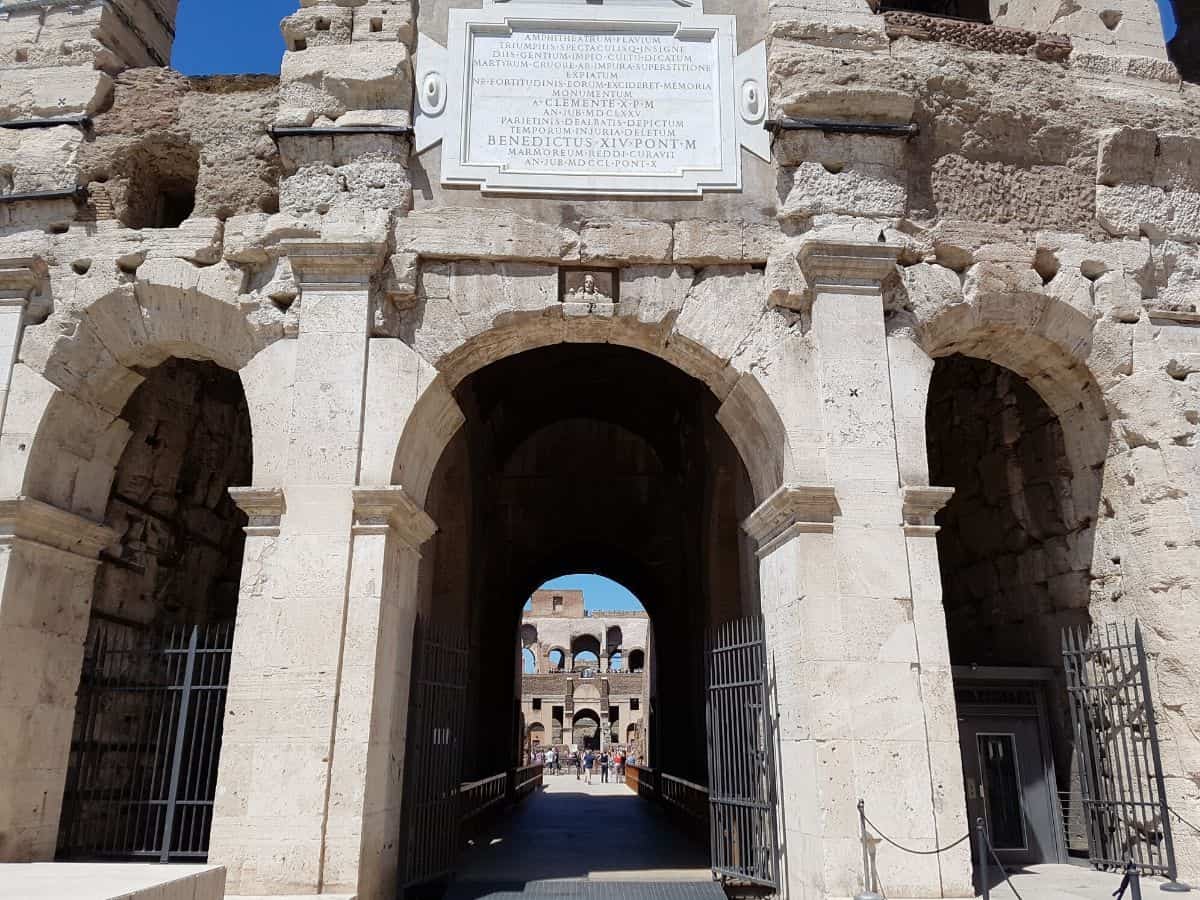 Unlike when visiting an arena for a sporting or music event nowadays, entry into the Colosseum was free for ancient Romans. Not only that, but they got fed throughout the event! It is said that the emperors did this in order to gain popularity throughout the Roman empire. Free entry and food were necessary, because events could last for up to 100 days at the Colosseum. Hours were spent there every day, enjoying the spectacles and catching up with friends.

2. The biggest of its kind 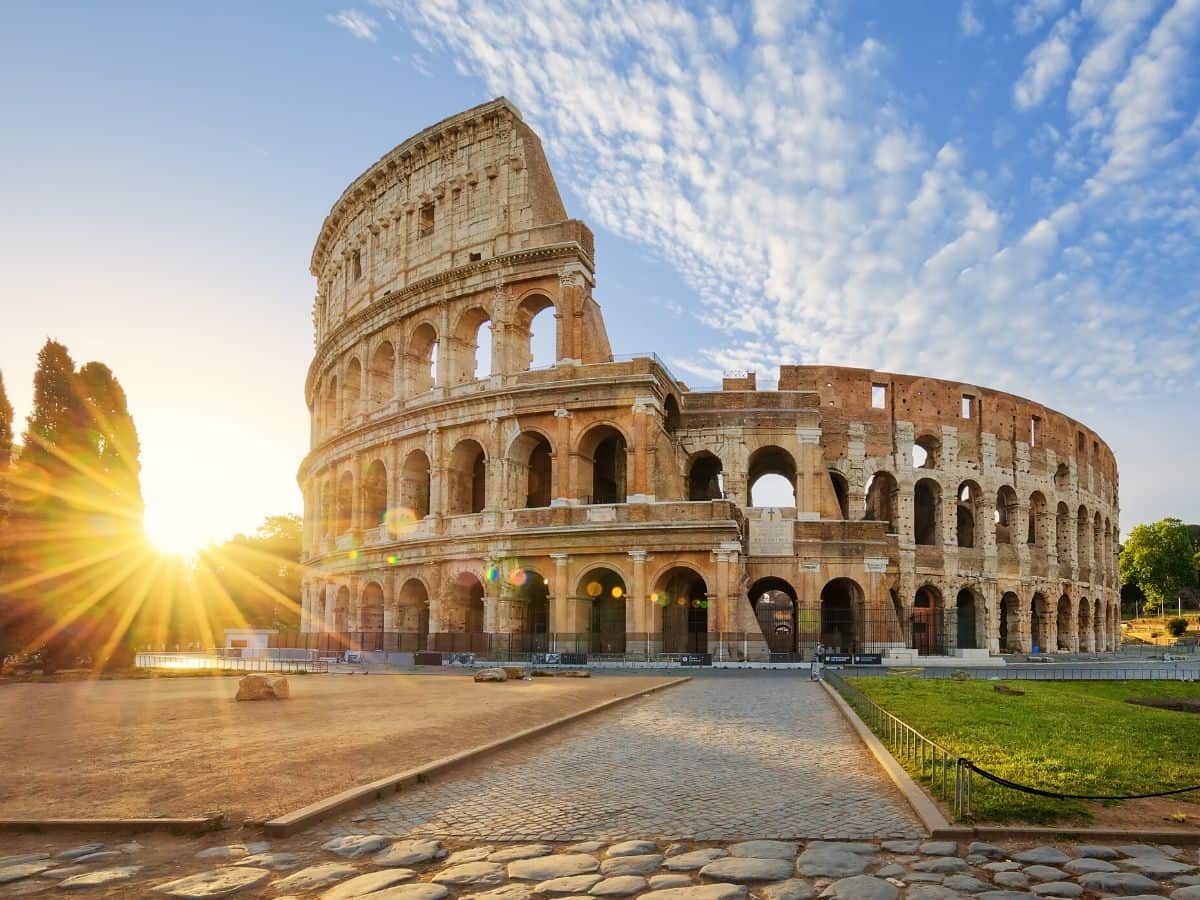 The Colosseum is the biggest amphitheater in the world. It is 189 meters long, 156 meters wide and an incredible 50 meters tall. You can see it in all its glory when you purchase official Colosseum tickets, whether you choose to explore Rome at night or during the day. Bonus fact: The Colosseum was selected as one of the new 7 wonders of the world back in 2007! 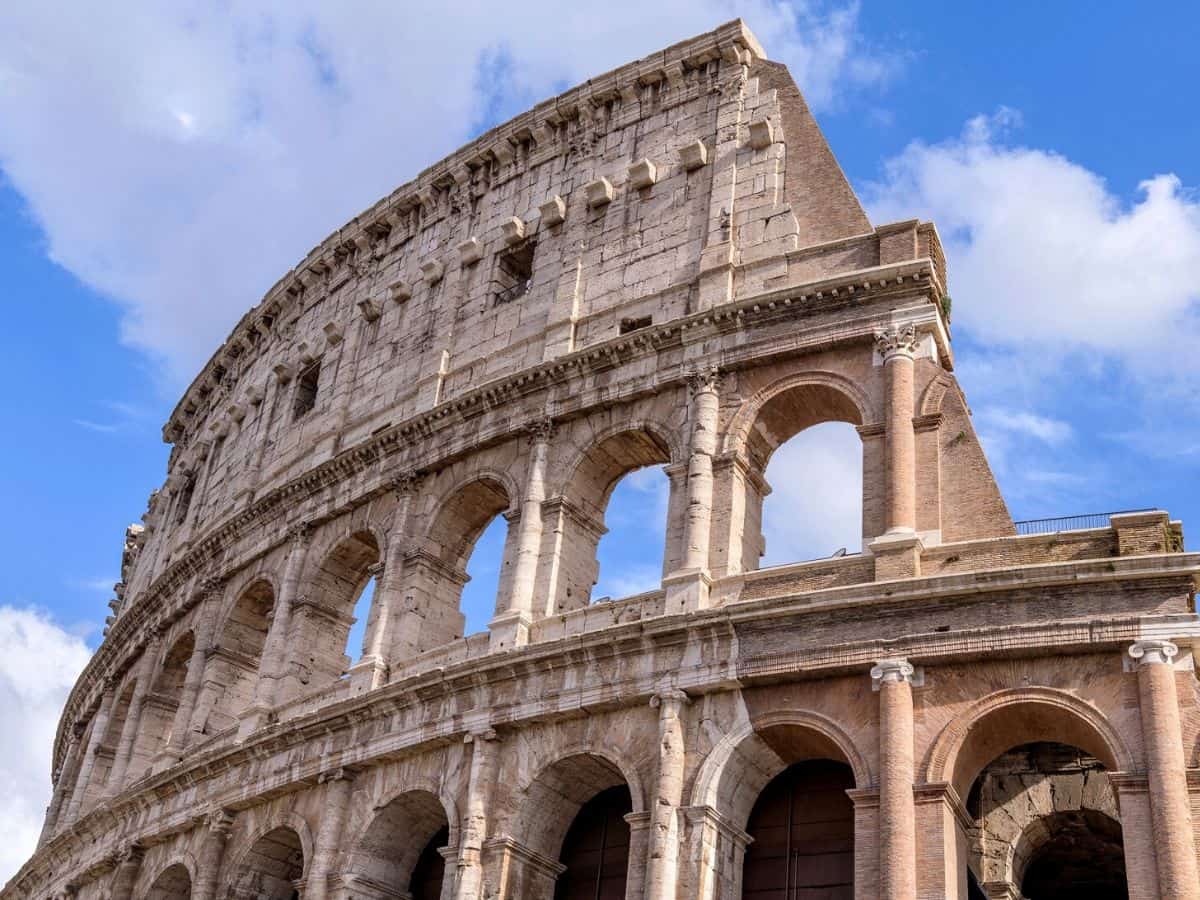 While many, many natural disasters hammered the structure of the Colosseum over the years, two big earthquakes caused the major damage visitors see today. These happened in 847 AD and 1231 AD. 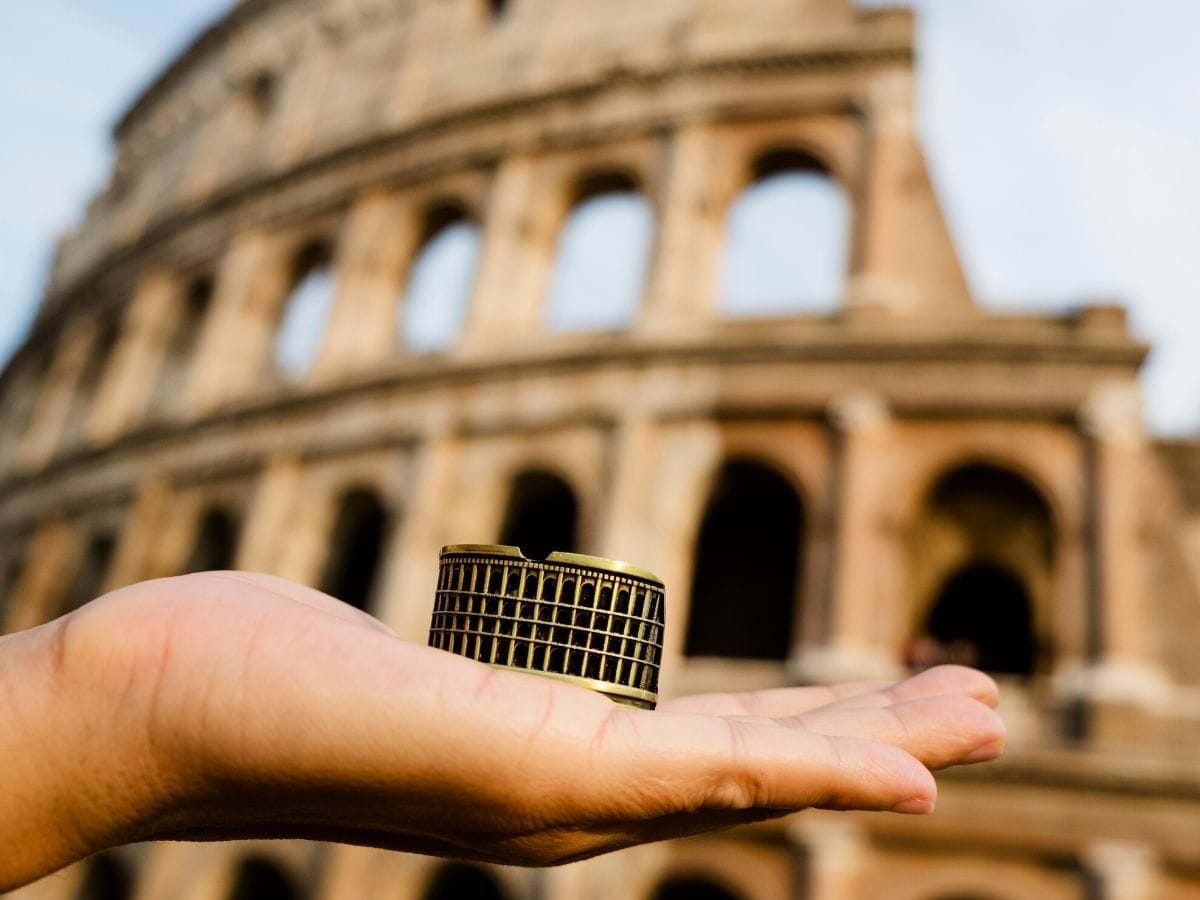 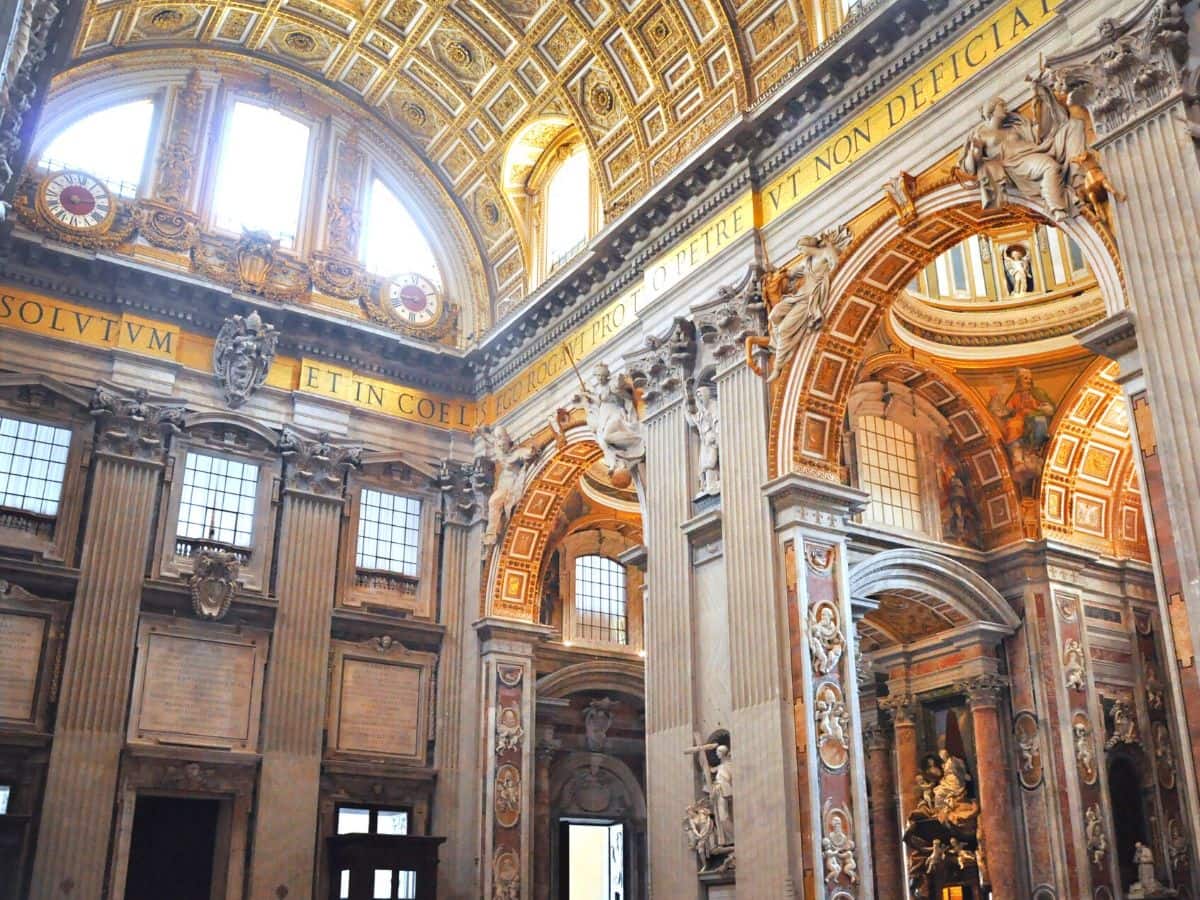 Parts of the marble facade and other materials from the Colosseum were actually used in the construction of St. Peter’s Basilica in the Vatican City. This provides a tangible link between ancient and contemporary Rome. 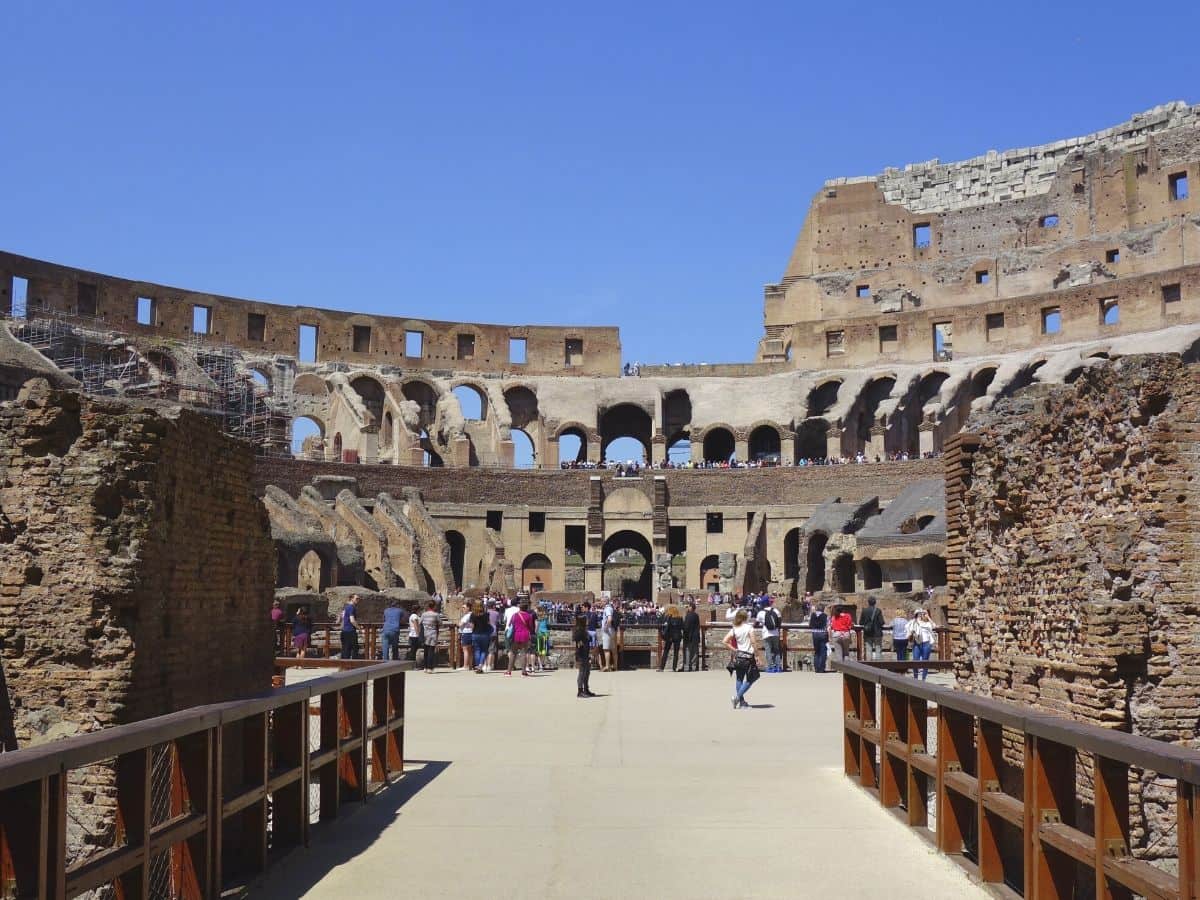 Given that the Colosseum was used for some quite gruesome things - battles and gladiator contests - it is no wonder that it’s seen a fair amount of death over the years. Estimates show that around 50,000 people were killed in the arena, with over a million wild animals succumbing to death at the Colosseum too. The level of slaughter at the arena contributed to the plummeting number of tigers, lions and jaguars around the world - and some say that entire species of wildlife were wiped out across North Africa and the Mediterranean region. 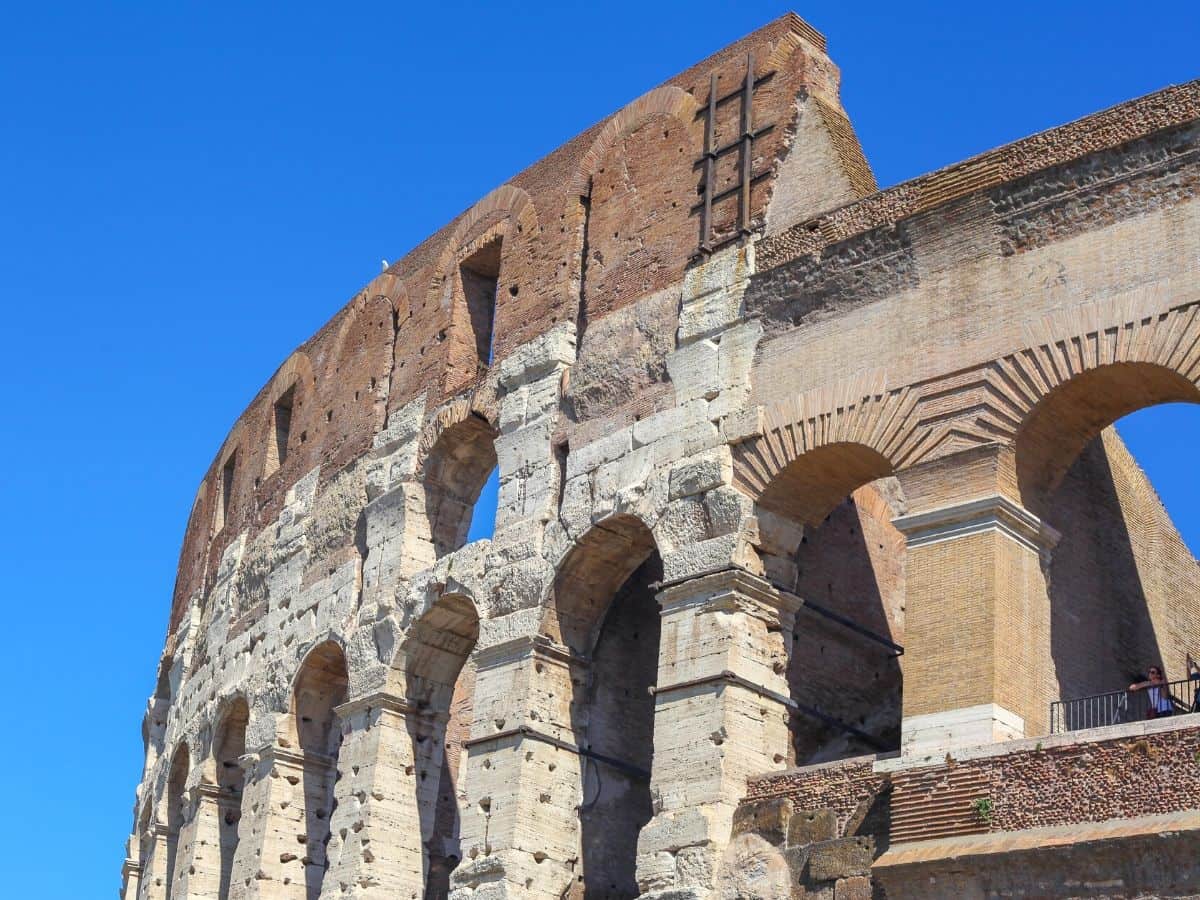 The ancient Romans used a lot of marble to construct the Colosseum. It has been estimated that they used around 100,000 cubic meters of marble, transported in 200 bullock carts to the building site. They also used 1.1 million tons of concrete, stone and brick. To build the Colosseum today, it would cost around 39 million euros - the equivalent of almost 43 million dollars! 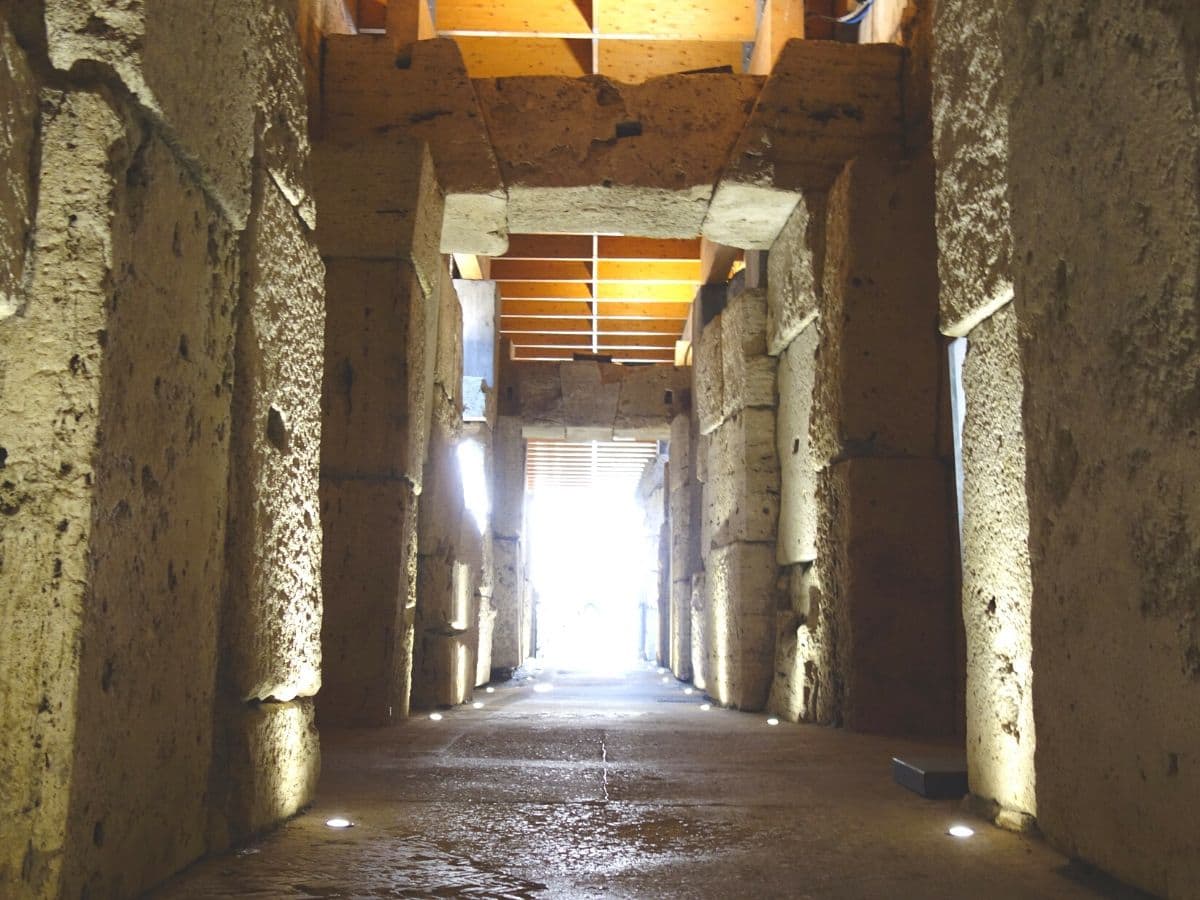 While it is certain that a lot of what went on at the Colosseum was underhand and definitely dangerous, there is also a literal underground area of the Colosseum. Known as the Hypogeum, it was a two-level subterranean network of tunnels with 32 animal pens. There were also 80 vertical shafts which allowed for instant access to the arena - these were used for shifting animals and scenery during shows. 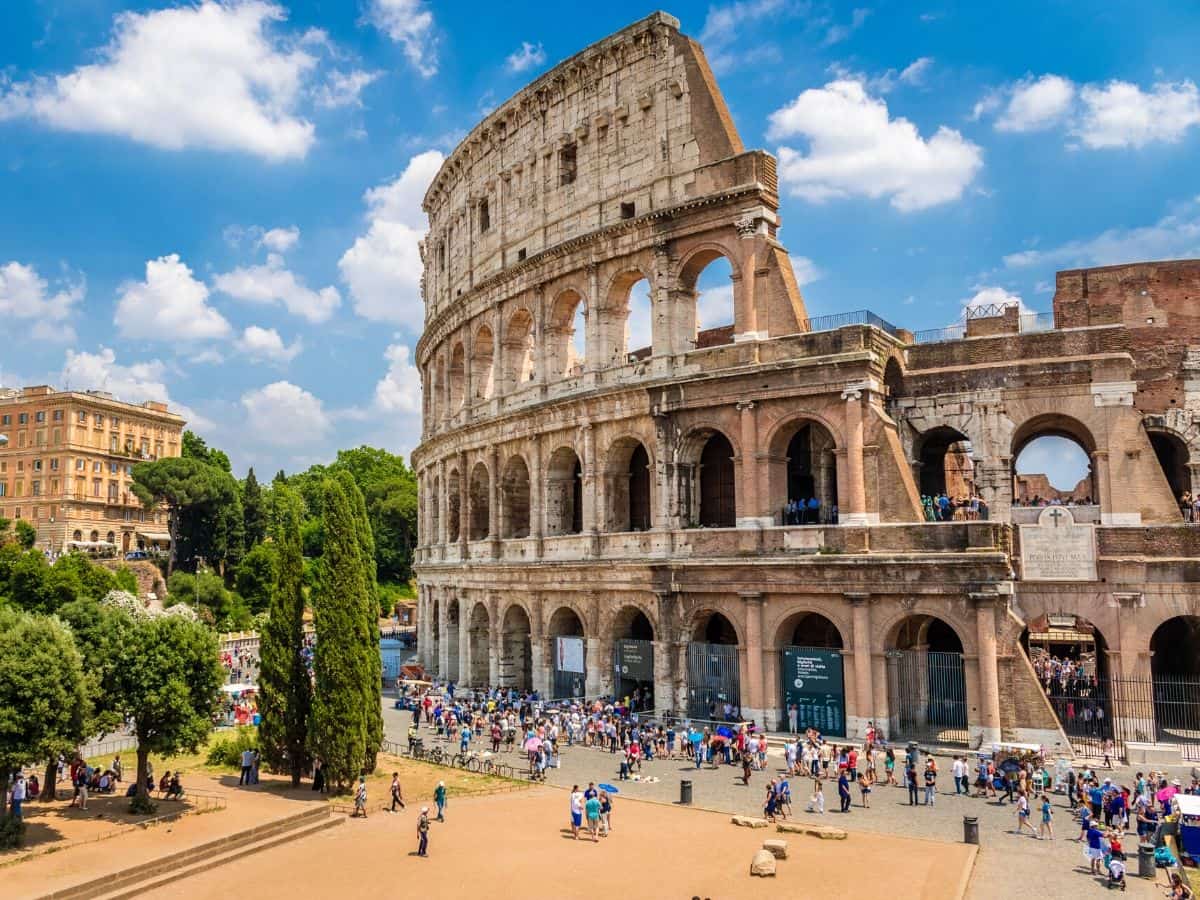 The Colosseum has a whopping 80 entrance arches. This meant, on its busiest days, it was easy for those in charge to let people in and out to watch the games and battles. It could accommodate around 87,000 spectators with tiered seating all the way around.

One of the things the Colosseum was used for in ancient Roman times was mock sea battles - they made for interesting viewing for the regular citizens of Rome who would not have seen real life sea battles taking place. Water could be diverted into the grounds of the Colosseum to provide a more accurate spectacle, and they used replica boats and weaponry. 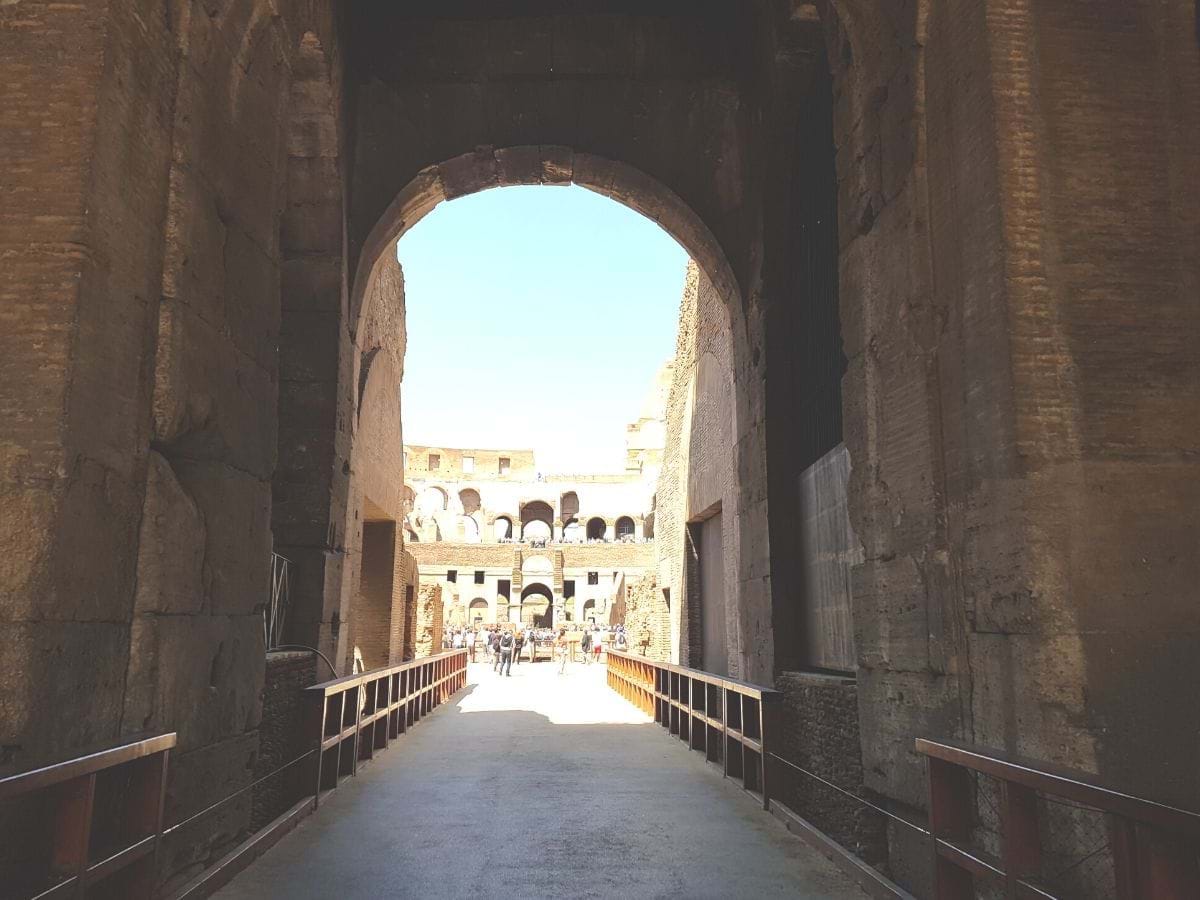 The popular greeting or response of a thumbs up actually originates from the Colosseum. It was a signal that the gladiator was to be put to death via the jugular! Dead gladiators were carried out of the west exit, which came to be known as the Gate of Death.

The Colosseum has been a popular icon throughout pop culture. It has featured in plenty of movies - topical ones such as Gladiator starring Russell Crowe and Joaquin Phoenix, and not-so-topical movies such as The Lizzie McGuire Movie featuring Hilary Duff and Adam Lamberg. It is also somewhere used for gigs and concerts: Elton John, Paul McCartney, Ray Charles and Billy Joel have all performed here over the years! 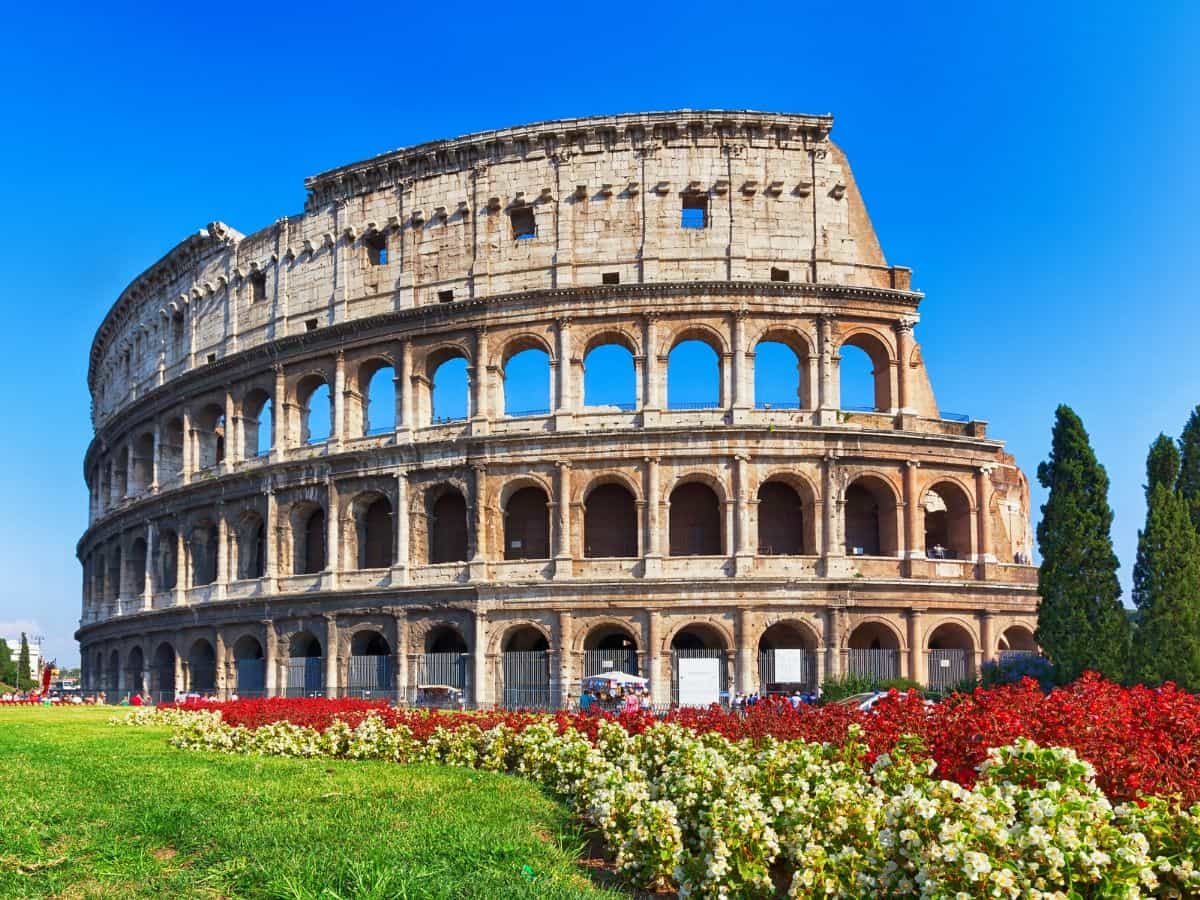 It is not only historians and archaeologists that are fascinated by the Colosseum - botanists are really interested in it too. Over the years, since 1642 specifically, they have cataloged the different species of plants that have taken root across the grounds of this ruined amphitheater. The number stands at around 337.

The Colosseum is one of the most famous tourist landmarks in the world, and no visit to Rome - or Italy as a whole - is complete without seeing it up close. Combine your visit with Roman Forum tickets or take a Colosseum underground tour: no matter how you choose to see this piece of history, you won’t be disappointed. Colosseum opening hours vary throughout the year, but with our tours you are bound to find something that suits you so you can learn even more about this incredible site.

Best Places to Watch the Sunset in Rome